What happened to the nuns?

In a friend's house on Sunday I saw one of those long school photos. It was of a Catholic girls' school, with an impressive line-up of nuns. It was dated 1985. 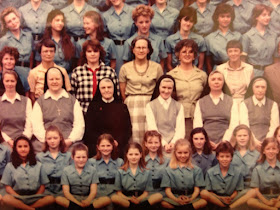 Below it was another school photo, of the same place two years later. There were three of four old nuns in habits, but the rest had disappeared. 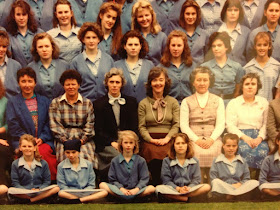 Where had they gone? Well they had literally disappeared, without actually ceasing to exist, because they had given up the habit. They are no longer visible as nuns.

I'd be willing to bet anything that they cited 'Vatican II' as a justification, despite the fact that the Council taught the opposite: Perfectae Caritatis says


17. The religious habit, an outward mark of consecration to God, should be simple and modest, poor and at the same time becoming.

They had evidently already responded to the suggestion (which comes next, in the text) that habits could be 'simplified', by adopting a rather uninteresting habit, but at least they looked like nuns.

Bl. Pope John-Paul II was particularly exercised about religious habits, (eg Vita Consecrata (1996) 25), but his words had no effect on nuns like these. On the other hand, it is hard to imagine a religious community giving up the habit today, or a new one being founded without one. The bright new era of nuns in hideous checked frocks turned out to be a dead end very quickly indeed. 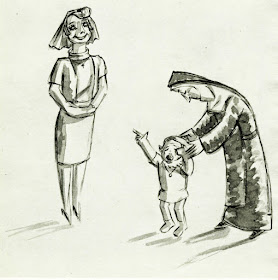 I pity the remaining un-habited nuns and sisters, rattling around in their convents (if they haven't yet moved into an old peoples' home). They married the spirit of the age, and have been widowed.

Here's another Br Choleric cartoon, from 'Cracks in the Curia' (1972); it is uncaptioned. The little girl knows that the habited nun will be nice to her: that is what the habit means, among other things. For her part, the habited nun knows she has a vocation to service: again, the habit she puts on each morning means that. The nun in secular dress is delighted with her mascara, but she has lost both sides of the bargain.
Joseph Shaw at 10:11 am