I'm re-posting this: please book NOW! On the SCT website. 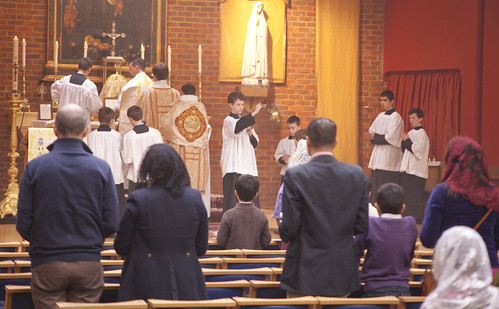 As the name implies, in organisation and pricing it is adapted for families, with children. Unaccompanied adults are very welcome as well.

This year it will be led by Fr Konrad Loewenstein and Fr Seth Phipps of the Fraternity of St Peter. The theme is the Passion.

Don't miss out on this unique event. The Gregorian Chant Network's Training Weekend runs alongside: see the same page for information and booking. 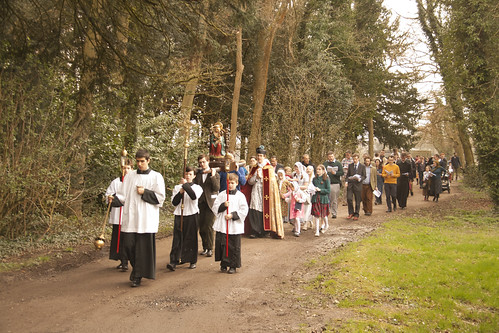 Support the Latin Mass Society
Posted by Joseph Shaw at 12:00 pm No comments:

A recent LifeSite article of mine. It begins:


When asked what he thought about Western civilization, the Indian independence campaigner Gandhi is supposed to have replied, “I think it would be a good idea.” A similar witticism might seem appropriate when considering priests engaged in sexual abuse and celibacy. Celibacy: It would be a good idea.
Cardinal Marx takes a different view. During last October’s Youth Synod, he seemed disappointed that the subject was not discussed. LifeSiteNews reported him as saying that, although “celibacy is not the cause for abuse,” the stresses of unmarried life might be a factor. Now he has arranged for it to be discussed by a synod of the German bishops, saying “sexual freedom” is intrinsic to the “inner freedom of faith and orientation to the example of Jesus Christ” and that celibacy might not be “realistic” for all priests.
It sounds as though Cardinal Marx is preparing to dismiss celibacy, even while paying lip service to its value as an “expression of religious commitment to God.”
Continue reading there.


Support the Latin Mass Society
Posted by Joseph Shaw at 9:56 pm No comments: 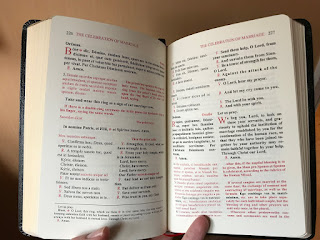 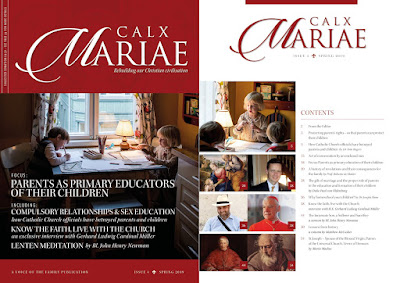 I have an article in the new and excellent edition of Calx Mariae, which is published by Voice of the Family. You can take out a subscription here.

Calx Mariae is an impressive publication, with some very distinguished contributors: this issue has articles by Prof Roberto de Mattei and Duke von Oldenburg. 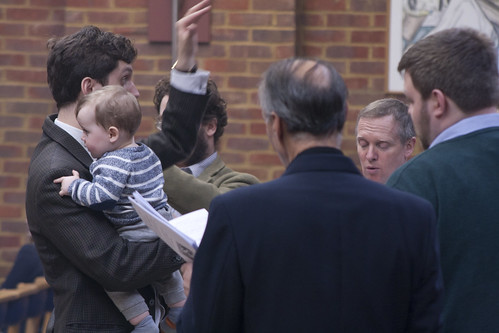 
Many proposed solutions to the crisis in the Catholic Church focus on structural or administrative reform. Administrative solutions are attractive because they promise that our problems could be solved by a committee somewhere coming up with a new set of rules. Wouldn’t that be wonderful? It is true that some administrative systems are better than others, and we should naturally prefer better over worse, but no system is better than the people who administer it. What was going wrong in past decades was already against the rules, but the rules were not being taught in seminary, they were not being preached from the pulpit, they were not being defended in public by bishops, and they were not being enforced by Rome. The rules failed because of a failure of will.
An illustration is given by Cardinal Joseph Ratzinger’s insistence, in 2001, that all cases of the clerical abuse of minors be thenceforth dealt with by the Congregation of the Doctrine of the Faith (CDF), of which he was then Prefect. Ratzinger, later Pope Benedict, deserves credit, which he usually does not get, for driving this through. The reason it made a positive difference was not that before 2001 no one had the job of dealing with these cases. The reason is that for many years a huge number of local bishops, and great swathes of the Vatican curia, had lacked the will the deal with the problem. At that time, the CDF was one of the few places one could go to find people who still believed in sexual sin, and in the appropriateness of punishing it.
Ratzinger’s reform was good news for the many victims who, finally, began to have their accusations taken seriously. But it couldn’t address the fundamental problem, the problem of bishops and various categories of officials who were by character and attitude incapable of dealing with clerical abuse in an appropriate way. Their incapacity is obviously closely linked to the attitudes and behaviors of the abusers themselves.