Traditional Mass to end at Blackfen 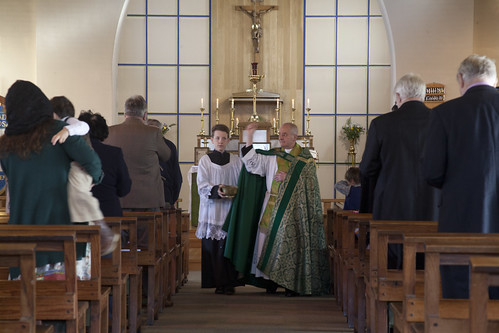 That's what Fr John Zuhlsdorf says: it will end by the end of Septemeber. According to my sources, which are probably the same as his, this is true. It was announced from the pulpit yesterday by the new Parish Priest, Fr Steven Fisher. It was his second Sunday in the parish.

If it isn't true, no one will be more pleased to put the record straight than I.

Archbishop Peter Smith of Southwark did something very unusual in moving Fr Tim Finigan from the parish of Our Lady of the Rosary at Blackfen, to a parish in Margate. The usual thing is that, knowing that there was a long-established group attending the Traditional Mass in the parish, Archbishop Smith appointed a new Parish Priest who was able, and professed himself willing, to carry this on.

It is a tragedy that this hasn't worked. Fr Fisher has decided, for reasons which I'll leave to him to explain, that, having said he would continue to say the EF, he won't after all. 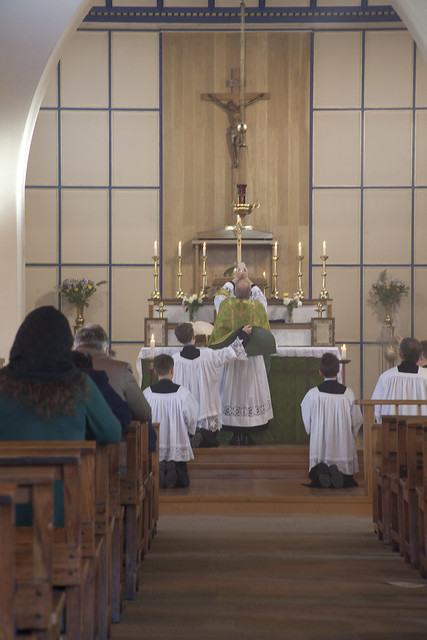 Photos: a Mass celebrated in Our Lady of the Rosary in happier times. Set here.

Support the work of the LMS by becoming an 'Anniversary Supporter'.
Posted by Joseph Shaw at 5:28 pm

New comments are not allowed.