Today I'm re-posting this from January 2014, in response to comments on the book I discuss, Marie Carré's AA-1025, by David Martin over on 1Peter5.

This post of generated a bit of comment when first published, partly from people apparently incapable of understanding the genre of Carré's book. It is a work of fiction; that is not, in itself, a criticism of it, just a classification. It is an exploration of an idea, suggested by the testimony of Bela Dodd and other (alleged) Communist infiltrators into the Catholic Church. What exactly were they doing? What historical events or trends can be attributed to them? So, the reader must ask: does this exploration yield convincing results?

The answer is that the book is very clearly a product of its time, the early 1970s. Vatican II and the liturgical reform were, understandably, uppermost in the author's mind. I point out in the post that the author completely missed the sex abuse scandal, in which real Communists were very interested indeed in the Soviet bloc at the time she was writing, though this was not then publicly known; she also misses Liberation Theology, which was in advanced stages of preparation at that time. Instead she latches onto the liturgical reform, which was something for which real Communists showed no enthusiasm whatsoever. Maybe they believed the claim, frequently made at the time and since, that the Novus Ordo would be a more effective tool of catechesis when preaching was heavily restricted in Communist countries. In any event, the implementation of the reform was actually delayed in parts of the Communist world, by up to 20 years. Nothing like it was ever imposed on the Russian Orthodox Church, over which the Soviet authorities had - to say the least - rather more influence than they had over the Catholic Church. In China, its implementation was a major goal of Vatican diplomacy for years, a hard-won concession from the authorities; the Novus Ordo was first celebrated (by Cardinal Zen, that Communist cat's paw - not) in mainland China in 1989. Marrie Carré wasn't to know all this, of course. But the result is that her assessment of Communist strategy in opposing the Church is way off the mark. 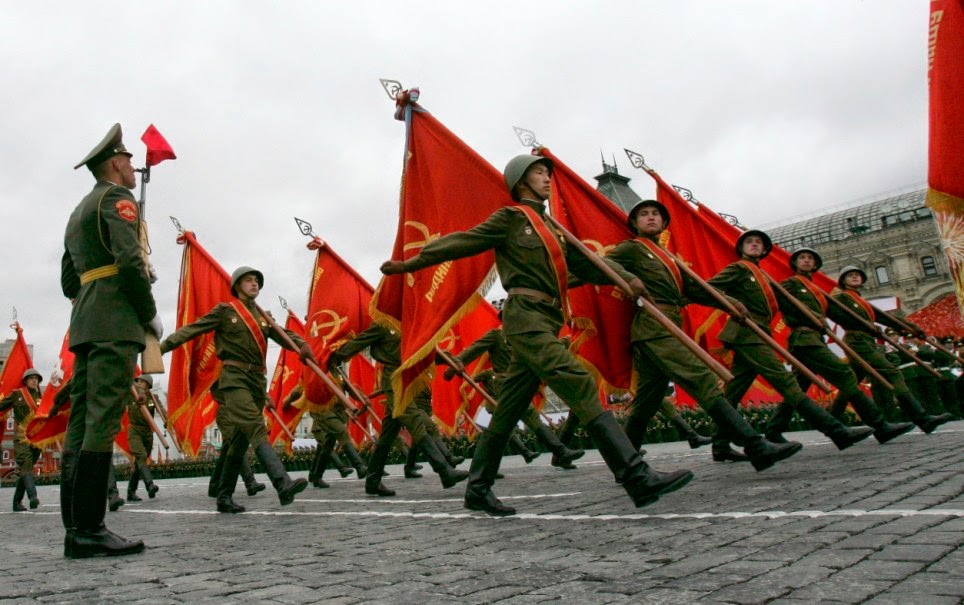 I've just read Marie Carré's strange book AA-1025: Memoirs of the Communist Infiltration into the Church. I've seen it around and hear references to it so I got round to reading it. It is very short, only 120 pages or so; someone has gone to the trouble of putting the whole thing online. It is not very well written, but you can find lots of breathless endorsements online so I thought I'd say something about it.

First of all, it is obviously a work of fiction. It says so on the flyleaf ('This book is a dramatized presentation of certain facts...'). The premise of the book is that it is the autobiography of a Soviet agent who had got himself ordained, which is discovered by chance when he is involved in a car accident. The idea is that Communist efforts to subvert the Church from the 1930s onwards would explain the Church's problems, particularly theological liberalism and the liturgical reform. (More detail here.)

The book was first published (in French) in 1972; since then two things have happened to demolish the plausibility of this idea. (I don't say: to demolish it as an alleged record of a conspiracy theory, because, to repeat, the book is fiction.)

The first is the way real Communists reacted to developments in the Catholic Church, particularly in light of what we now know about their activities in the Cold War from secret files which have become available since the fall of the Soviet Bloc. It is perfectly true, and under the circumstances perhaps inevitable, that in countries under Communist rule the Catholic Church (and the Orthodox too) was riddled with agents; the interesting thing is that the activity of these agents was not, as far as one can see, connected with any terribly sophisticated ideological subversion of the Church. As far as theological and liturgical liberalism is concerned, Poland (for example) under Communism was rather conservative; Communion in the Hand did not come about until after the fall of Communism (and, interestingly, the death of Pope John Paul II). In China, the Patriotic Catholic Church, a wholly-owned arm of the Communist state, was very slow in introducing liturgical reforms after the Council, and the Traditional Mass is still widely available there. 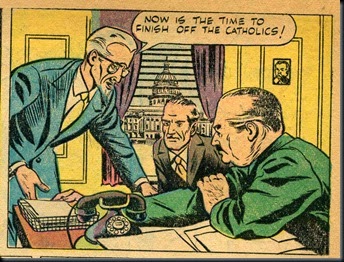 What were all the Communist agents doing? Straightforward stuff about blackmailing each other and trying to stop effective political opposition to the regime being aided by the Church. Just what you'd expect, in fact. Of course, the Communists hated and feared the Catholic Church, and wanted to advance Atheism, but they weren't as clever as all that and anyway had other fish to fry.

The second is the sex-abuse scandal. If anything might lend itself to manipulation by Communists, this would be it. Marie Carré is as blissfully unaware of this possibility as everyone else was in 1971; it doesn't come up in the book. And although sexual failings were meat and drink to the system of blackmail and character assassination carried out by the Communists against Catholic priests, there is no reason to think that any blame for the crisis in America, Ireland, Germany and the UK can be laid at their door.

Who can we blame for the crisis in the Church? Naturally there are external influences on the Church: philosophical and theological ideas from Protestantism, the Enlightenment, and Freud, for example. And in a sense all problems in the Church come from Catholics not being Catholic enough, adopting ideas incompatible with the Faith. But the origin of the ideas of 1960s liberalism is quite clearly the modernism of the early 20th century, which in turn derived from the liberalism battled by John Henry Newman in an Anglican context in the middle of the 19th century.  These poisonous ideas, such as the denial of the transcendent in theology and the liturgy, and the denial of moral absolutes leading to sex abuse, were incubated in Catholic institutions from early in the 20th century, and became the badges of the superior people: the people who regarded themselves as real scholars, real intellectuals, people who weren't backward, childish, reactionaries.

An excellent guide to this process is Malachi Martin's book The Jesuits.

One thing the Carré  book is correct about, is to draw our attention to the long-term causes of the problem, and stop us imagining that everything was perfect up until 1962 or thereabouts. In terms of the intellectual leadership of the Church, the revolution had already triumphed: it just needed to manifest itself. But we can't blame the Reds for this. The rot came from within.
Posted by Joseph Shaw at 4:00 pm