I can now confirm that, at Mass, as well as Dominican chant sung by the Schola Abelis, we will have some particularly lovely early polyphony from the Newman Consort, a choir associated with Oxford's Ordinariate group. They will sing parts of Ockeghem's Missa Sine Nomine and of Martini's Missa Ferialis, then the motet Intemerata Dei Mater by Ockeghem. 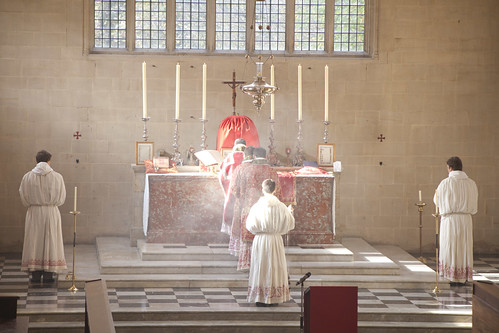 The Latin Mass Society's Pilgrimage to Oxford - which I organise as the Society's Local Representative - will take place on 29th October, with High Mass in Oxford's Blackfriars at 11am, in the traditional Dominican Rite, followed at 2pm by a procession to one of the two sites of martyrdom in the city. 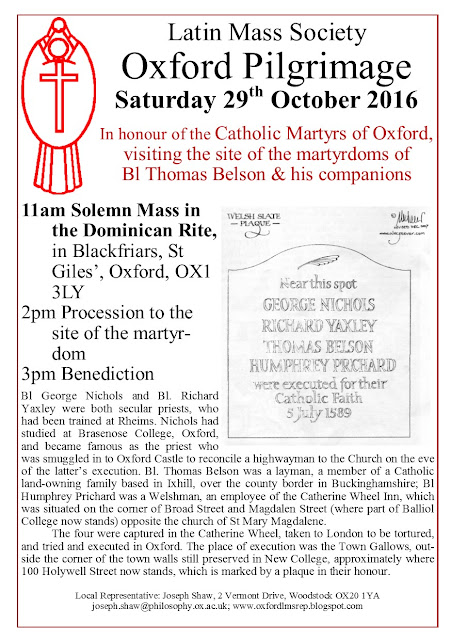 We've been doing this since 2005, but it didn't take place last year because the ceiling of the church had collapsed. I'm glad to say that it has since been repaired! It is a wonderful event, we get a good number of people to process through the streets of Oxford with a processional statue, and we have a mock-up gallows at this site of martyrdom which always draws the interest of passers' by, and the occasional comment in a student newspaper. 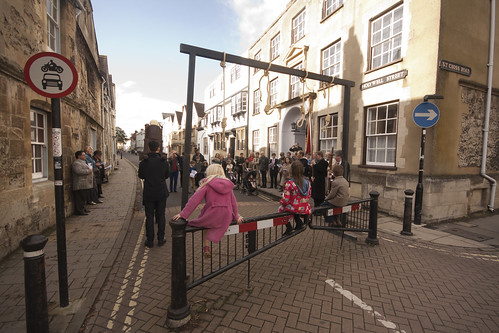 It is worth making the point: it wasn't only Anglicans who died for their beleifs, or religiously motivated actions, in Oxford. Four Catholic martyrs died in 1589, on this spot, two priests and two laymen, and another priest, Bl George Napier, died on the Castle gallows in 1610. All have been beatified.
Support the work of the LMS by becoming an 'Anniversary Supporter'.
Posted by Joseph Shaw at 10:00 am