In 2014 the Latin Mass Society organised a devotional 'walk' from the site of Newgate Prison to the site of the Tyburn Tree, the gallows where prisoners from Newgate were executed, among them at least 105 Catholic martyrs. We didn't manage to do it last year, but it happened on the Bank Holiday Monday this week, while I was still in Walsingham. Here are some pictures, thanks to @idlerambler. 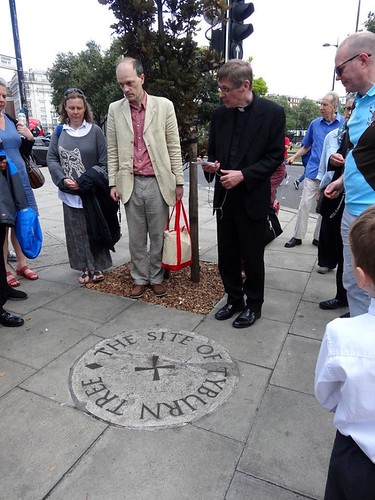 In 2014 we had 45 people with us; this year, there were 70. Also, this year we had Low Mass in Tyburn Convent, build near the site of the Tyburn Tree, which was a great privilege.

The walk was led by Fr Mark Elliot-Smith of the Ordinariate of Our Lady of Walsingham, who is based nearby in Our Lady of the Assumption, Warwick Street. 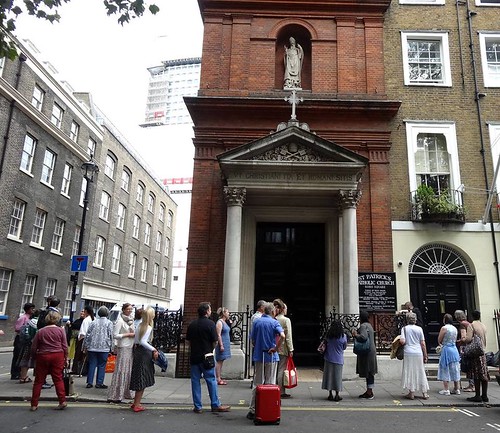 The above is St Patrick's, Soho Square, which is close to the route. And below is Tyburn Convent. 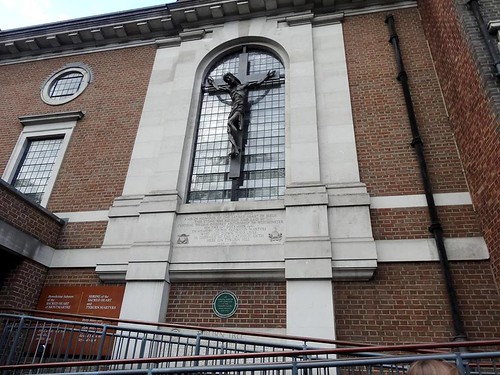