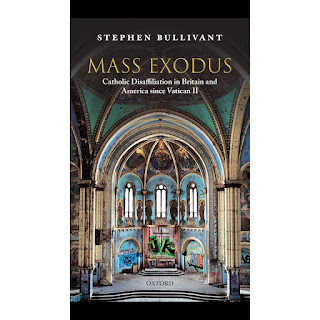 Our series of Iota Unum talks in London continues with Prof Stepen Bullivant, author of Mass Exodus, talking about his study of Catholic lapsation since the second world war.

Did Vatican II have anything to do with it? Stephen Bullivant, a sociologist of religion, will tell you...

6:30 for 7pm in the basement of Our Lady of the Assumption, Warwick Street: please use the Golden Square entrance. £5 on the door. Drinks and a good company.

See my discussion of the book on LifeSiteNews.


Support the Latin Mass Society
Posted by Joseph Shaw at 7:10 pm No comments:

The Society for the Protection of Unborn Children is being joined by the Latin Mass Society and the Good Counsel Network in organising a pilgrimage to Walsingham on 7-8 December, with a short conference on the Saturday and a Sung EF Mass on Sunday (10am in the Reconciliation Chapel at the Catholic Shrine, Houghton St Giles), followed by a procession to the site of the Holy House in the grounds of Walsingham Priory.

The pilgrimage is in response to recent legislation imposing compulsory sex education on schools, including Catholic schools, and seeks God's grace for those, above all our bishops, in responding to
this.

The conference will be addressed by Joseph Shaw, Chairman of the Latin Mass Society.


Support the Latin Mass Society
Posted by Joseph Shaw at 4:47 pm No comments: 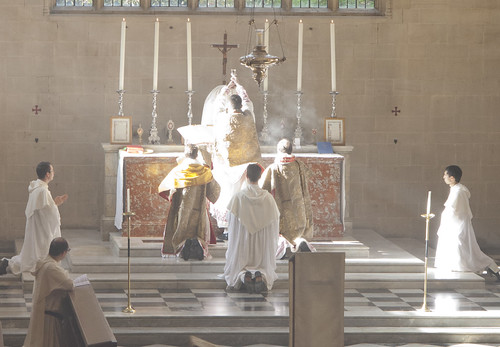 Last Saturday was the LMS Pilgrimage to Oxford. We had a lovely Dominican Rite High Mass in Blackfriars, with the Schola Abelis singing Dominican chant, and the Newman Consort singing Byrd's Four Part Mass, with a motet by Baudldeweyn, Ave caro Christi cara: all of which was lovely. 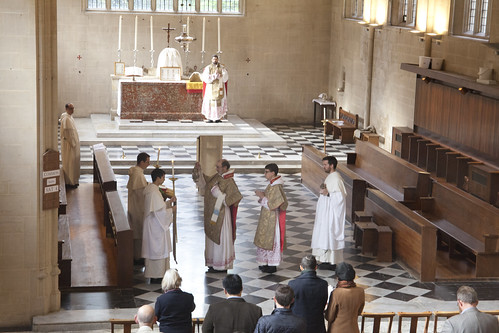 Read more »
Posted by Joseph Shaw at 9:18 am No comments:

Pachamama is a pagan deity

My latest on LifeSiteNews.
Quite a lot of what is happening at the Synod on the Amazon right now in Rome is shrouded in mystery, since the press is not being allowed to see the texts of synod addresses — even those of Pope Francis. We are left to contemplate the outward spectacle, which started with a strange tree-planting ceremony in the Vatican gardens and continues with processions and displays in St Peter’s and elsewhere. At the ceremony, and in many of these displays, is a figurine of Pachamama, which in the tree-planting seemed to be what various participants were bowing before, while Pope Francis stood in the background.
Heroic efforts have been made to explain Pachamama away. Austen Ivereigh, the papal biographer, declared not only that she was a native representation of the Blessed Virgin Mary, but that anyone expressing concern about the figurine was racist. It took the Vatican press officers to disabuse him. In a press conference, Bishop David Martínez de Aguirre Guinea of Peru suggested instead:

Probably those who used this symbol demonstrated, wishes to reflect fertility, to women, to life, the life presence among these Amazonian people … and Amazonia is meant to be full of life. I don’t think we need to create any connections with the Virgin Mary or with a pagan element.

On this line of thought, the figurine represents an abstraction, or perhaps a collection of them: ‘fertility’, ‘women’, ‘life’.
Continue reading.

Scalfari and the Pope on the Divinity of Christ

Earlier this month, journalist Eugenio Scalfari claimed that Pope Francis believes, "once incarnated, Jesus ceases to be a God and becomes a man until his death on the cross."

Scalfari’s claims about the beliefs of Pope Francis have been puzzling Catholics for six years, and from time to time elicit some form of denial from Vatican spokesmen. On this occasion, they pointed out that Scalfari’s apparently direct quotations of the Holy Father are a mere "personal and free interpretation" of his words, and, furthermore, Scalfari has not met Pope Francis for two years.

Neither statement is exactly decisive, especially as Scalfari claims to have telephone conversations with Pope Francis, a claim that has never been denied. Nevertheless, I was inclined to sympathize with the spokesman, Matteo Bruni, who expressed some exasperation. This claim is so ridiculous, he suggested, that it just goes to show how little we should trust Scalfari’s claims.

Oxford Pilgrimage this Saturday: Mass at 11am in Blackfriars 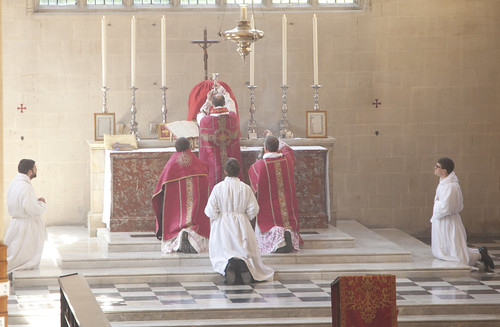 This Saturday, 19th, is the annual Latin Mass Society Oxford Pilgrimage, with a High Mass in the Dominican Rite at 11am, and a procession at 2:15 followed by Benediction.

It is the feast of St Frideswide, the Patron of the City of Oxford, and the Mass will be hers.

Blackfriars is in St Giles in the centre of Oxford, postcode OX1 3LY: click for a map. 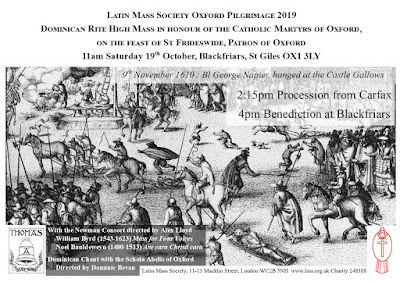 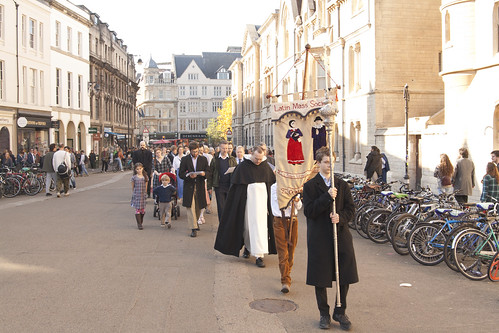 Support the Latin Mass Society
Posted by Joseph Shaw at 2:52 pm No comments:

Our Lady of the Rosary in Holy Trinity, Hethe 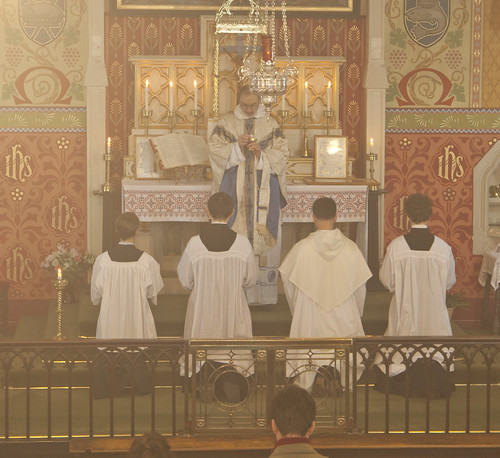 If these photographs look as though they were taken through a gradually thickening fog, they were. There was a lot of incense left over from the previous Mass when we started, and the view from the choir loft became steadily more obscure as Mass proceeded. Nevertheless, it was a lovely occasion, the first time - probably, the first time ever - that the traditional Dominican Rite has been celebrated in this venerable church. 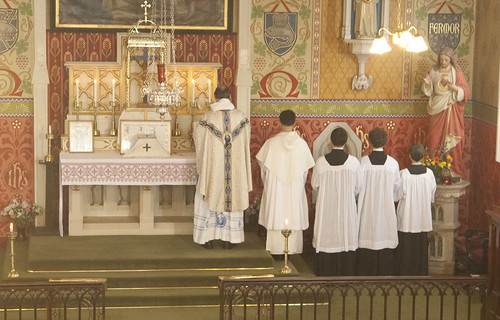 Fr Richard Conrad OP followed the Mass with a blessing of roses, which is a Dominican tradition on this day. Roses, and lilies, are very much a theme of the chants.

Read more »
Posted by Joseph Shaw at 3:24 pm No comments:

Saturday 26th October will see the Latin Mass Society's annul pilgrimage to the Carmelite Priory at Aylesford, home of the Brown Scapular. We have Mass in the Relic Chapel, which houses the cranium of St Simon Stock, the recipient of the promises of Our Lady on the scapular.


Schedule of the 2019 Pilgrimage

Posted by Joseph Shaw at 2:54 pm No comments: