Blessing of Wine for the feast of St John 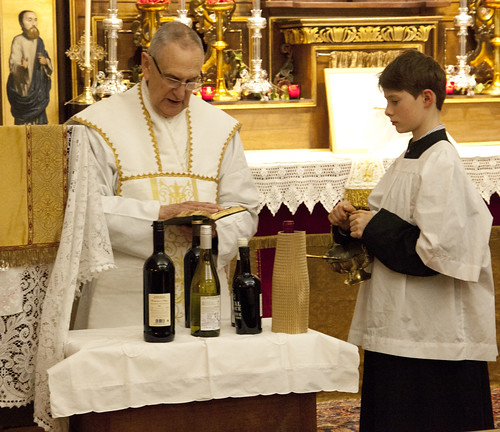 Read more »
Posted by Joseph Shaw at 2:18 pm No comments:

The Logic of the Incarnation

My 'Christmas article' for LifeSiteNews.

In Advent, we expect Christ’s coming in several senses. There is an eschatological sense: we expect Christ to come as Judge at the end of time, an expectation key to the Christian life. There is a sacramental sense: we expect the coming of Christ in the Eucharist, where He will be as real as He was in Bethlehem. There is the spiritual sense: we hope and prepare for Christ to come into our hearts. And then there is the most obvious one, which forms the backdrop to the others. The Second Person of the Trinity, Jesus Christ, is to be revealed as a baby.

Christ has been present on Earth since the Annunciation, hidden in the womb of His Mother. That day, 25 March, was for centuries the start of the English financial year; it is also the date JRR Tolkien chose for the final destruction of the Ring in the Lord of the Rings trilogy. It is, in truth, the date of the Incarnation. In His birth, however, Christ is revealed to us: He becomes, as a man, a public person. It is now possible and appropriate for Him to be venerated by the shepherds and the Wise Men. In His birth He becomes subject to the Law of Moses, at least apparently, though really He is the Lord of it: it pleases Him and His Mother to fulfil the Law scrupulously. In His birth He also becomes vulnerable, and He must be carried into safety from the wrath of Herod. We might say that in His birth, the logic of the Incarnation is worked out more fully.

Posted by Joseph Shaw at 1:06 pm No comments:

Read more »
Posted by Joseph Shaw at 1:30 pm No comments: 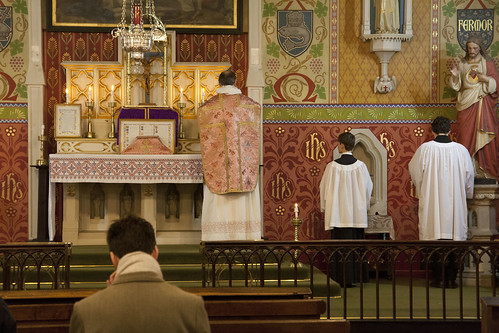 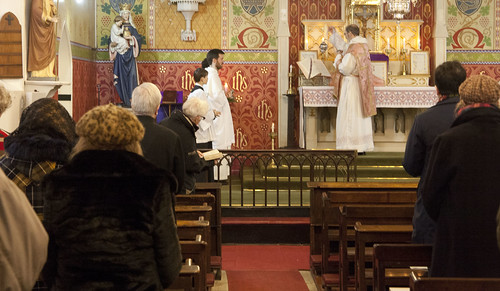 Read more »
Posted by Joseph Shaw at 1:34 pm No comments:

Help the Sons of the Holy Redeemer replace their boat 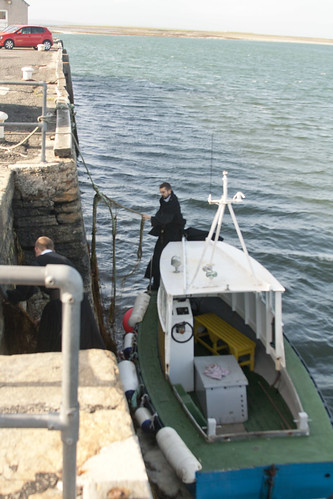 A recent visitor to the Sons of the Holy Redeemer on Papa Stronsay Island in the Orkeneys, a former LMS Local Representative, writes as follows:

I left Papa Stronsay yesterday evening [9th Dec]. Fixed up the boat and myself and Fr Magdala launched it in a weather window on the Feast of the Immaculate Conception. But- that evening a gale – a ten year freak - with 50-60 mph gusts and swell - blew up when it was on the other side at Stronsay pier. The front rope gave way on tying up. The monks were thank God all off. The boat spun round and was tossed ten to fifteen feet in the air like a toy and came down on the stone pier- smashing the deck off and the front. It ended up on the beach at Stronsay as matchsticks.

I helped pick up the bits off the beach last night. Tragic but not a disaster as they just get on with things. Boat had been overhauled for last three months rebuilding the engine, electrics, fuel and repainting. The other small boat is old, leaky and unreliable - so not useable as a main boat.

Had to get a local in a fishing boat to get us off the Island and the monks are relying on the good people of Stronsay for emergency supplies this Christmas. 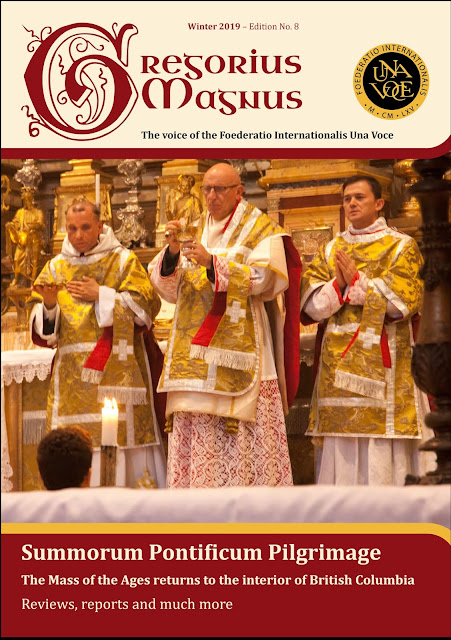 Among my regular tasks is the editing of the magazine of Una Voce International, the FIUV (Foederatio Internationalis Una Voce). This is a mainly-electronic periodical, and a new edition is now available, number 8 in the series.

It can be downloaded here.

With best wishes for Advent and Christmas!

Posted by Joseph Shaw at 4:43 pm No comments: