I took very few photos this year, since John Aron was taking lots; I've included some of his below. 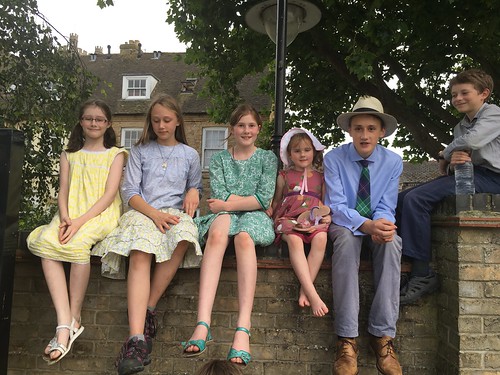 In a nutshell, the LMS Walking Pilgrimage from Ely to Walsingham was a great success, with lots of people, lots of prayers and songs, and lots of graces. And lots of children. 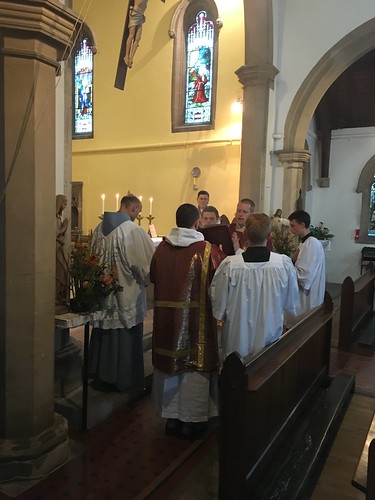 We had with us Fr James Mawdsley FSSP, now at St Mary's, Warrington, and Fr Michael Rowe from Perth in Australia, who has been with us twice before. We were able to have High Mass with the help of Br Anthony of the Friars of Gosport, who is awaiting ordination. We also had a Fraternity seminarian, the Rev Mr Thomas O'Sullivan, very well known to me from his Oxford days; he was MC at our masses, another Gosport Friar, Br Philomeno, who has done the pilgrimage before, and a lay brother of the Society of St Vincent Ferrer, Br Vincent Hoare, who sang with our small schola. 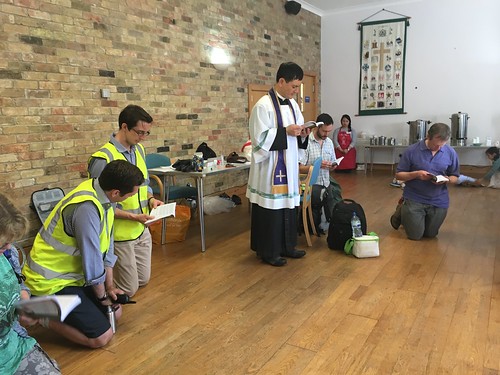 The Blessing of Pilgrims from the Roman Ritual. 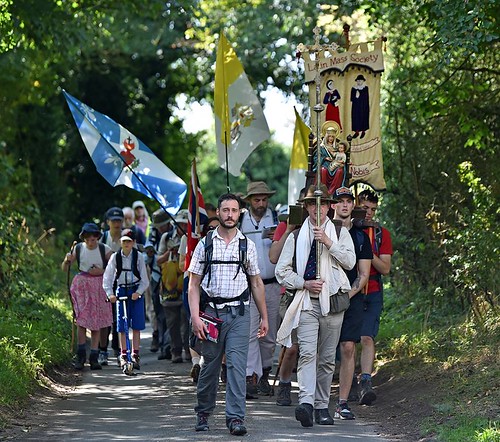 Did I mention there was also lots of walking? About 58 miles, in fact. The weather was on the hot side, but nothing too extreme. 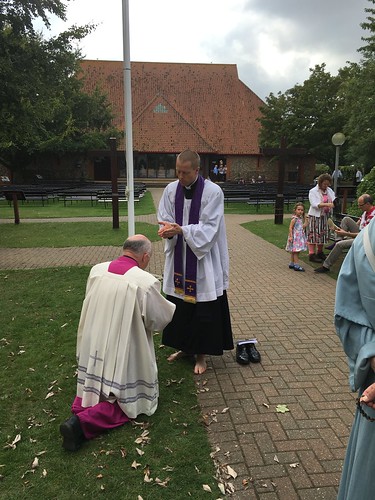 Mgr John Armitage, Shrine Custodian at the Catholic Shrine, received a First Blessing from Fr Mawdsely, who was ordained in June. 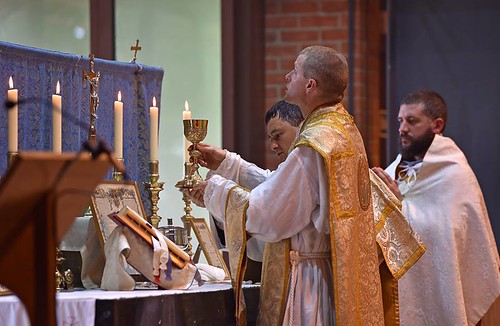 The Shrine has been given the status of Minor Basilica since our last visit. 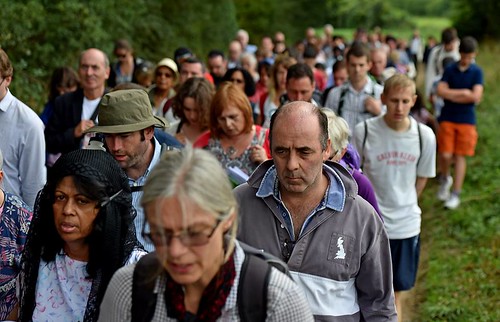 For our big Mass on Sunday and the Holy Mile and our devotions at the site of the Holy House, we were joined by lots of people who were there for the day, and people from Youth 2000, which takes place the same week. 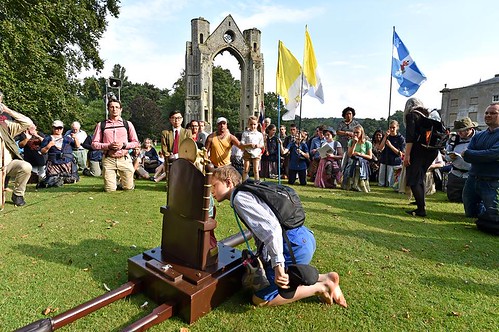 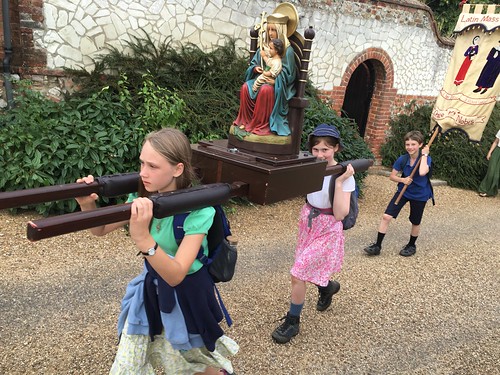 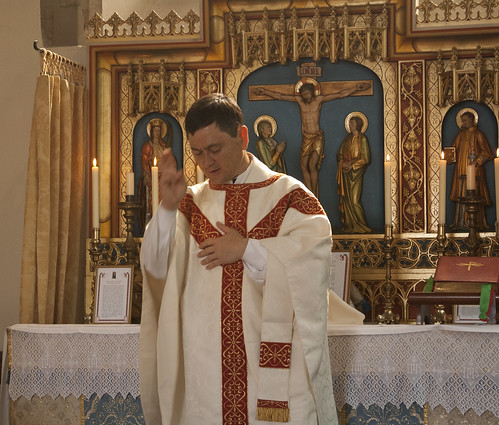 Fr Rowe celebrated the Sung Mass we always have on the Monday following the pilgrimage in the Slipper Chapel.

Support the work of the LMS by becoming an 'Anniversary Supporter'.
Posted by Joseph Shaw at 9:56 pm