The Tablet is getting a good kicking (and here, here, and here) this weekend because of the attack, in its leading article, on the notion of the 'Hermeneutic of Continuity'. It is terribly confused, but it is based on the same idea promoted in its pages before, and which I have criticised on this blog before: that the Second Vatican Council contradicted the earlier teaching of the Church.

This means that either Vatican II was a heretical pseudo-council, or that every previous council was. Some people on the conservative end of the spectrum of opinion are accused of accepting the first option. But this is a very moderate position compared to the second option. After all, there have indeed been the occasional heretical pseudo-council in the history of the Church, but to say that all but one of the councils have been heretical pseudo-councils just undermines the idea that there is any teaching authority at all. And if there's no teaching authority from 33AD to 1961AD, what sort of authority can be claimed for the teachings of the Church from 1962 to 1965?

'There is no continuity between whatever between the declaration Nostra Aetate, on relations with Jews and other faiths, and the previous two millennia of Christian anti-Semitism - as promoted, say, by the Fourth Lateran Council of 1215.  ...Again, the council's Declaration on Religious Liberty flatly contradicts Pope Pius IX's encyclical known as the "Syllabus of Errors", which was itself in continuity with what had been understood in traditional Catholic teaching as the doctrine that "error has no rights".'

There is a tangled morass of confusion in these two sentences, the most important of which is between teaching, and doctrine, on the one hand, and attitudes (such as anti-Semitism) and 'understandings', on the other. But it is clear what she (the Editor, Catherine Pepinster) wants to convey to her readers: that the teaching of the Church was changed by Vatican II.

And it is here that she joins hands with the sede vacantists. For if Vatican II attempted to change the teaching of the Church, that attempt would of course have failed: the deposit of Faith was given to the Church by Christ, it can't be given back and exchanged for something else. She may think the changes were a good thing, but if she thinks Vatican II contradicted Lateran IV, and also presumably the other 19 or so (depending on who is counting) General Councils of the Church, there is no way that Vatican II could be right and the other 20 Councils wrong.

Just think about it, Miss Pepinster. On the one hand, you have 20 Ecumenical Councils saying one thing. On the other hand, you have, according to you, Vatican II saying something different. All these Councils claim the same authority: the Pope and the Bishops of the world gathered together are guided by the Holy Spirit and in this way protected from error (not, incidentally, inspired by the Holy Spirit like the authors of scripture), in accordance with Jesus' promise not to abandon His Church. If the Holy Spirit guided Vatican II, why not the others? And if the others were all failures, if they were all abandoned by the Holy Spirit, for what earthly reason would anyone believe that He came to the rescue of Vatican II? (Because we, personally, like what Vatican II said? That would make it as infallible as, well, a Tablet editorial.) 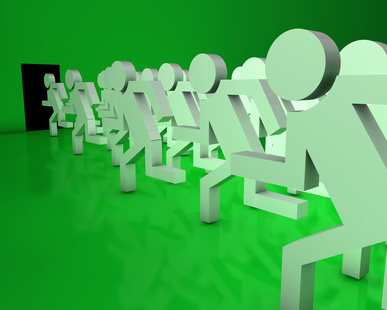 Catholic Liberalism of this kind is self-defeating in the most obvious and dramatic way. I can only assume that the people writing this kind of bilge are attached the Church emotionally and culturally, and for non-intellectual reasons reject the conclusion which follows from their own arguments: that there is no teaching authority, no promise of Christ to the Church, and ultimately there is no Church. But let them beware: very few people under 40 have that kind of cultural attachment to the Church. You try this kind of argument on a Catholic undergraduate with half a brain and he, or she, will draw the obvious conclusions.
Posted by Joseph Shaw at 6:51 pm