The problem of catechising children with popular culture 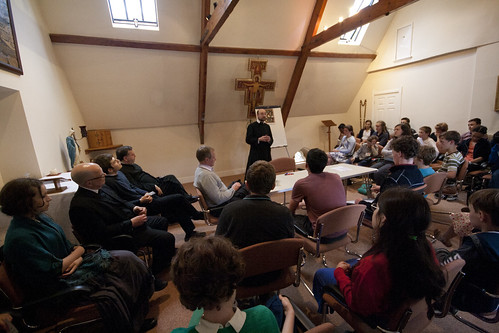 This comment on the American Protestant phenomenon of 'Vacation Bible Schools' is superb, and applicable to attempts to use popular culture in the catechising of children in Catholic contexts too. The post is here.

These programs are written and produced by Christians with good intentions, but the baseline bait n’ switch philosophy is perverse, like trying to get your child to eat vegetables by embedding them in a Twinkie. Sure, the child will hear some good things about God, but the medium of the message—the razzle-dazzle theme, characterless music, throwaway crafts, forced theatrics, the theological minimalism—is what the child internalizes.

The deeper message conveyed is that what is meant to be an eternal truth is derivative, unserious, inauthentic, forgettable, commercial, frivolous, and cheap. Based on the evidence, millennials figured out how to nibble at the bait and leave the hook bare.

To speak generally, the medium of the message becomes its own catechesis, catechizing children in the forms of pop culture. The shallow entertainment value of attention-grabbing imagery and soundtracks keeps the soul bopping around from thought to thought, preventing any sort of serious reflective thinking. Yes, even four-year-olds are capable of reflective thinking!

The author, Peter Burfeind, doesn't do so well with proposing a solution: his idea seems to be simply to offer children a better version of the same thing. I am involved in a Catholic Summer School, admittedly for older children than he seems to have in mind, and our solution is something completely different: an introduction to Catholic culture and the Catholic intellectual tradition, the public prayer of the Church in their traditional forms, and the Sacraments. It's not so very difficult, really.

You can find out more about the SCT Summer School, which runs for the last week in July, here.

Support the work of the LMS by becoming an 'Anniversary Supporter'.
Posted by Joseph Shaw at 9:33 pm