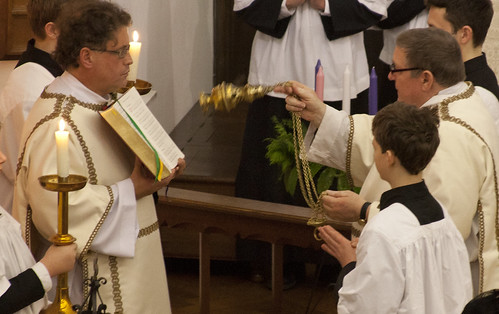 The idea that Shakespeare was a secret Catholic, and put coded messages into his plays about the Faith, is so attractive to me as a Catholic and a lover of Shakespeare that I have to be careful about confirmation bias. However, as I've noted before on this blog, Clare Asquith (in Shadowplay) and others have made a very serious historical case for it. Once you see it, you can't look at the plays in quite the same way again. 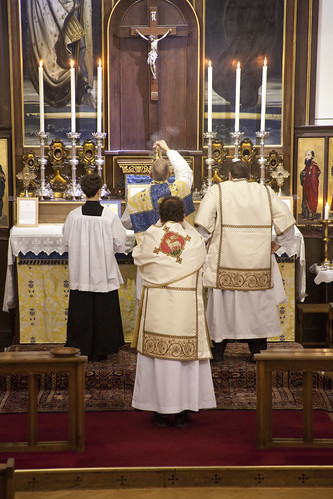 Shakespeare was writing at a time when pomp and ceremony in the liturgy were under intense attack. It had been stripped down to the bare minimum in the Anglican liturgy, and even that was too much for the Puritans. Yet this is what he wrote about a fantasy, ideal liturgy, in Ancient Delphi. The ambassador Dion speaks, in A Winter's Tale.
I shall report,
For most it caught me, the celestial habits,
Methinks I so should term them, and the reverence
Of the grave wearers. O, the sacrifice!
How ceremonious, solemn and unearthly
It was i' the offering!

A common theme in the plays is the murder near or before the beginning of an old king, in the course of some kind of revolution. What kind of revolution had turned Shakespeare's world upside down within living memory? Well, what sort of king was it? What attitude does the ghost of 'Old Hamlet' evoke in his viewers?

We do it wrong, being so majestical, to offer it the show of violence. 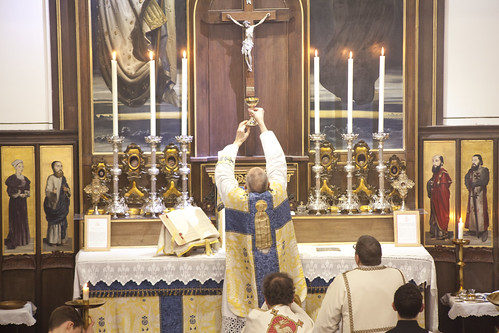 Besides, this DuncanHath borne his faculties so meek, hath beenSo clear in his great office, that his virtuesWill plead like angels, trumpet-tongued, againstThe deep damnation of his taking-off;And pity, like a naked new-born babe,Striding the blast, or heaven's cherubim, horsedUpon the sightless couriers of the air,Shall blow the horrid deed in every eye,That tears shall drown the wind.

What has been kept safe in a private chapel for twenty years, in A Winter's Tale? Something to look at: a holy statue, which comes to life. 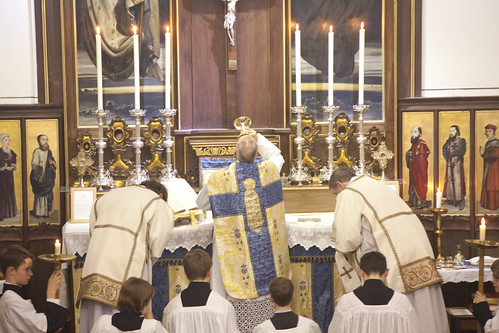 Let no man mock me,
For I will kiss her.

PAULINA
... Shall I draw the curtain?

LEONTES
No, not these twenty years.

PERDITA
So long could I
Stand by, a looker on.

Again: 'It is requiredYou do awake your faith' 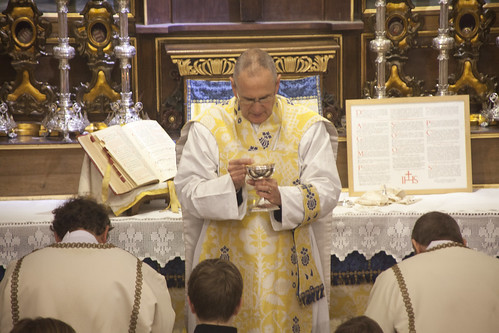 Shakespeare, like all of his contemporaries, lived surrounded by the imposing ruins of Catholic religious houses. He did not view them with triumph or contempt. They suggested to him, rather, what would once have taken place within them. (Sonnet 73):

What we have in the Traditional liturgy of the Church is something we can see and, particularly when sung, hear. It is above all majestic, it fills us with awe, but it is something also gentle, comforting, and sustaining. It compels us to look within ourselves and repent of our sins, with a combination of fearfulness, piteousness, and confidence in God's mercy, which can more easily be experienced than described: though Shakespeare does a pretty good job. 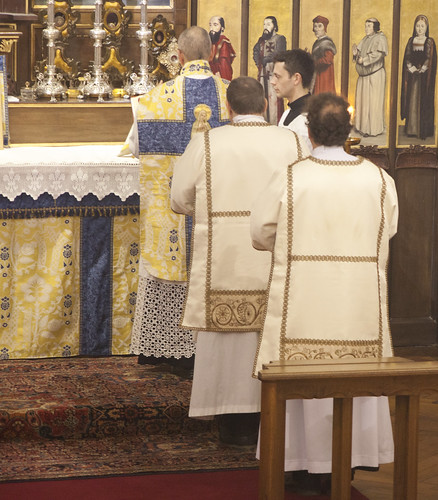 And we have that liturgy still, in spite of all revolutions: still largely hidden, but there for those who seek it out.

Support the work of the LMS by becoming an 'Anniversary Supporter'.
Posted by Joseph Shaw at 6:12 pm