Can good Catholics criticise the Pope?

I'm reposting this from March 2014, inspired by seeing one of the arguments I address below used on social media somewhere. (By someone who apparently hadn't heard of Savoranola, Dante, or Robert Grosseteste.) 2014 seems like a lifetime ago, but although I have criticised Pope Francis since then I stand by the principles I set out back then, which explain the on-going policy of this blog about how to handle difficult issues surrounding Pope Francis. 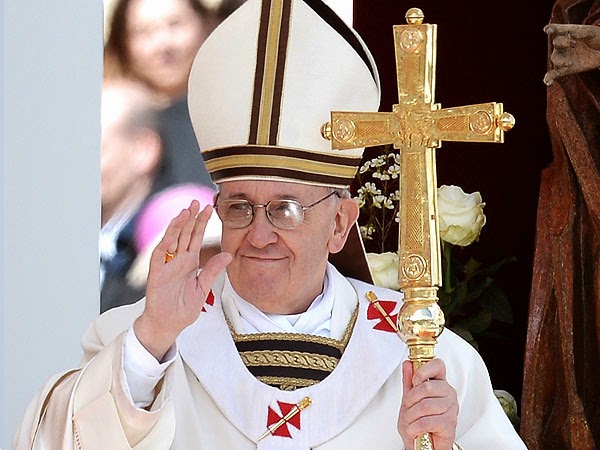 Michael Voris thinks not. His arguments are interesting but don't work.

First, he says that to criticise the Pope causes scandal, sharply contrasting this with criticism of bishops and Cardinals. (First silly point: there is no sharp contrast. What is true of one is to a large extent true of the other.) That there is a danger of causing scandal is true, but it is also true that, in certain circumstances, not criticising the Pope causes scandal. It is lucky for us today that St Catherine of Siena and Savoranola and Dante and Robert Grossteste criticised the popes of their day, because they prove that not all Catholics are guilty of Papolatry: that it is not necessary to have your conscience surgically removed to become a member of the Mystical Body. They are our defence against some of the most insistent and damaging polemics, developed by Protestants and re-used by Secularists, against the Church. To use a phrase of Pope Francis, when I encounter a clericalist, it makes me feel anti-clerical.

Voris then turns to the counter-argument that saints have criticised Popes. In an astonishing inversion of logic, he says that they could legitimately criticise Popes because they were saints.

First, this misses the point, which was not that only saints are widely regarded as being justified in their criticisms of Popes (see my short list above: plenty of others have been too), but that this widespread judgement can't be too off the mark because even saints criticised popes.

Secondly, it would be strange to suggest that St Catherine and St Paul and the other saints had to ask themselves if they were holy enough to carry out their obligations. That way only egomaniacs will criticise the Pope, and that won't be progress.

The wider point is well made by no less that the Supreme Legislator himself, in Canon Law: even the laity can have the right and indeed the duty to voice their concerns about their pastors. The Pope is not excepted.

Canon 212 sec. 3, the laity has "the right and even at times the duty to manifest to the sacred pastors their opinion on matters which pertain to the good of the Church and to make their opinion known to the rest of the Christian faithful, without prejudice to the integrity of faith and morals, with reverence toward their pastors, and attentive to common advantage and the dignity of persons."

I don't say this because I am about to embark on a lot of blogging criticising the Holy Father. I just think it is important to oppose grossly distorted understandings of Catholic teaching wherever I see them, to the best of my ability, because, to coin a phrase, they cause scandal.

As far as criticising Popes is concerned, I would in practice urge great caution.

First, any criticism which comes across as personal, or as mocking or insulting, is inappropriate to a person holding his high office. That is because the office is holy, even if not all holders of the office are holy. The office is august, it commands our respect. The holder does not become impeccable - incapable of sin - but it does mean that any criticism is a serious matter, and should be undertaken, if at all, in a serious way. This of course is part of what the canon says.

I do, incidentally, think that mockery, ridicule and even invective can sometimes be appropriate: I'd be in trouble if I didn't, since Our Lord used them, and so did many prophets, Fathers of the Church, saints, and apologists down the ages. They are useful to take people worthy of ridicule down a peg or two. The Pope, however, is never ridiculous. When he is wrong, things are too serious for that.

Secondly, as with others in very exalted offices, but very much more so, it is difficult to separate what is personal to the Pope from what is the initiative of advisors and office-holders. He does have the fearful ultimate responsibility - true - but as initiatives and policies develop from day to day it is impossible, at least for those of us without inside information, to know what is the Pope's idea, what is his speechwriter, what comes from (good, bad, or indifferent) briefings given to the Pope, and what are the actions of his Cardinals and other ministers.

For example, I was astonished to read that Pope Paul VI approved the new Lectionary without giving it prolonged attention, and actually said so. He trusted his advisers. If this was an error, it was not the same error as the error (say) of deliberately excluding 1 Corinthians 11:29 (about the sin of receiving Communion unworthily) from the Lectionary, when it had previously been read on Maundy Thursday and Corpus Christi. Being too trusting is not the same fault as not taking seriously the importance of being well prepared for Holy Communion. If people had laid into Pope Paul for the second thing in 1970, they would have been barking up the wrong tree.

Far better, therefore, to voice concerns, if there are legitimate concerns, about policies, about new regulations or liturgical texts or other documents, but without turning it into a personal attack on the Holy Father.

We are sometimes told that being 'over critical' of the Pope or bishops is the besetting sin of traditionalists. As a matter of fact, this is not true. Not only do liberal Catholic publications like The Tablet attack the pope all the time (yes, including Pope Francis), but many Catholic organisations down the years who had no particular connection with the Traditional Mass have, for one reason or another, ended up associated with criticisms of the hierarchy.

The classic example is Aid to the Church in Need, which used to criticise the appeasement of Communism which was the official Vatican policy under Pope Paul VI. More recently, the headline cases have been Pro Ecclesia and SPUC. Now we have Deacon Nick Donnelly being hauled over the coals, for what we can assume is the same thing. I don't say these criticisms were not justified, or that they were not expressed in the best ways: that would be a long discussion. I've just said that criticism isn't ruled out in principle, so the matter is an open one. My point is simply that the Traditional Mass was nothing to do with it.

Critics of traditionalists have become confused by the fact that until Summorum Pontifcum it was such open season on trads and any old stick was good enough to beat them. But once you take away the assumption that support for the Traditional Mass is itself an act of personal disloyalty to the Pope, then you can allow yourself to notice that established traditionalist organisations like the Latin Mass Society and the Una Voce Federation are, and always have been, models of diplomacy and restraint.

They combine this respect for the hierarchy with a complete adherence to the unchanging teaching of the Church, not out of any superficial ultramontanism (whatever the Pope said about his breakfast is the latest infallible doctrine), but because of their attachment to Tradition. This is something I want to develop in future posts. 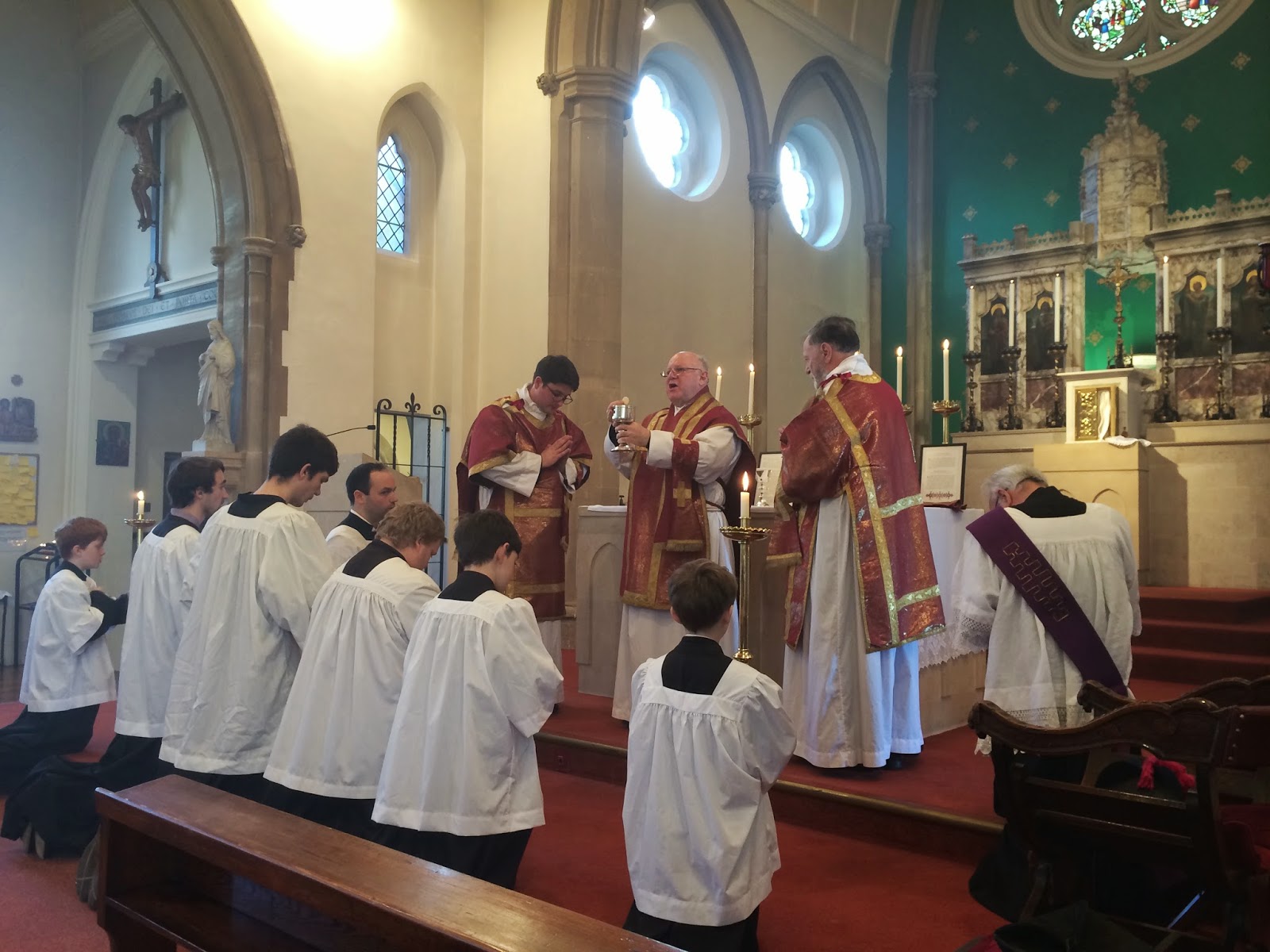