One problem with infallible canonisations 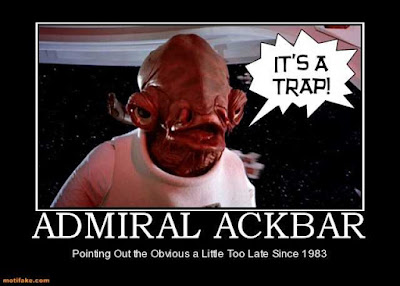 Dr John Lamont made the theological case against the infallible nature of decrees of canonisation on Rorate Caeli a couple of years ago: here's the first post, and here is a follow-up. The other day I stirred up Twitter by repeating some of his arguments and it didn't surprise me at all to see a fair amount of resistence to this idea from traditionally-inclined Catholics.

This follows very naturally from the fact that a lot of old books and old authorities say that canonisations are infallible. What one has to remember is that St Alphonsus and the rest used the term 'infallible' in a far looser way than Vatican I's definition, and when the term is used today it is that definition which tends to uppermost in our minds. Again, the process of determining the sanctity of individuals has been vastly, well, 'speeded up' would be a polite term. Saints generally needed four miracles to be canonised in the past, now they need two. And so on.

But I'm not going into all that again: Dr Lamont lays it all out. No one outside Twitter has ever seriously suggested that the infallibility of canonisations was itself a doctrine of the Church which requires the assent of Catholics. So we can agree to differ, as theologians in fact always have.

I want to point out something else which is of huge importance. The process of canonisation has always required money - the researchers have to be paid - and many of those canonised have well-funded supporters. Having rich chums does not in itself show that a person is not holy - even Christ had some rich friends, after all. But joined to a, ahem, streamlined process, there is a potential problem.

Among those being touted for canonisations there are bound to be celebrity Catholics backed by rich and powerful institutions associated with them which are determined to gain the prestige of having a founder or member canonised, and who fall below the moral standards of sanctity. We have seen how some of these institutions operate. The Legionaires of Christ were able to gain presigious endorsements not for a few years after concerns were raised, but for decades. They paid off some witnesses and denounced others. I think we are fortunate that the monster Macial died after being exposed.

It says something about the capacity of ecclesial institutions to discern who is holy and who is a career criminal that one after another of the founders of successful religious orders and institutions are found, often after their deaths, to have been evil men. The latest is Jean Vanier. A few years ago the suggestion that Vanier was anything other than a saint would have been shouted down by thousands of people genuinely moved and influenced by his work and writings. I don't blame them. Vanier was clever and he was careful. Are we quite sure that no one has been more careful?

At some point one of these individuals is going to be canonised. In fact, I would be very surprised if that hasn't already happened. Who could even read a short account of the life and work of all the people canonised since the system was, er, 'reformed' in 1983? There are thousands of them. But plenty of well-resourced people in the secular media will be happy to make it their business to find some dodgy ones.

One fine day in the next ten years credible allegations will be made against a beatus or canonised saint. Remember, you read it here first. And if we are not careful, the people defending the indefensible will be the conservative and traditional Catholics, the ones who want to defend the whole system and the very concept of heroic virtue and sanctity.

The liberals will just walk away from the shambles. Heck, they don't even believe in supernatural virtue, let alone miracles.

Those Catholics most queasy about the accelerated canonisation process, the ones most leery about canonising every Pope since Vatican II, the ones least comfortable about the scramble to find people to canonise who tick various ethnic and ideological boxes: these are the people who are going to be left to defend the 'St Jean Vanier' or the 'St Marcial Maciel' to be revealed in the future. As the details gradually emerge, as they tend to do, they will be utterly humiliated, and forever associated with the crimes of the accused.

My friends, you are walking into a trap.