Over the last weekend - Friday to Sunday - the Latin Mass Society hosted a series of online events and invited people to make local pilgrimages in lieu of the annual Walsingham Pilgrimage.
I am my little party--three of us, most of the time--took in two ruined Abbeys, two sites of martyrdom, the place St John Henry Newman was received into the Church, the place where he attended a public celebration of Mass for the first time, and several Catholic churches: all locked, sadly. We are fortunate in Oxfordshire, but not uniquely so: many places in England have an equally rich sacred geography, and Catholics should always make the effort to familiarise themselves with it.
Here's a little photographic essay. 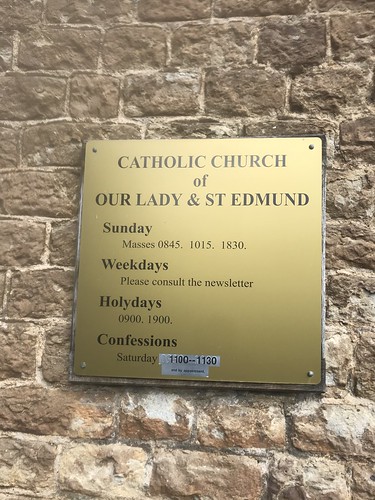 Our Lady of St Abingdon and St Edmund's Catholic Church houses a modest shrine to Our Lady of Abingdon. With this as our starting point, we went through site of the nearby Abingdon Abbey, to the Thames Path which (after wandering off it a bit and then back again) duly took us to Sandford.
This was a distance of over seven miles, a bit more than it should have been, and mostly in the rain! We gratefully stopped for lunch at the King's Arms, which is right on the river. 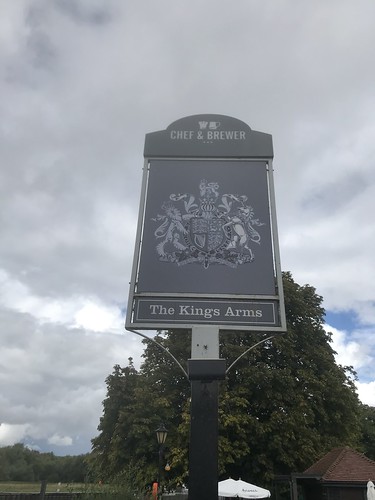 We left there in even heavier rain, and went away from the river to take in Littlemore, famous for its association with Cardinal Newman--lots of streets are named after him and the place he lived a sort of monastic life with some friends while he and they discerned the way forward: for him, and many of them, reception into the Catholic church. Sadly, the Anglican Church which was his last institutional connection with Anglicanism has just ripped out the pews he installed, and work continues... 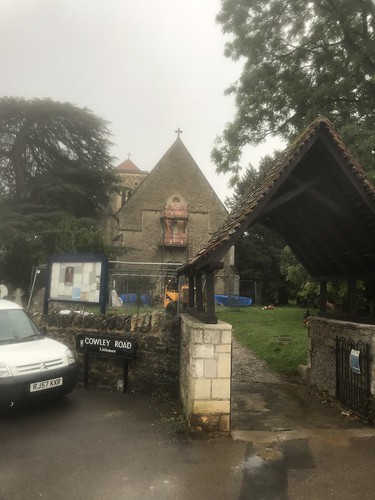 The Italian priest who received Newman was himself a man of heroic virtue: Blessed Dominic Barberi. The local Catholic church is dedicated to him--not a building of great architectural distinction, cough cough. 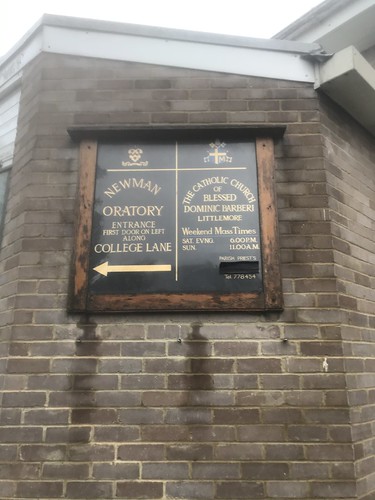 But Newman's College is well worth a visit. It is pretty small so big groups aren't ideal, but it is charming and well-looked after. We were able to get into the garden, though not the chapel, and sheltered from the downpour long enough to sing Newman's 'Lead Kindly Light'. 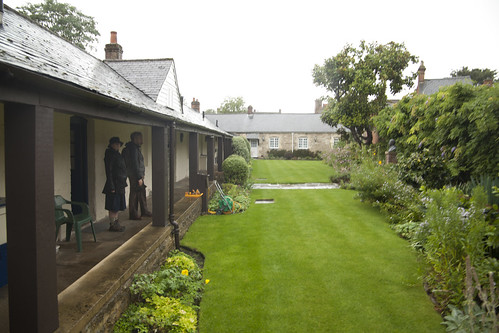 From there we walked into Oxford on the Ifley Road, the rain easing as we passed Greyfriars, the Church of St Edmund and St Frideswide and the community of Capuchin Franciscans attached to it. We crossed over to the London Road where St Ignatius' Church once stood: the building is still there, and I was pleased to see it now has a memorial plaque on it. 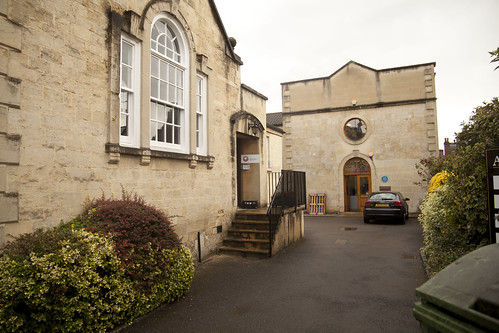 This was the first Catholic Church built in Oxford after the Reformation and is where Newman first attended public Masses, walking in from Littlemore. We continued into Oxford via the site of the martyrdoms of four Catholics in 1589, at the end of Holywell Street. 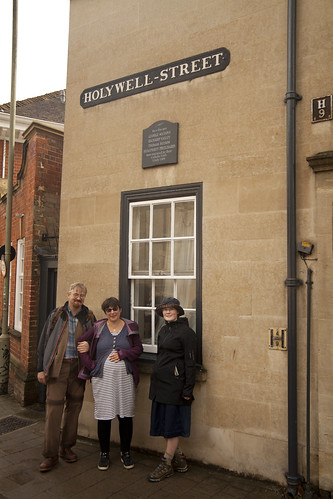 And thence to the Oxford Oratory, home of Our Lady of Oxford, our official destination, 5 1/2 miles from our lunch stop. 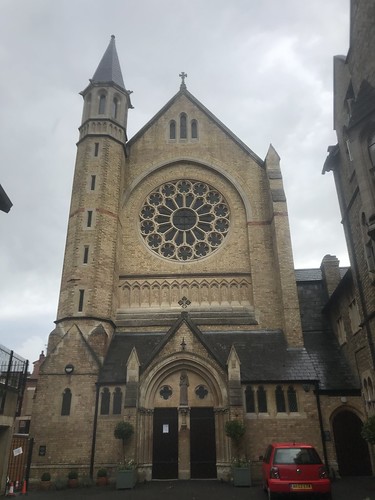 We concluded the day's devotions with tea at Brown's. 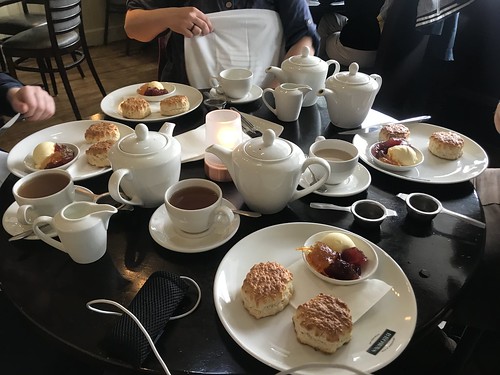 The following day we started a bit further south, at Osney Abbey. Like Abingdon Abbey practically nothing remains, but we sang the De Profundis for the monks at both places. Much of it is now a graveyard, with a lichgate. 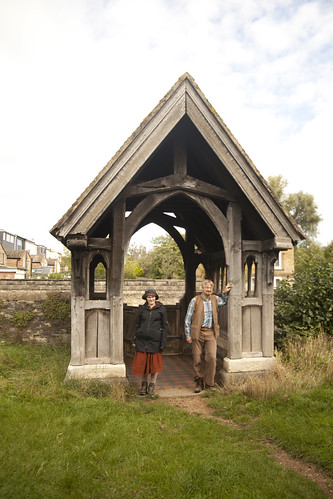 We walked past St Thomas the Martyr, a famous High Anglican church, established by the Abbey to look after the parish, and consecrated by St Hugh of Lincoln. 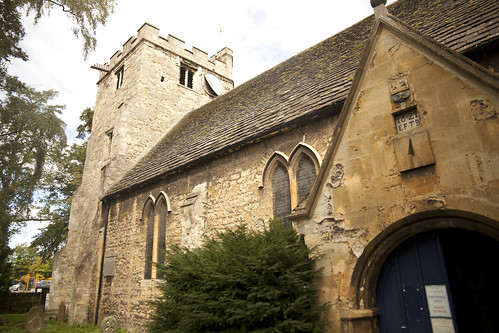 We popped into Oxford Castle to see our other local site of martyrdom, this time the site of the Castle Gallows where Bl George Napier had his heavenly nativity in 1610: also marked with a plaque. 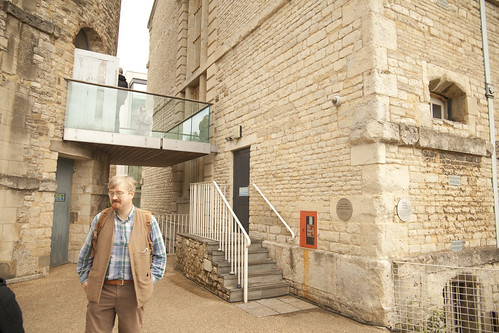 From there we got onto the canal path at Hythe Bridge. This day we had no rain and it was delightfully cool: perfect weather for walking. 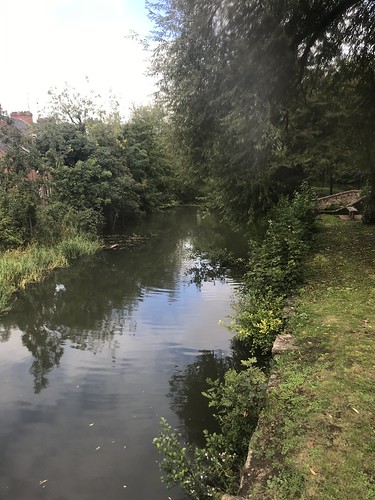 The canal path carried us, very pleasantly, to our lunch stop, the Jolly Boatman at Thrupp, north of Kidlington: this was slightly longer than the previous morning's leg, at just over 7 1/2 miles. If I do it again, I might take the break sooner. 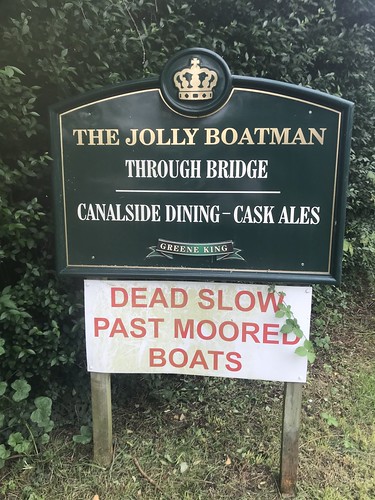 From there we shortly left the canal and went across country to Woodstock, our goal being the Catholic Church of St Hugh of Lincoln, and then my home. 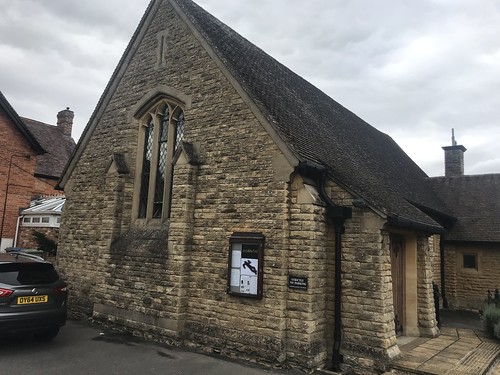 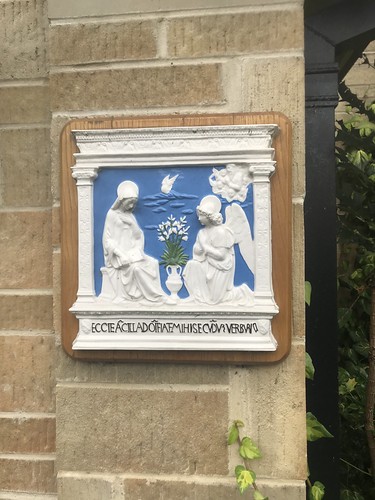 The afternoon leg turned out to be just under four miles.
Over the two days three of walked 24 miles: a total of 72 miles between us, as our contribution to the grand total.
Support the Latin Mass Society
Posted by Joseph Shaw at 2:01 pm