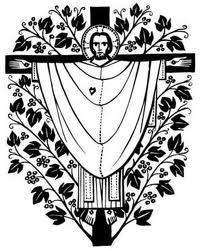 (Update: actually they did publish my letter, a week later.)

I was appalled to read in last week's Tablet (my weekly penance) letters criticising the founders of the Confraternity of Catholic Clergy. Under the heading 'Dubious models of priesthood?' a correspondant called John Dunn claims that 'the theologically dubious description of the priest as being an image of Christ' is a 'power-focused self-definition that has in part contributed to the abuse of power within the priesthood, including sexual abuse of children.'

No blow is too low for The Tablet, of course, and normally I'd ignore this kind of hysterical abuse, but it made me reflect on the kind of priest inclined to sexual abuse. I can't claim to have done a study on the matter, but I've known a few, and funnily enough they weren't the ones with a traditional theology of the priesthood. In fact I don't think this is a coincidence. The Tablet hasn't seen fit to publish my letter (or any other response to these scandalous claims, even in the 'Letters Extra' on the website) so here it is:

As a layman, I find John Dunne’s criticism of the Confraternity of Catholic Clergy puzzling (Letters 9th April). His basic principle seems to be that clerical abuse of power derives from a clearly understood distinction between clerical and lay roles in the Church: for example, an understanding of the difference between the way a priest stands ‘in persona Christi’ at the altar and the way that all Christians should be transformed into Christ as they grow in holiness. In my experience the blurring of such distinctions has done nothing to limit clerical abuse of power, and I fail to see why it should.

The essence of clerical abuse, in all its forms, is the attempt by a priest to use his managerial, sacramental or charismatic power in a way which is not right: to take an extreme example, to use his authority in the confessional to seduce a penitent. It should be obvious that the blurring of the distinction between priestly and lay roles inevitably blurs the proper limits of clerical authority. To end the mindset which makes clerical abuse possible, those limits should be as clear as possible in the minds of both clergy and laity, and in this context a reassertion of a properly defined conception of the priesthood by the Confraternity of Catholic Clergy is a very welcome development.
Posted by Joseph Shaw at 8:28 am