The LMS Latin Course, now in its fourth year, has been hugely successful and I am delighted we can offer it again this year on the same terms as last year.

It will as before be taught by Fr John Hunwicke and Br Richard Bailey of the Manchester Oratory. By then, Br Richard will be ordained, so that is an added excitement! 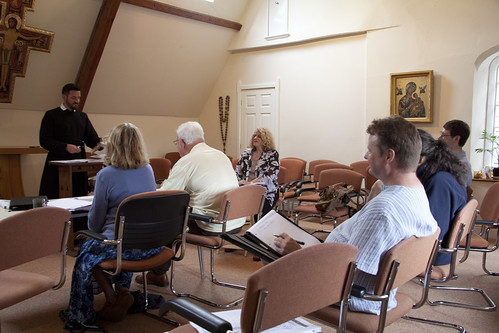 This is an intensive course from Monday to Saturday. It has proved its worth to a growing number of seminarians, those about to enter seminary, and priests: those in all three categories need only pay half price. It is also open to lay men and women.

The accommodation - unless you arrange your own - is in the St Winefried Guest House in Holywell. The classes take place down the road at the Franciscan Retreat Centre at Pantasaph, where the St Catherine's Trust Summer School takes place alongside. This means that we have Sung or - most days - High Mass, with deacon and subdeacon, every day before lunch, with Gregorian Chant.

For priests we have in many cases been able to provide an opportunity to learn or practice particular liturgical roles, such as deacon or sub; there is also an opportunity for priests to say Low Mass in whatever Form they prefer before breakfast, in Holywell's parish church, next door to the Guest House.

The full price is already rock-bottom; the discounts for clergy and seminarians come out of Latin Mass Society funds. We know that the future of the ancient liturgy depends on priests knowing Latin: there is simply no getting round it. Be part of the future! Sign up on-line today. 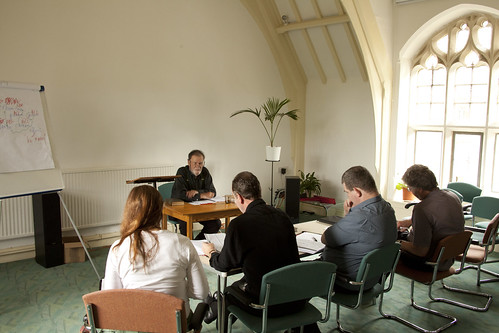