I have already blogged about the Latin Mass Society's Latin Course in North Wales, and the Roman Forum's Summer Symposium in Gardone, Italy. Here is another opportunity to enjoy the Italian sunshine while learning about the Faith, with its own character: an intensive study of St Paul's Letter to the Romans, through the Commentary by St Thomas Aquinas, in the unique setting of Fr Cassian Folsom's Norcia (Nursia) Benedictine monastery. More details here.

It would be difficult to exaggerate the importance of St Paul's Letter to the Romans, and St Thomas' Commentary upon it. The latter is cited by the Council of Trent in the context of the Doctrine of Original Sin. All of St Thomas' commentaries are models of lucidity and the kind of reflection on the Scriptures in the light of Tradition which the modernists wanted to banish from the Church - and very nearly succeeded in doing.

One of the teachers this year will be Fr Thomas Crean OP, well known for his erudition and devotion to the Church's liturgical tradition in England.

Don't let these great opportunities for study pass you by. If you have the time the fees are amazingly low.

Sanctify the Lord Christ in your hearts, being ready always to satisfy every one that asketh you a reason of that hope which is in you. (1 Peter 3:15)

"By Faith in Jesus Christ:
Paul's Letter to the Romans"
June 16 - June 29 in Norcia, Italy 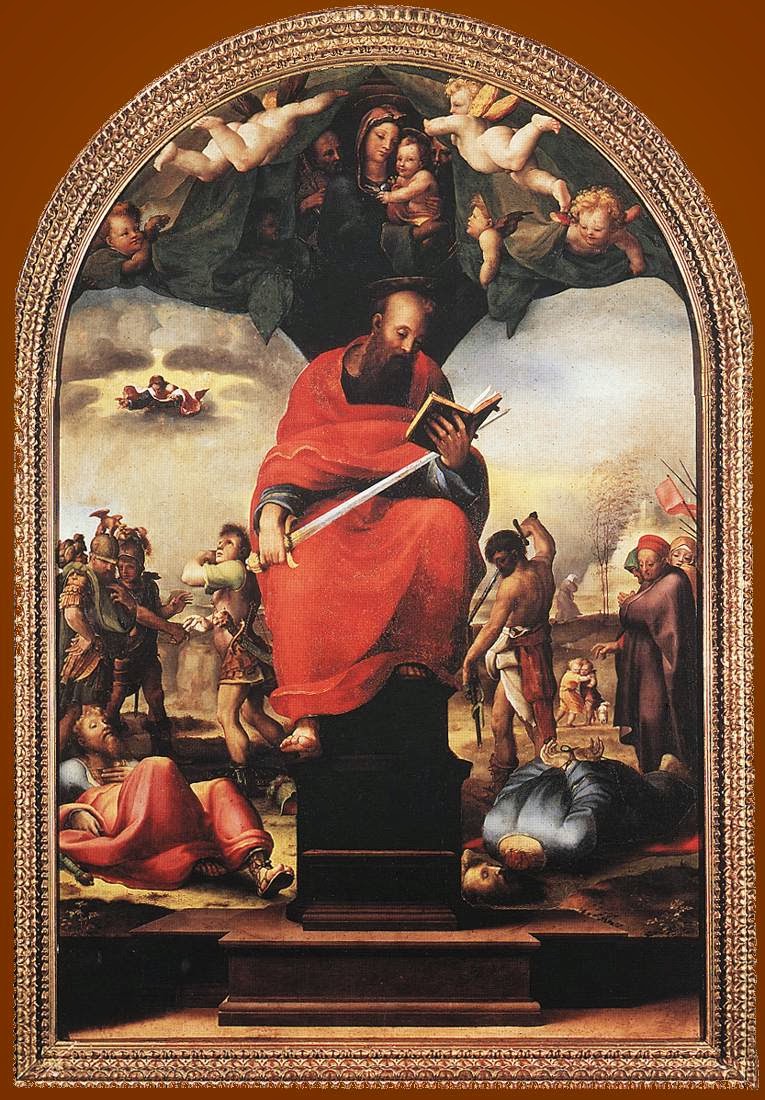 "This man is to me a chosen vessel to carry my name before the Gentiles and kings and the sons of Israel."
~ Acts 9:15

The theme for the 2014 Summer Program is St. Paul's Epistle to the Romans. We will be undertaking a thorough reading of the Letter, which in many ways is already an early synthesis of the Faith that the Evangelists witness to. The Epistle offers the opportunity to explore in depth many theological questions, such as justification, faith, works, the relation between the Old Covenant and the New, the election of the Gentiles, as well as the salvation of the Jews.

Of all of the Pauline letters, it is most fitting to begin with the Epistle to the Romans, as St. Thomas says, "both because of the dignity of the Romans, who ruled other nations, since in this letter pride is rebuked, which is the source of all sin (Sir 10:14); and because the order of teaching requires that grace should first be considered in itself before being considered as it is found in the Sacraments."

"For this entire teaching is about Christ's grace… as it is found in the Mystical Body itself, that is, the Church."
~ St. Thomas Aquinas,
"Prooemium",
Super Epistolam B. Pauli ad Romanos Lectura