Orthodoxy and the Traditional Mass, 2: connecting with the past 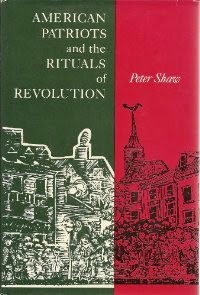 In the prelude to this series, I addressed the accusation that Traditional Catholics are uniquely disloyal to the hierarchy. This, in fact, is the opposite of the truth. In the following post I noted that not only do those attached to the Traditional Mass tend to be orthodox, but there is an extraordinary hatred of the Traditional Mass among many radicals opposed to the teaching of the Church. In this post I want to expand on that.

Anne Roche Muggeridge, in her book The Desolate City, explains the way that the 'revolutionary' party in the Church gained dominance in a short space of time in the 1960s, in light of a parallel with revolutions in the secular sphere. Borrowing a phrase from a secular historian (Peter Shaw, no relation!), she talks about 'the rituals of the revolution':

'These rituals are designed to diminish the power of existing authority by destroying its mystique during a process in which the symbols that inspire awe are mocked and degraded in "reversed ceremonies of legitimacy". The mocking reversal of sacred symbols serves as a psychological preparation for a transference of allegiance.'

She goes on to discuss the shocking liturgical abuses, and parodies of the liturgy, which took place in the 1960s, particularly in the context of get-togethers of dissenting priests, but in many parishes too. In order to destroy the allegiance of the Faithful to the old doctrines, the liberals subjected them to the ritualised mockery of the most holy and important symbols of the old order. Of course, this did not stop in the 1960s, but it had a special importance in that decade because almost the whole Catholic population had to be brought round from a strong habitual attachment to the old ways to an attitude at least of non-resistance to the revolution the liberals wanted to push forward, of which the keynote issue was the rejection of the Church's teaching on contraception. 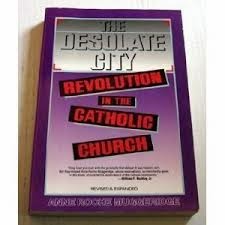 The ancient Mass is not simply a well put-together liturgy, cleverly combining this element with that one. It is something which has developed over many centuries, slowly enough to enable us to participate in a meaningful way in the spiritual atmosphere of the preceding generation of Catholics, and the one before that, and so on for many centuries. It is the product of the Church in a very deep way: not of a committee, even at some distant time in the past, but of the prayer and practice of innumerable Popes, Doctors and Saints, and ordinary priests and lay people as well. We all know instinctively that, despite identifiable changes made in the decades up to 1962, it is essentially very, very, old, and that this age is not the age of a pot-shard dug out from an ancient rubbish-tip where it has lain forgotten, but of a great public building or city square walked over and worked and lived in every day since its construction until today. And this lived-in age makes it venerable, worthy of respect.

The liberals of the 1960s needed to destroy this connection with the past, because they wanted to establish a new theology. The promulgation of the Novus Ordo Missae at the end of the decade restored a degree of stability to the liturgical scene, but of course a lot of damage had already been done, and even at its best the new liturgical settlement was a striking break with the past.

What I want to draw from this is the usefulness of the Traditional Mass for Catholics who want to promote orthodoxy, and the disaster a rejection of the Traditional Mass is for them. The polemic against the Traditional Mass, which is still heard today, is that it was 'all wrong': it 'excluded the people', it made them 'dumb spectators', the theology, even, was misguided. If we allow that polemic to stand we are saying that the Church was wrong about her most intimate inner life, the shared liturgical life of the Christian community. It may be logically possible to say that she was wrong about that and right about all the doctrines, but, as I said in the last post in the series, it is incongruous. I can now go a little further and say, from the point of view of psychology, it is incredible: it is, almost, impossible to believe.

It is not that people are incapable of distinguishing doctrine from liturgy, or are ignorant that the liturgy of the mid 20th century was not identical to that celebrated by the Apostles. It will amaze many neo-conservatives to hear this, but Catholics are not that stupid. It is, rather, that the institution they want us to believe in doctrinally also brought us this ancient liturgy. If the liturgy is rubbished, then the Church is rubbished. The Church loses her credibility. If you lose your credibility, you don't lose it selectively: people say, 'if he was deluded or a liar about that, I won't believe anything he says any more.' That's what the liberals wanted people to say about the Church, and to a tragically large extent they succeeded.

The conclusion for practical purposes is a simple one. If we want to promote orthodoxy in doctrine in the Church, we have to reverse the process the liberals undertook in the 1960s: we have to reconnect people with the ancient liturgy, restore the prestige of this liturgy, convince people again of its value. Only by doing this will we get them to accept the authority of the succession of Councils and the ancient Creeds and the Scriptures: the authority, in short, of the Church's continuous life over many centuries, or, even more briefly, of the past.

The neo-cons' constant harping about the difference between unchanging doctrines and potentially changeable liturgy has done nothing, over the decades, to reverse the collapse of orthodox belief in the Church. The connection between the liturgy and the faith cannot be so easily shrugged off. If we want people to believe in what the Church teaches we have to allow them to believe in the Church, and that means rejecting the idea that the Church was dumbly devoted to liturgical nonsense for fifteen or more centuries. The last word can be left to Pope Benedict (Salt of the Earth):

A community is calling its very being into question when it suddenly declares that what until now was its holiest and highest possession is strictly forbidden and when it makes the longing for it seem downright indecent.