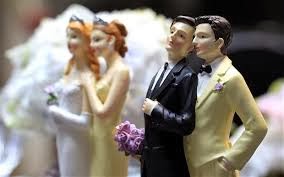 Thinking about Cardinal Kasper's paper on reforming the Church's approach to the pastoral treatment of Catholics who have remarried after divorce, I have been very puzzled about the idea of 'tolerating what we cannot accept'.

At first glance it hardly seems satisfactory to say to remarried divorcees, who have been unable to get an annulment, even through a process which has been made less formal and legalistic, that their union is 'unacceptable', that is, adulterous, but that they can receive Communion anyway. We would be making these people into second-class citizens, excluded, if not from Communion, then from Confession, since they do not repent of their adultery, and from the Sacrament of Marriage, inasmuch as they cannot celebrate their new marriage in Church. This hardly seems like a good way to restore them to the sacramental life of the Church, and it hardly seems a status which they would relish. After all, these individuals have made a decision which presumably seems to them, subjectively, as their best option. Liberals who ignore the need either to form one's conscience or actually to resist temptation will tell us that they are, in fact, 'in good conscience', and justified in the 'internal forum'.

However, it occurs to me that this pastoral strategy may have another application: Same Sex Marriage (SSM). As SSM becomes established throughout the world, the Church is going to be increasingly confronted with those who, up until now, were simply private sinners - like everyone else - but are now public sinners, having taken on a public, legally binding, quasi-marital status, implying a sexual relationship. If a civil marriage after divorce, when the spouse is still alive and the first marriage is not annulled, is a public statement of an on-going adulterous relationship, one which the Church cannot (under the present rules) ignore, a Same-Sex Marriage is a public statement of an even more serious moral problem.

SSM presents a particular difficulty because there is no equivalent of annulment, something which could in principle regularise the union. No matter how debased the annulment process becomes, no-one is ever going to be able to claim that a Same Sex Marriage is sacramentally or naturally valid in Catholic terms. It will always be something the Church cannot accept. But if we establish a concept of 'tolerating' what we cannot 'accept', then it would seem we have a way forward. We can, at least, make a major concession to the individuals involved. A concession which, in its practical effect, would allow us to ignore the ramifications of Same Sex Marriage as far as Communion is concerned, and carry on treating those taking part in such unions as if they had not done so, but were still just private sinners, like everyone else, and aren't wearing wedding rings.

The suggestion may seem timely, in the immediate wake of SSM legislation in a large number of countries. If the Church does not come up with some work-around quickly, priests will be faced with applying the current rules to an increasingly significant number of people. If they do that, it will look very much, from a secular perspective, as though people are being refused Communion solely on the grounds of their sexual orientation. After all, they are no less 'married' than a heterosexual couple, according to the law of the land. And the Church as a whole will be forced into a situation in which, instead of being able to proclaim the beauty of marriage, she will have to spend all her time defending a disciplinary penalty directed at a particular group, who simply want to establish some public recognition of their love.

I will explain some of the disastrous ramifications of this solution tomorrow.
Posted by Joseph Shaw at 10:00 am