Radical trads spoiling it for everyone?


The favoured explanation of what went wrong in the Fisher More College affair, among those (you know who you are) who wish to support the banning of the Traditional Mass by the bishop, now seems to be that this is a case of extremist supporters of the Traditional Mass spoiling things for everyone: by linking the Vetus Ordo with extreme views, they left the bishop no choice but to prohibit it. I don't know if this is Bishop Olsen's view, and unless they have inside information on his state of mind - which they do not claim to have - neither do they. But we have all heard the argument before. Oh boy, have we. At the end of this post I will quote the locus classicus.

The policy, though familiar, is both self-defeating and hypocritical.

It is self-defeating because severe restrictions on the EF confirm the suspicions of those who think that, because there has been such a radical discontinuity in the theology of the Church with Vatican II, the theology of the Old Mass directly contradicts the official theology of the post-conciliar Church. Unwillingness to allow celebrations of the ancient Mass suggest that those in charge don't agree with it, and don't think it should be allowed to influence the way people think and pray.

This is given further support when the EF is specifically not allowed for students and young people, or in the context of religious orders which are successful and are spreading. Those who make such restrictions appear to want to stop the theological ideas implicit in the old Missal to infect new generations and new places, and are sometimes quite happy (or at least, a lot happier) to allow the Traditional Mass to be celebrated for the older generation.

This is not a wild-eyed conspiracy theory. It reflects the openly stated views of the more extreme liberals. Cardinal Ratzinger himself attributed opposition to the celebration of the Traditional Mass to a widespread rejection of the theology of Sacrifice as understood by the Council of Trent. The TLM was a 'most intolerable contradiction' of their (heretical) views. Ratzinger's call for the liberation of the ancient Mass, which he subsequently brought about at Pope, signalled that he had no problem with the theology of Trent, and that the Church as a whole has no problem with it. This was the necessary first step on what should be a process of the healing of discontinuities, real and perceived.


When bishops, religious superiors and indeed priests consider requests for the Traditional Mass, they would indeed do well to consider the effect that granting such a request will have on those supporters of the Mass who are tempted by the claims of radical discontinuity. Will refusing permission for the Vetus Ordo strengthen such temptations, or weaken them? The question answers itself.

The idea, in short, that denying people the Traditional Mass is an effective way of combatting the more extreme claims of some traditionalists is clearly false. The people making this argument simply can't have thought it through. It may be a way of punishing them - sure, and everyone else who would have benefited from the celebration. But in the Church punishments should be medicinal: they should aim at making things better. A punishment which makes things worse is just vindictive; it has no place in the Church.

Remember also that in giving permission, those exercising authority take control. They can determine who the celebrants will be. They can bring congregations out of private homes and irregular Mass centres. They can be visited by the Bishop, they will receive Episcopal letters to be read to the congregation. For a parish priest, bishop, or religious superior to prefer the Traditional Mass to be available only outside the official structures of the Church is... well let's just say it is extremely strange.

So the idea that the EF must sometimes be stopped because of 'extremists' is self-defeating. It is also hypocritical.

This is because of the obvious parallel with liturgical practices in the Novus Ordo. Think about when a bishop allows Altar Girls, Communion in the Hand, Communion Under Both Kinds on Sundays, and 'instituted' Extraordinary Ministers of Holy Communion: these all, remember, need the permission or intervention of the Bishop, and do so because of the dangers in them which were recognised explicitly when Rome gave permission for them. If the bishop were to ask himself: are these practices going to give comfort and support to radical liberals in the diocese who wish to undermine the teaching of the Church? the answer will very often be a very clear 'yes'.

Very little googling is needed to see liberals who want the ordination of women instrumentalising the permission for Altar Girls for their ideological ends. The connection between practices in which the Blessed Sacrament is treated with less reverence, and the undermining of the doctrine of the Real Presence, is obvious, and again these things are used by radical liberals to advance their theological agenda. It would be easy to give many more examples involving liturgical abuses which are in practice tolerated.

Do the bloggers who talk sadly about how those dreadful radical trads have made necessary the banning of the Traditional Mass in one place or another, do they go on to say that innumerable practices in the Novus Ordo have been made intolerable because of the way these are used by clearly heretical liberal extremists to further their goals? No doubt these bloggers don't entirely approve of these practices. But a sense of urgency and obviousness about how they should be immediately banned, regardless of the pastoral collateral damage, is strangely absent. They are, in short, applying different standards to traditionalists than they demand for everyone else.

But of course the parallel is not perfect. Because although banning the Traditional Mass is clearly counterproductive in opposing the claims of discontinuity used by extremists attached to the EF, banning the practices which are so useful to the projects of extremist liberals would not be counter-productive. The liberals' arguments make use of the fact that the practices in question have been officially approved. Again and again they say: Altar Girls have been officially approved, and this shows that that the traditional position on the role of women was just time-bound misogyny; any day now the Church must and will approve women priests. If Altar Girls were banned in more dioceses, this argument would lose its force.

To summarise: the argument that the official Church is today in radical discontinuity with the Tradition is strengthened by banning the TLM; the argument that soon the Church will allow the ordination of women and give up on the Real Presence would be weakened by banning the above-noted practices of the Novus Ordo which, it would seem, there is absolutely no appetite on anyone's part to ban. The claim that radical trads have to be slapped down by stopping celebrations of the Traditional Mass is, then, not only self-defeating but also hypocritical. 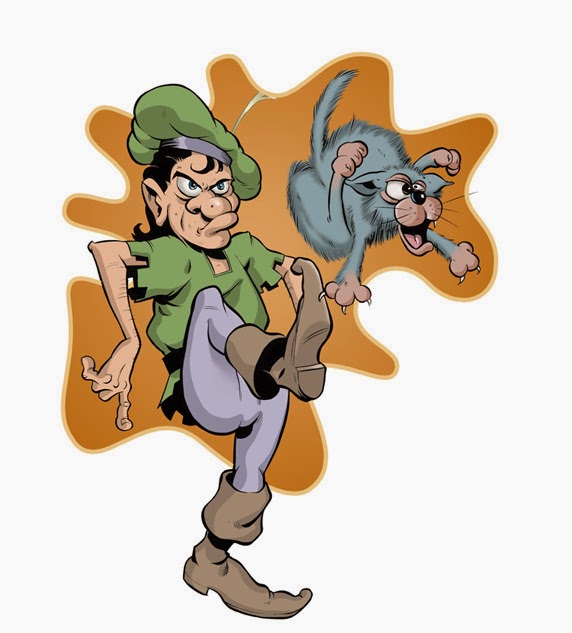 Here, as promised, is the classic expression of this argument, that moderate traditionalists should be punished for the misdemeanors of anyone who likes the Traditional Mass who expresses extreme views. It is from Bugnini's The Reform of the Liturgy pp295-7, talking about the very earliest days of the implementation of the Novus Ordo Missae.

'Not all traditionalist groups accepted the extreme conclusions of the most fanatical. Some [Eric de Savanthen and the FIUV] limited themselves to petitioning that "[the Traditional Mass] may have its place among the universally recognised rites for the celebration of Holy Mass." These groups regarded the Holy See's rejection of the petition as excessively harsh.'
...

'If there had not been the danger of seeming to approve the opposition between the Tridentine and Pauline Missals, as though the former, unlike the latter, was a symbol of orthodoxy, the Holy See would certainly have taken a more lenient attitude.'

That's right: kick the cat to punish the dog.
Posted by Joseph Shaw at 11:59 am

Labels: Conservative critics of the EF, Reform of the Reform