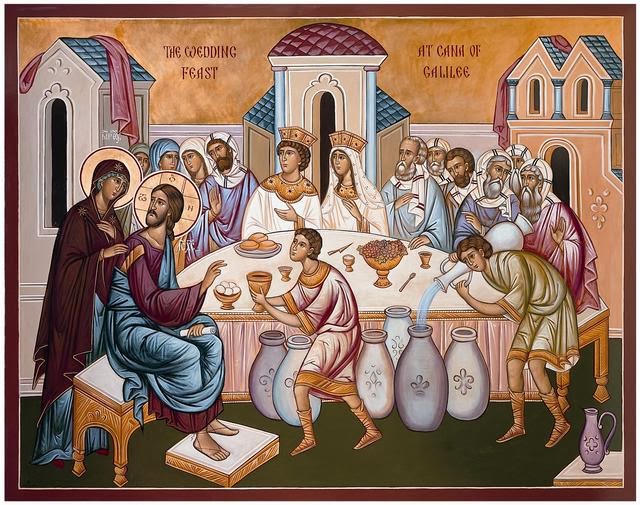 The proposals Cardinal a Kasper made recently are not intended to be definitive, they are, he says, 'suggestions'. As such I think it would be useful to comment on them. I base my remarks on the extracts of his talk posted on Rorate Caeli.

There are two suggestions, in relation to two kinds of case: one, where an annulment seems possible, and another, where it seems impossible.

On the 'First Situation', Kasper says this:

“Familiaris Consortio” affirms that some of the divorced and remarried are in conscience subjectively convinced that their irreparably broken previous marriage was never valid. [. . .] According to canon law the evaluation is the task of the ecclesiastical tribunals. Since these are not “iure divino,” but developed historically, we sometimes ask ourselves if the judicial way should be the only one for resolving the problem or if other more pastoral and spiritual procedures could also be possible.
As an alternative, one might think that the bishop could entrust this task to a priest with spiritual and pastoral experience as a penitentiary or episcopal vicar.

This comes down to one of the options I discussed in my earlier posts on the Church and remarriage: of making the marriage tribunals radically more lax, or, what comes to the same thing, transferring responsibility to some other party, who will be expected to make a decision without reference to boring things like canon law, witnesses, justice, or truth.

The problem with this, as I explained in the earlier post, is that a rubber-stamp system is unjust at several levels.

First, if it is true that pretty well any Catholic couple could get their marriage annulled if they asked, this radically undermines the stability of those marriages, and the confidence their children can have in their permanence. The proposal is to place a huge temptation in the path of every married Catholic whose marriage goes through a difficult patch, or whose eye falls on an attractive person.

But perhaps this would not be true, because the Rubber Stamp system would be issuing declarations of nullity for marriages which were perfectly valid. But this means, in turn, and this is the third point, that the Rubber Stamp would be of no value: it would give us no confidence that the couple were free to marry again. This would be unjust towards those who had been in a genuinely invalid marriage: their path to a completely above-board second marriage, recognised with confidence by everyone, will have been blocked.

We might ask: who is this good for? It harms existing valid marriages, by weakening the marriage bond. It makes the validity of future marriages permanently unclear. It prevents couples in invalid marriages establishing their bone fides for future valid marriages. Who is actually going to benefit?

The answer, I suppose, is a group of remarried divorced Catholics whose only interest is in receiving Communion. People who have abandoned a sacramental marriage and contracted a subsequent civil marriage without going through the necessary Church procedures. They go to church and they feel a bit left out, because these days, as Bl John Paul II and Pope Benedict observed, everyone goes up for Communion out of habit, and people even feel they haven't been to Mass properly if they've not received.

Could this happen? Could the marriage tribunals be converted into or replaced by Rubber Stamp centres? Yes it could. It has in some measure already happened in some places at some times. It could become universal by sheer negligence, or by Rome making changes to procedural rules. It would not involve an explicit denial of any doctrine, just a refusal to follow doctrine's pastoral implications. Christ has not guaranteed that the Church will not destroy the structures built up over centuries to safeguard the Faith and the spiritual good of her children. Traditional Catholics will be able to think of precedents...

But recognising the limitations on what even a Diocesan Penitentiary could do in claiming, without recourse to a serious investigation or legal expertise, that marriages were invalid, Cardinal Kasper proposes a different solution to the 'Second Situation': where a laxer procedure of annulment would not be enough.

The early Church gives us an indication that can serve as a means of escape from the dilemma, to which Professor Joseph Ratzinger referred in 1972. [. . .] In the individual local Churches there existed the customary law on the basis of which Christians who, although their first partner was still alive, were living in a second relationship, after a time of penance had available [. . .] not a second marriage, but rather through participation in communion a table of salvation. [. . .]
The question is: This way that stands beyond rigorism and laxity, the way of conversion, which issues forth in the sacrament of mercy, the sacrament of penance, is it also the path that we could follow in the present question?

In terms of my earlier discussions, this looks more like the 'orthodox option'. The references to the practice of the Early Church are, in fact, spurious: in the Early Church remarriage after divorce was never allowed. The modern practice of the Orthodox Churches developed later. They allow what Kasper wants: after penance, a return to Communion. However, the way they do it is to say that the second marriage (which follows the penance, rather than preceding it) is valid. What Kasper seems to be saying is that the couples don't need to do penance so much about the first marriage, but about the second one, because the second one is illicit and invalid. He can't get over the Council of Trent's teaching that if annulment is impossible, and the spouse is still alive, a second union cannot be valid.

What keeps the couple in the second union are the obligations which have arisen, for example to small children. They want to come back to the sacraments, but they don't feel they can just ditch the new set-up. This is the classic case pressed by those theologians who want to overturn the Church's discipline, so it is no surprise to see Cardinal Kasper talking about it. The problem with this case is, of course, that however much we may talk about penance and conversion, ex hypothesi we are talking about a situation in which the couple intend to maintain their adulterous sexual relations. If they did not have that intention, everyone agrees that they could go to Confession, be absolved, and go to Communion: that's not the problem. The problem arises when they can't repent, because repentance implies an intention to stop committing the sin we are repenting. You can't say sorry for something you are still doing and intend to carry on doing.

(The liberal theologians sometimes say that stopping sexual relations would be psychologically impossible for the couple, suggesting that we are, in fact, no longer dealing with free and responsible moral agents, but that is another story.)

If you have a unrepented mortal sin on your soul, it is impossible to be given sacramental absolution for any of your sins. Talk of a return to sacramental life in the Church is therefore useless: you can't fulfil the obligation of annual confession, and you can't put yourself into the State of Grace necessary for a worthy confession.

The solution we are being offered would seem to be this. To say to them: yes, you are in a state of public sin, but I am going to give you Holy Communion which will make you spiritually worse off. It will make it harder for you to repent and, if you don't repent, will place you in a lower and hotter pit in Hell. But hey, what's important is to see a smile on your face as you return to that state of human respectability which is represented by your place in the queue for Communion, and which is of greater value than the love of Christ or the salvation of your soul.

This is madness, but it is already happening in many parishes, in many dioceses. Could it become the universal, official policy of the Church? Yes. It is not ruled out by the Church's indefectability; it is not a formal or explicit denial of any teaching, it is just a criminally wicked pastoral policy.

Orthodox Catholics are right to worry about this: to pray, to do penance, and to prepare some kind of response, both to head off such proposals, and to cope with them were they implemented. What would happen to faithful bishops and priests if this happened? They will need our support.

This may be a long Lent.