How Feminism made men into jerks 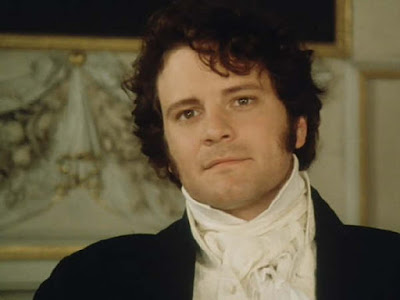 Continuing this series, I am going to try another way of approaching the central problem, to see if this is helpful.

Once upon a time, there was a certain masculine ideal, which had strength of character in a central position. The ideal man might be intellectual or practical, he might be introverted or extroverted, he might be dark or fair, he might have limitations and even serious faults, but he was not a weed. Let's leave reality for a moment, and think about perceptions, expectations, and fantasies: what we can see in fiction.

So what I have in mind are men like John Bold in Trollope (The Warden), Gabriel Oake in Thomas Hardy (Far From the Madding Crowd) - the names rather give the game away - Mr Darcy in Jane Austen (Pride and Prejudice), Shakespeare's Othello, and Duke Theseus (Midsummer Night's Dream) - you get the idea, there are masses of examples.


Contrasted with these men were of course weeds. Roderigo in Othello, Mr Collins in Pride and Prejudice, Shakespeare's Silvius in As You Like It. They aren't of huge significance, but there they are. Men who aren't strong are, obviously, weak.

But there is another type: the cad. Sgt Troy in Far From the Madding Crowd, Mr Wickham in Pride and Prejudice, Tolstoy's Count Vronsky in Anna Karenina, Shakespeare's Iachimo in Cymbeline. They represent a marginal social phenomenon, in terms of numbers, but an important one. These are not weeds, they have a degree of strength of character, they are amusing, charming, and so they are attractive to women. They offer them excitement, but not commitment, though sufficient financial incentives may on occasion get them to tie the knot. Hardy is not exactly subtle when Sgt Troy impresses the girl by getting out his sword and waving it about. These men try it on with single women, women married to weeds, or, in the case of Iachimo, a woman married to a slandered exile.

What these authors want to say (among many other things, obviously) is that the female characters should go after the ideal men, and ignore the cads. The cads may on occasion seem more exciting than the good men - they are obviously far more exciting than the weeds - but what they offer is at best the cheap thrills of the roller-coaster, and more likely the trauma of a car crash. The ladies don't need warning off the weeds, who are simply not attractive; what is interesting for the novelist is the difference between the cad, who may not immediately show his true colours, and the ideal chap, who is probably less flashy.

Now, the strength of character of the masculine ideal includes being able and willing to provide leadership within the family, along with the support and defence of it. These are men who wear the trousers. They are masterful men. The ladies who marry them won't have to prop them up as they might have to prop up a weed; equally, these chaps are going to have the last word about family decisions. As we can imagine their on-going marriages, these men are reasonable, they are kind, they are sexy, and they are patriarchs.

So far, so uncontroversial, I hope. That is how marriage was imagined in those days, before feminism and the sexual revolution, whether you like it or loath it. The promise of the feminist or feminist-influenced modern conception of marriage is that it is far superior because it is equal. The role of all the books and plays I have mentioned in our ongoing culture is, accordingly, far from clear. Their continuing huge popularity, with film versions and so on, suggests that their conception of human nature still strikes a cord, however.

The feminists tell us that the patriarchal model of marriage and family is oppressive, and the trait of masterfulness in men is now systematically discouraged. There was of course a delay between the ideological triumph of feminism in the 1950s and its influence over the upbringing of boys from their earliest years, but we've got there now.

So men who might otherwise have modelled themselves with some degree of success on the old-fashioned masculine ideal, now have a choice: they can either become weeds, or they can become cads. They find, however, that the role of the cad, now called the jerk, is enormously larger than before. In the name of sexual liberation and the attack on the patriarchal family, the social pressures limiting jerk behaviour are far less than before; because women get married later, and are much more likely to marry weeds, their opportunities are vastly expanded. And then there is contraception.

But here is something else. A high proportion of young women are genuinely convinced by feminist ideology about the importance of equality within marriage. They consciously don't want to marry a masterful man. But they still don't find weeds terribly exciting. What they find exciting, in fact, remains what it always has been: a man exhibiting strong masculine traits. They just don't want to marry such men. What to do? Easy: in the language developed in discussions of these issues, they spend their years of promiscuity chasing 'alpha jerks', and then settle down for a disappointing marriage with a 'beta provider', a marriage which of course may well end in divorce, because those weedy husbands are incapable of giving them much of a thrill.

Sleeping with jerks is, from a feminist point of view, a safe way to play with fire. Feminists theoretically hate jerks, but patriarchs are far more dangerous. A feminist who wants to experience the thrill of a masculine man can go to bed with him, without finding herself oppressed by a long-term patriarchal power-structure.

This, of course, is to summarise a huge phenomenon in very crude terms. But for those who like to see numerical empirical support for such observations, there are studies which show that women are physically attracted to men with high levels of testosterone, for example, but there is also a good deal of evidence of a contrast between what is immediately attractive to women and what is regarded as a good prospect for a long-term relationship.

As soon as women stop to think, consciously, about settling down, their intellects and ideological commitments start playing a much larger role in their decisions. And of course, feminists have been very successful in driving the patriarchal masculine ideal out of town, and the ladies are quite right to think that jerks won't make very good husbands and fathers. It's just that if it hadn't been for feminism, women wouldn't have been left with this unenviable choice.

But this really is too crude, because the different types are not watertight groups but points along a sliding scale. What I said before about men being able to make themselves more attractive by exhibiting strength of character remains true; the kind of feminist who aims for men with no personality at all is not a female whom sane Catholic men are going to want to marry anyway. One of the most annoying kinds of weed, even to feminists, are 'male feminists', illustrating the incoherence of their position, and patriarchal traits can still be seen here and there. What I have said in this post does, however, draw attention to another aspect of the problem. Catholic men of a more patriarchal bent have to contend with ideological opposition from women who would otherwise find them attractive.

Update: this Telegraph headline could have been written to support my argument. 'Sex with 'bad boys' might be irresistible to women - but you don't have to marry one'