He was President of the Pontifical Commission Ecclesia Dei over the period of the promulgation of Summorum Pontificum, obviously a very important time for those attached to the Traditional Mass.

In the photograph below, he is blessing delegates at the Foederatio Universalis Una Voce during the General Assembly of 2013; below that he is celebrating Mass for them in the Blessed Sacrament Chapel of St Peter's in Rome in 2011. That was the first time a Cardinal has celebrated the ancient Mass in St Peters since the liturgical reform.

There is an obituary of him on Rorate Caeli. 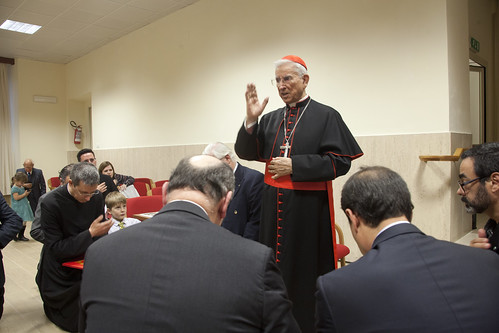 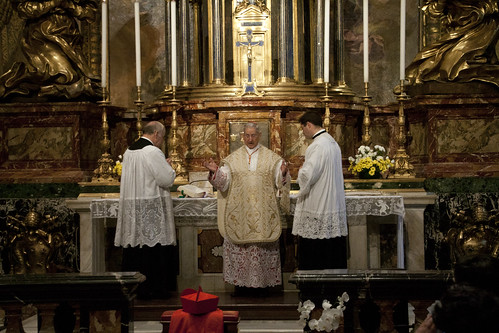 Support the work of the LMS by becoming an 'Anniversary Supporter'.
Posted by Joseph Shaw at 1:51 pm