Support the Latin Mass Society
Posted by Joseph Shaw at 4:28 pm No comments: 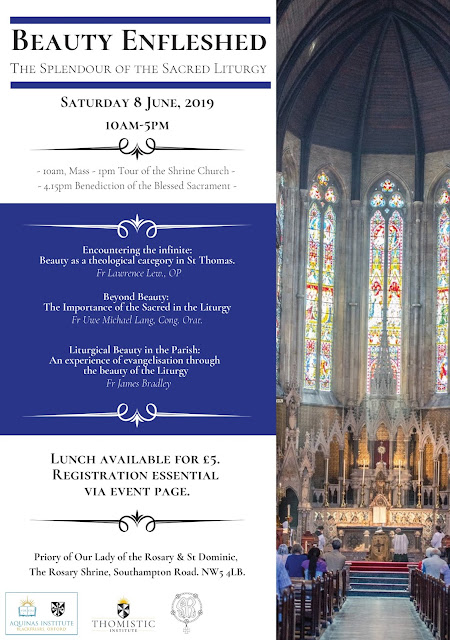 Support the Latin Mass Society
Posted by Joseph Shaw at 9:56 pm No comments:


Support the Latin Mass Society
Posted by Joseph Shaw at 10:56 am 3 comments: Support the Latin Mass Society
Posted by Joseph Shaw at 6:15 pm No comments:

For any Catholic of the last two or three centuries, the idea that one might accuse the Pope of heresy seems almost unthinkable: almost a contradiction in terms. The Holy Father is the guarantor of the Faith, the recipient of the gift of infallibility; union with the Pope is union with the Church.
Nevertheless, it is not quite unthinkable.
When Jesus Christ gave St Peter the Keys, to bind and loose, and the guarantee that the gates of Hell would not prevail over the Church which would be built upon the ‘rock’ of Peter (Matthew 16:18-19), the very next thing he said to him was to call him ‘Satan’ (Matthew 16:23), for trying to divert Christ’s mission in a worldly direction. When the Risen Christ gave St Peter the mission of feeding his sheep, he did so in the context of a thrice-repeated question, ‘Do you love me?’ (John 21:15-17), a question recalling, and undoing, St Peter’s thrice-repeated denial of Christ in the house of the High Priest (John 18:17, 25-27).
We are called to accept this painful paradox, of the Pope’s supreme spiritual authority, and his infallibility in solemn acts of teaching, along with his limitations as a member of the fallen human race. History tells us that popes have been guilty of all kinds of sins, including sins against the Faith. It is unsurprising that popes have tended to be theologically sound, politically astute, and morally upright. But there is no supernatural guarantee that they must be.
The recently published letter accusing Pope Francis of the crime of heresy makes for uncomfortable reading. Most readers will know that Pope Francis’ Post-Synodal Exhortation Amoris Laetitia (2016) contained passages which were troubling to many orthodox theologians. Many people, including me, thought that those passages could be explained in an orthodox sense. The difficulty with this approach, as time has worn on, is that Pope Francis has given no indication that such orthodox readings are correct. On the contrary, the whole tenor of papal remarks, documents of varying levels of official status, and the guidance given to and conclusions drawn from bishops’ synods in Rome, has tended to undermine those orthodox readings.
Read the rest.
Support the Latin Mass Society
Posted by Joseph Shaw at 9:13 pm 5 comments: