A New Year's idea: a reading group for Socratic dialogues 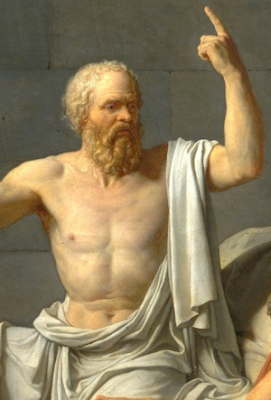 As we face heaven knows how much more time cooped up under every kind of pressure, I feel the need to get away from it all, not so much imaginatively (I'm not a great reader of romantic fiction) but intellectually.
I want to go somewhere where there are no fashionable causes demanding our agreement to an ever-changing collection of insane propositions. Where I can consider something, in company with others, not indeed without relevance to ordinary life, but abstracted a little from the urgencies of today, in a calm atmosphere. And where this consideration can be reasonably prolonged and serious.
The suviving works of ancient philosophy invite us to do this, and above all, the early dialogues of Plato seem to me ideally suited to it. They tend to be short, and address specific concepts, often virtues (piety, courage, friendship). They are artfully constructed to show up confusions hidden in  common beliefs and usually end on a note of paradox, leaving readers to decide for themselves where to take the argument next, whether in a way hinted by Plato, or in a different direction.
They are ideally suited to beginners in philosophy as they don't assume too much prior knoweledge or use too much technical vocabulary. They are an introduction to philosophy in the sense that they have had an immense influence on later thinking, both in terms of their arguments (which were considered again in Plato's later writings, by Aristototle, and by many others) but above all in their style of argument.
The discipline of philosophy, it is often said, is not a body of doctrine, but a method. Plato's early dialogues are the greatest exemples of this method in the history of philosophy: all later philosophy is directly or indirectly indebted to their model, in which concepts are discussed and broken down, definitions proffered and counter-examples considered, in a conversation among civilised people--not always friendly, but always driven by Socrates, with patience and irony, in the service of the truth.
The early dialogues are likely to appear a bit dense at first and are set in a thought-world (of ancient Athens) rather different from our own, so an encounter with them is best done in the company of a guide. They are also designed to generate group discussion, and have not lost their power to do so.
I therefore invite expressions of interest in a course of online seminars on the early dialogues (in English!) to be led by me, for a reasonable fee. My thought is that a small group (between two and five people) could read one dialogue a week and spend an hour on Zoom discussing it after a brief introduction to the argument by one member of the group.
Timing and other details to be confirmed, but I'd suggest starting with a series of four, on the Euthyphro, Ion, Lysis, and Laches. The texts are all online.
I've put more information about the project here.
Support the Latin Mass Society
Posted by Joseph Shaw at 2:37 pm