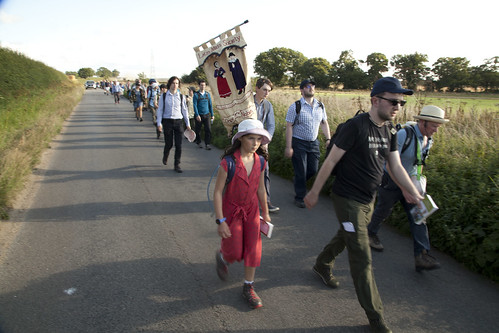 The little girl in red managed the entire walk, 56 miles over three days. 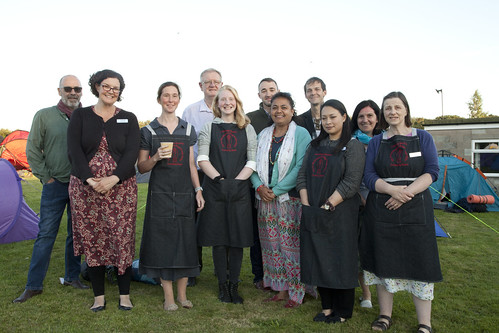 Our fantastic non-walking volunteers, on Saturday evening in Great Massingham. 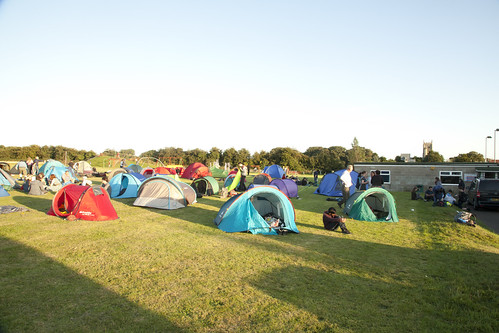 Some of the tents at Great Massingham. 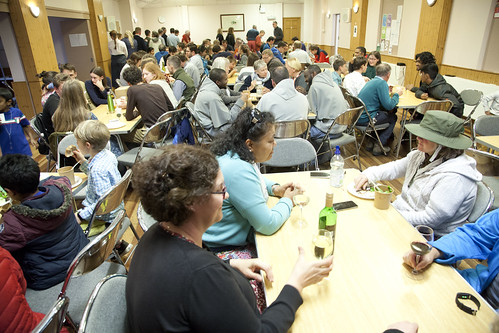 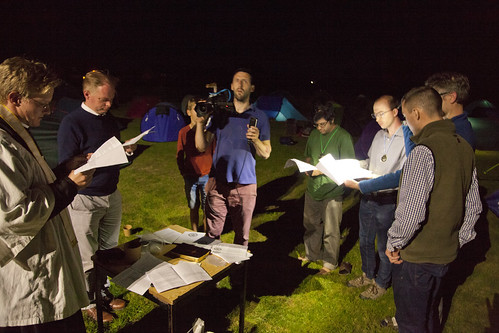 That evening we enrolled four members of the LMS' servers' guild, the Society of St Tarcisius. 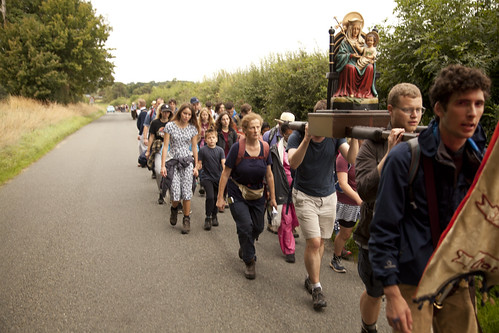 Walking on Sunday morning, accompanied by the processional statue. 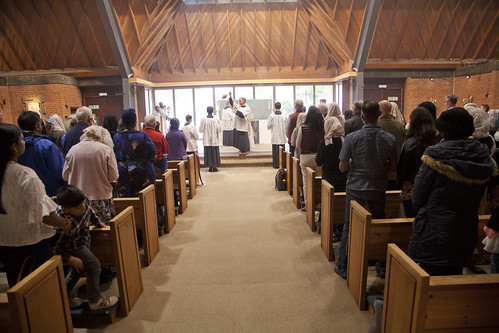 The final Mass of the Pilgrimage, in the Catholic Shrine in Houghton St Giles. The medieval shrine at Walsingham was of course destroyed by Henry VIII; the restored Catholic shrine today is based around a medieval 'slipper chapel', a wayside pilgrims' chapel, the last on the route and the marker of the Holy Mile to the shrine proper. The larger church there, the 'Reconciliation Chapel' pictured above, is always a challenge to photograph, but this year we filled it, with a congregation of about 350. This included many people who joined us by car and coach, and also people who just happened to be at the shrine, including many Syro-Malabar Catholics and Travelers. 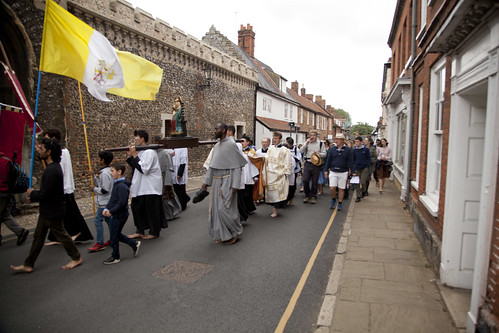 So after Mass we form up again, with many more people than before, and walk the Holy Mile singing the Rosary and the Te Deum. 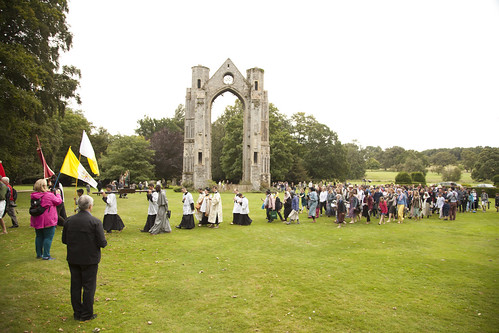 We arrive at what is left of Walsingham Priory, which once housed the Holy House. This represented the house of the Annunciation in Nazareth, and was established at the command of Our Lady herself on the eve of the Norman Conquest. 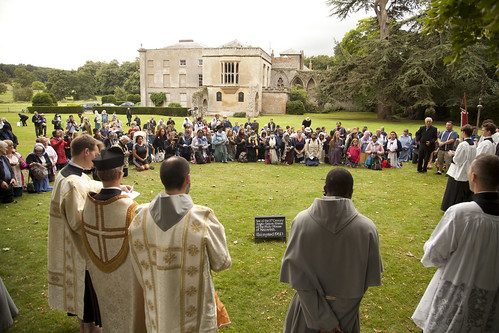 There we venerated the processional statue we had brought with us and received the special blessing of returning pilgrims from the Roman Ritual. 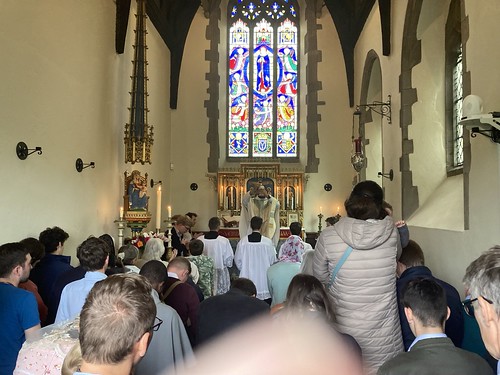 The following morning, those of us who have stayed the night locally squeeze into the Slipper Chapel for a Sung Mass.