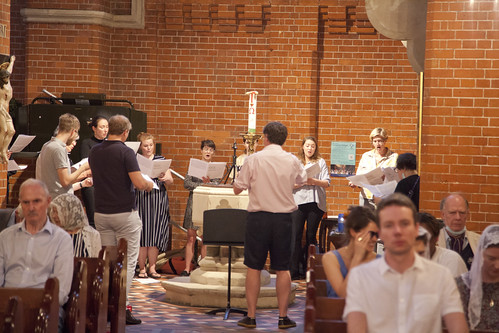 The Latin Mass Society has a very long association with the historic London church of Corpus Christi Maiden Lane, located in Covent Garden, and we organise a Traditional Sung Mass there every Monday at 6:30pm. This practice was disrupted by the epidemic, but maintained as far as possible with two singers and no servers. 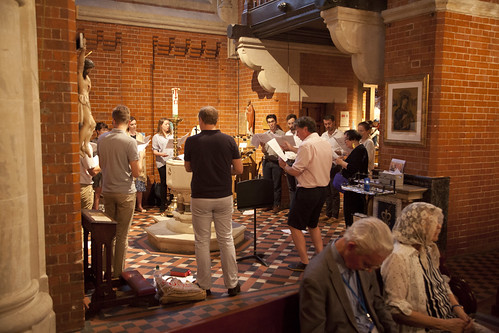 We are now back, and last night we had the first Mass with the newly formed Southwell Consort. This is led by Dominic Bevan and consists mainly of men and women with musical training who have chosen not to pursue music as a career. It is an opportunity for them to sing some lovely sacred music in the liturgical setting for which it was composed. Last evening they had a whopping 17 singers. They sang Missa O Quam Gloriosum, Victoria; Ave Maria a 8, Victoria; Panis Angelicus, Rebelo, and I must say (hearing this from the sanctuary where I was serving) it was extremely impressive. 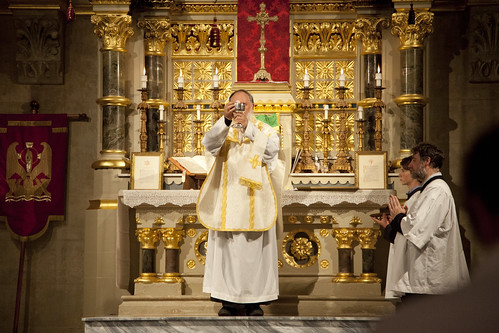 Next week, the Houghton Schola will return: also to be led regularly by Dominic Bevan, this is an all-male group singing Gregorian Chant, for singers of all levels of experience.
The two groups will alternate thereafter. Enquiries for both groups should go to southwell@lms.org.uk
Another new thing about these Masses is that the first of each month is being offered for the intentions of the Catholic Police Guild, at their request. 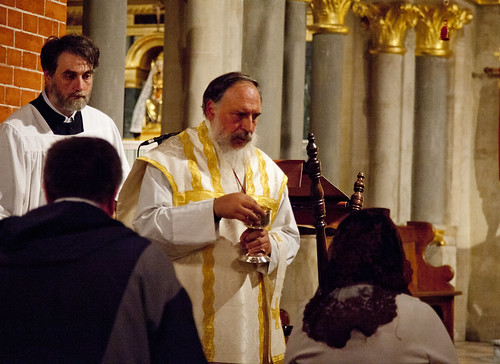 The next Monday evening Mass will be a High Mass, a Votive of the Blessed Sacrament, part of the series of Masses in London linked to the Eucharistic Congress taking place in Hungary. In honour of the occasion the Houghton Schola will be joined by some polyphonists.
Support the Latin Mass Society
Posted by Joseph Shaw at 1:17 pm