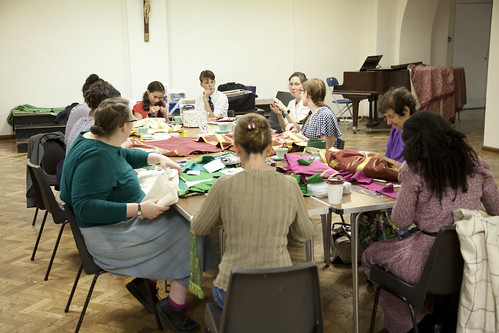 Our activities at St James' Spanish Place were jolly affairs as usual on Saturday, and well attended. The Guild of St Clare vestment making and mending was in the basement, and the Society of St Tarcisius server training was in the church upstairs. 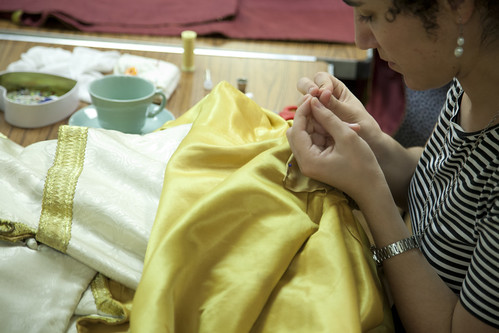 As well as lots of progress being made on various vestments belonging to the Latin Mass Society, we had several groups of server trainees going through Low Mass and a team looking at the rubrics of Missa Cantata. We were fortunate to have four excellent instructors (I don't count myself!). 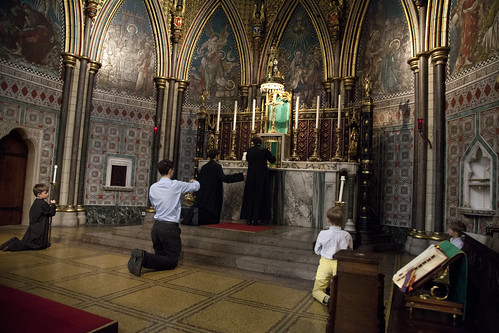 Fr Andrew Southwell, a priest of Southwark Archdiocese familiar from the St Catherine's Trust Summer School who has been in Rome doing studies but is currently in London, was able to enroll five new members of the Society of St Tarcisius, including a Senior MC, who is our MC at the Monday evening Masses in Corpus Christi Maiden Lane. 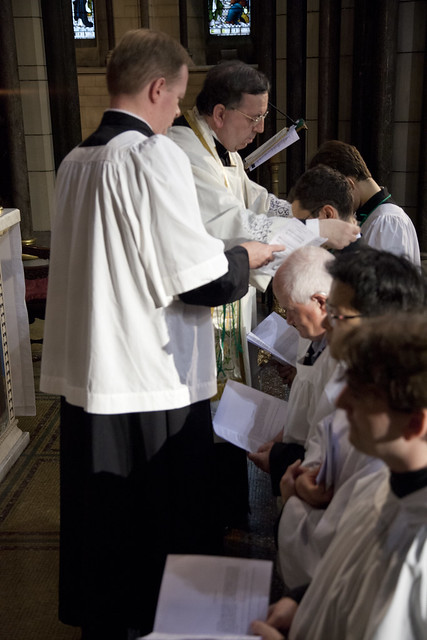 Trainee servers came from the Welsh diocese of Menevia, from Sheffield, and from Kent; one young man was from Los Angeles, though he is on an extended stay in London. 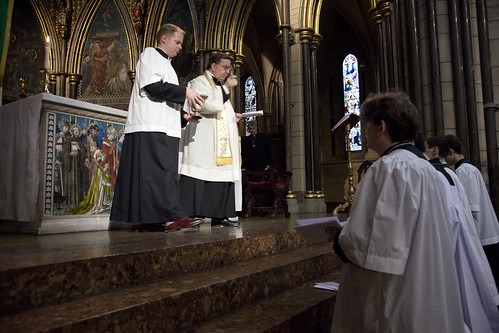 We have another such event booked, on Saturday 20th November: what you need to know is here (for servers) and here (for the vestment mending).