Confirmations: Being Stricter than the Law 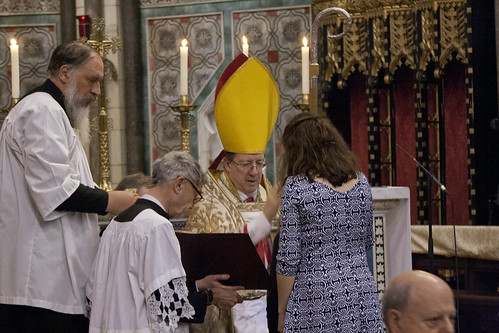 My latest in the Voice of the Family Digest

Since 2004, with a break in 2020 for COVID, the Archdiocese of Westminster has supplied an auxiliary bishop to confer the Sacrament of Confirmation according to the 1962 liturgical books. In the 16 services which have taken place over 17 years, 593 candidates have been confirmed using this rite. These services were open to Catholics from all over England and Wales, and indeed beyond: occasionally we had candidates from Scotland and France. As time has gone on several other bishops have plucked up the courage to hold confirmation services in their own dioceses. One such was due to take place in just a couple of weeks, 6th February, in the Oratory at Birmingham.

These have now all been cancelled. It seems the bishops of England and Wales had a meeting, online, and decided that they must not be allowed, under the terms of the Responsa ad dubia, which the Congregation for Divine Worship published before Christmas. The Responsa ruled out the use of the older Pontifical, the liturgical book which contains the Rite of Confirmation, and also the Roman Ritual. Neither of these books was mentioned in Pope Francis’ Apostolic Letter, Traditionis Custodes. It is not clear how or why a Roman Congregation, supposedly interpreting Pope Francis’ document, is adding entirely new regulations not found in the original. They are, we might say, being stricter than the law.

Bishops in England and Wales, and around the world, have in any case the authority to abrogate from the universal law of the Church for the good of souls, under Canon 87.1. They referred to this Canon in addressing the problem thrown up by Traditionis Custodes, which appeared to say that parish churches should not be used for the traditional Mass, when the overwhelming majority of such masses are being celebrated in parish churches, with no practical alternatives available. This Canon has not been changed. If bishops, who can see the harm done to the good of souls by a strict implementation of the Responsa which itself does not have the force of law, want to implement it anyway, they themselves are being stricter than the law.

Read it all there.
Support the Latin Mass Society
Posted by Joseph Shaw at 10:55 am