A Post-Modern Defence of Ritual: a book review

My latest for the European Conservative: a review of Byung-Chul Han The Dispearance of Rituals. 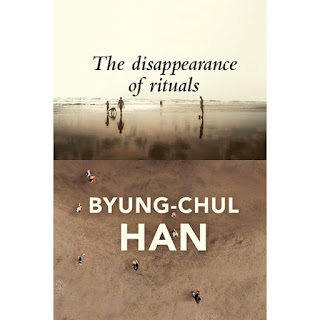 This short book (about 100 pages) could be described as a post-modern critique of the forces that are destroying both traditional societies and the remaining traditional elements of Western civilisation. It is not unique in this project, but it is a representative example of a kind of book that has become more common in recent years, and the arguments it contains are worthy of serious consideration by conservatives approaching the issues from a rather different perspective.

I am not an expert on Han’s sources—Gadamer, Foucoult, Baudrilland, Barthes, and others—so I take Han’s arguments simply as presented in this work. They display some of the characteristics of post-modernism which make it such a frustrating area to work in: sweeping generalisations, simplistic contrasts, dubious historical claims, and inconsistencies. To give an extreme example, Han appears to believe that ancient warfare did not involve projectiles (arrows and so on), which I think would have been a surprise to anyone living at the time. To some extent, one has to go along with him and see if a sound argument can be constructed out of the impassioned and intriguing elements he presents.
Read it all there.
Support the Latin Mass Society
Posted by Joseph Shaw at 1:35 pm