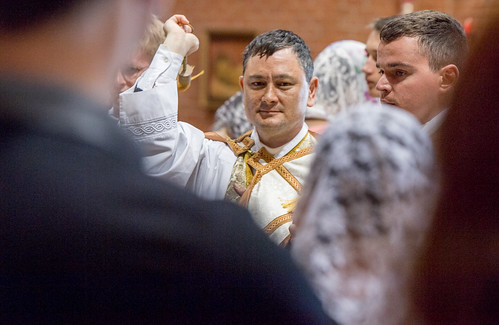 Fr Michael Rowe is diocesan priest in the Archdiocese of Perth in Australia, who for many years has celebrated the Traditional Mass for the 'quasi-parish' of St Anne's in the city of Perth. Since 2018 Archbishop Costelloe has been trying to eradicate this community, which had been established by his predecessor. Having exhausted the Church's own procedures of appeal, Fr Rowe and his community has taken the matter to the civil courts.

Please consider donating to the (considerable) cost of making an appeal.

Fr Rowe has a special connection with Traditional Catholics in England as until Covid made it impossible he participated in the Latin Mass Society's walking pilgrimage to Walsingham: these photos are from 2017, and were taken by John Aron.

Details from that page:

After the retirement of Archbishop Hickey, his successor, Archbishop Timothy Costelloe in 2018 had a meeting on the site of St Anne's church with the Archdiocesan Vicar General, archdiocesan employees and the parish priest of Cloverdale. Fr Rowe as Rector was not informed, nor invited to the meeting on St Anne's property but only found out about it afterwards. In October 2018, by formal decree, Archbishop costelloe merged three former territorial parishes (including the Parish of Belmont) in which St Anne’s Church happens to be located.
The territorial merger had the effect of appropriately managing the pastoral care of the parishioners of the Belmont territorial parish by merging it with the Cloverdale Parish. However, in January 2019, Archbishop Costelloe wrote to Fr Rowe expressing the view that the merger resulted in the newly merged territorial parish owning the land and property at St Anne's. This is despite the fact that the parish of Belmont had previously ceded responsibility for St Anne’s Church back to Archdiocese, and then  the Archdiocese had then given St Anne’s to the Latin Mass Community as their permanent location in 2008 and established it as a quasi-parish with its own priest. The mertger decree and the Archbishop's view of the ownership of St Anne's also ignores the fact that the Latin Mass Community and its Rector has spent significant amounts of money and time improving and maintaining the property. Archbishop Costelloe’s 2019 letter to Fr Rowe expects the Latin Mass Community to give back ownership to the Cloverdale Parish. Worse than losing proprietary rights over St Anne's is the fact that the parish of Cloverdale now wants to sell either part or all of the property at St Anne’s to build a new presbytery (house) for the clergy of the Cloverdale parish to live in. This explains the October 2018  meeting on site with Archbishop and parish priest of Cloverdale which Fr Rowe and his community knew nothing about.
In the proposed sale of some or all of St Anne's land (for the financial benefit wholly of the Cloverdale Novus Ordo Parish), the Latin Mass Community in Perth would find themselves homeless and the Archdiocese has suggested that they have no other location to provide them. 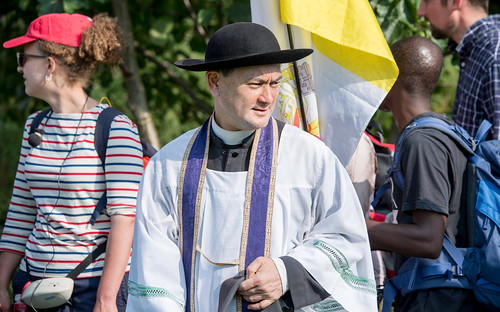 Support the Latin Mass Society
Posted by Joseph Shaw at 8:53 am