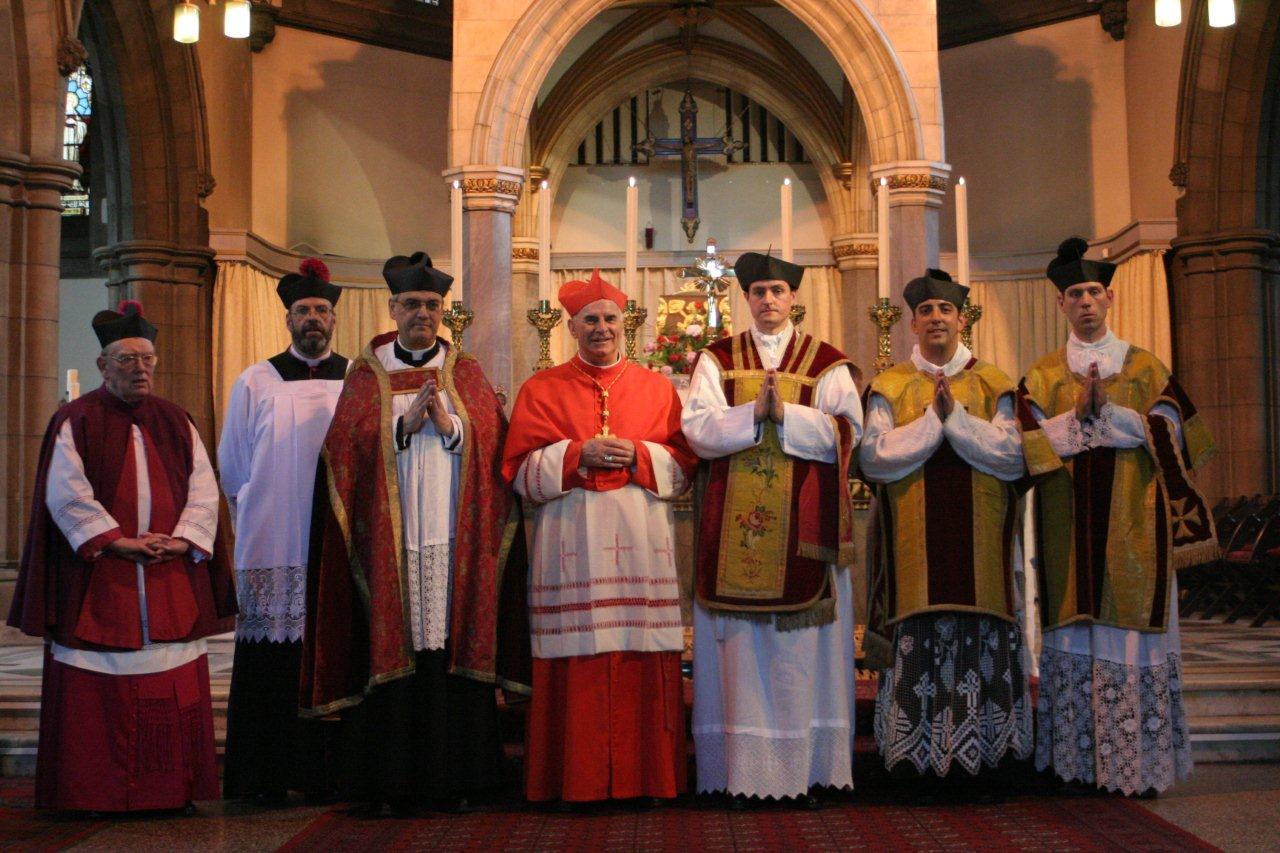 Fr Simon Harkins FSSP, recently ordained in the newly consecrated chapel of the Fraternity of St Peter seminary in Denton, Nebraska, said his first Mass in Britain in Edinburgh, in the presence of Cardinal O'Brien.

The monks of Papa Stronsay were there, and have some lovely photos on their blog. Br Martin, from Oxford, is in the back row on the left. 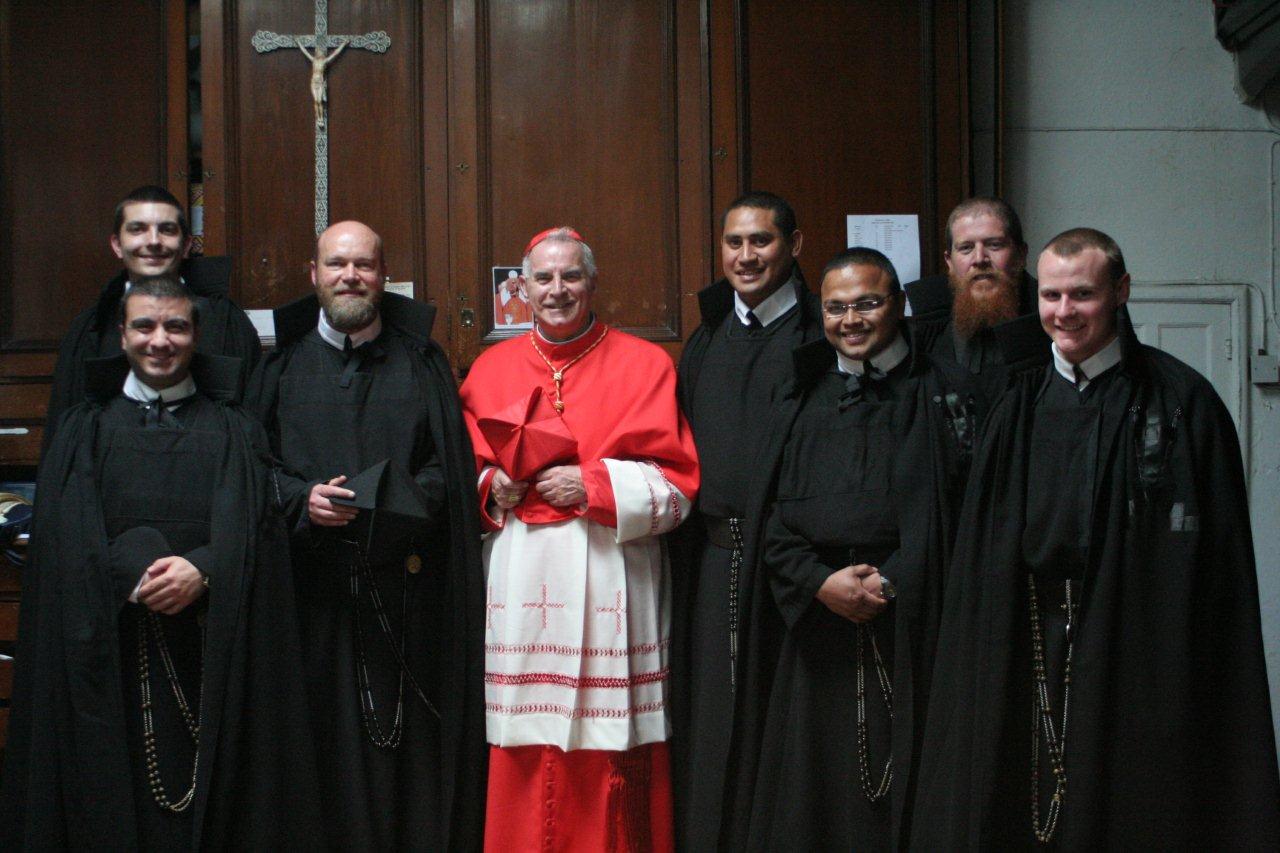 Fr Harkins will be saying another Solemn Mass in London, in St James' Spanish Place, this Saturday, 12th June, at 3pm.
Posted by Joseph Shaw at 5:53 pm