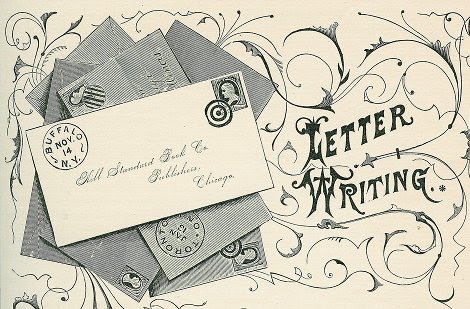 It can be a difficult question whether to lend credibility and publicity to opponents by responding to their attacks, especially opponents so notoriously dull, wrong-headed, and maddeningly persistent that they have become a laughing stock by their own efforts. Such a one is Tom McIntyre, who appears what seems like every week in the Letters page of the Catholic Herald. (See comments on him here and here.) I used the search facility on the CH's electronic archive to make sure of this and since July 2007, that is, over the course of less than 44 months, he has had 47 letters published. How many he has actually written is anyone's guess, since his letters display no special expertise, he has no position such as might lend them authority, and he does not speak for any particular group.

The archive goes back to 2003 and his output shot up when Summorum Pontificum was published. It has been his special project to obscure what is clear in the document, and since misunderstandings about it persist in other quarters it seems right to take the opportunity to correct some of them.

So here is the last paragraph of his latest effort, and my reply, published by the Catholic Herald last weekend.

From Tom McIntyre, with my emphasis and comments.

The Old Rite's individualist allure has intensified with postmodern vogues for the antique, the "retro" and the exotic in religion. [Met any 'post-modern' trads? Me neither. Among insults, this is a new one.] How wise, then, of the Pope to make it clear that, in parishes, Summorum Pontificum's concession [actually, it gives Catholics a right, not a concession] of the 1962 Missal as an extraordinary use applies when a body (coetus) of adherents to the previous liturgical tradition is well-established. [Actually, it applies in every parish.] As Mr Medlin says, the Motu Proprio is carefully drafted: otherwise the vagueness of coetus - "crowd" or "assemblage" - might seem a problem. [McIntyre is a retired Latin teacher. But this is weak stuff.] But the document has already clarified that. It concerns those places where the faithful have been, and still are, emotionally attached to and culturally steeoed in the previous form in very large numbers (haud pauci). [So strictly over-70s only? See below.] Indeed, the Pope later told reporters in France that the beneficiaries of Summorum Pontificum would be "a small group, given that it presupposes a formation in Latin." [He says the same thing in the Letter to Bishops, but he's talking about priests, not the laity. 'Formation in Latin' wasn't a requirment on laity in the old days, and there's no reason why it should be now.] 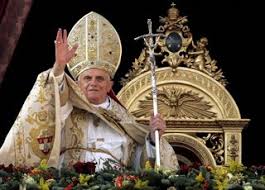 As usual McIntyre presents what American military strategists call a 'target rich' field but to avoid filling the entire Letters page I have to be selective as to what I respond to. The stuff about post-modernism is too wacky to bother with but a casual reader might just think McIntyre has found a restrictive reading of the Motu Proprio worth a second glance. But he hasn't.

Sir,
Tom McIntyre (Letters, March 18) repeats his tired claim that 'in parishes, Summorum Pontificum ... applies only where a body (coetus) of adherents to the previous liturgical tradition is well established', and not newly established or small in numbers. Last time (Letters, Sept 3, 2010) he attempted to argue this point by a tendentious translation of a word which does not even appear in the official Latin text [the old 'continenter'-'stabiliter' confusion, recommended for insomniacs]. This time he takes a phrase from the preamble, ‘haud paci’ (‘not a few’) and applies it to the word ‘coetus’ (the ‘group’ seeking the Extraordinary Form) seven paragraphs later. (A non-stable group, in fact a moving one, at the York Pilgrimage last Saturday.)

To be clear, the document says that it was the 'not a few' requesting the Traditional Mass who encouraged John Paul II to issue an indult back in 1984 (penultimate paragraph of the preamble). Later, Article 5 talks of a 'group of faithful' who are given the right to ask for the Traditional Mass. The two paragraphs are talking about completely different things. Were further refutation of Mr McIntyre needed, the Motu Proprio tells us that requests for the Traditional Mass can come not only from 'well established' groups, but transient groups attending pilgrimages and weddings (Art. 5), and young people discovering this form of the Mass for the first time (see the Letter to Bishops accompanying the Motu Proprio).

Since Summorum Pontificum was published in July 2007 Mr McIntyre has had no fewer than 47 letters published in the Catholic Herald letters page, of which 20 concern that document and related issues. The reasonable tone of these letters belies an obsessive attempt to occlude the pastoral concern of the Holy Father and the treasures represented by the Church's liturgical traditions with his own peculiar prejudices.
Surely by now even the most occasional reader of The Catholic Herald is sufficiently familiar with Mr McIntyre's views. Can't we finally say, enough is enough?

Labels: Liberal critics of the EF, The Press, Tom McIntyre