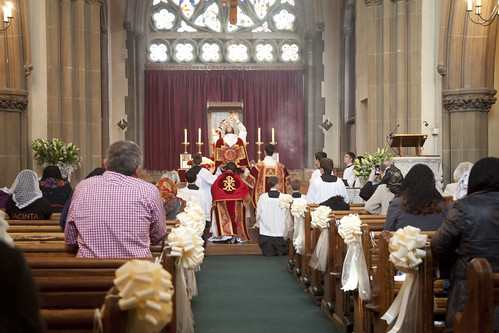 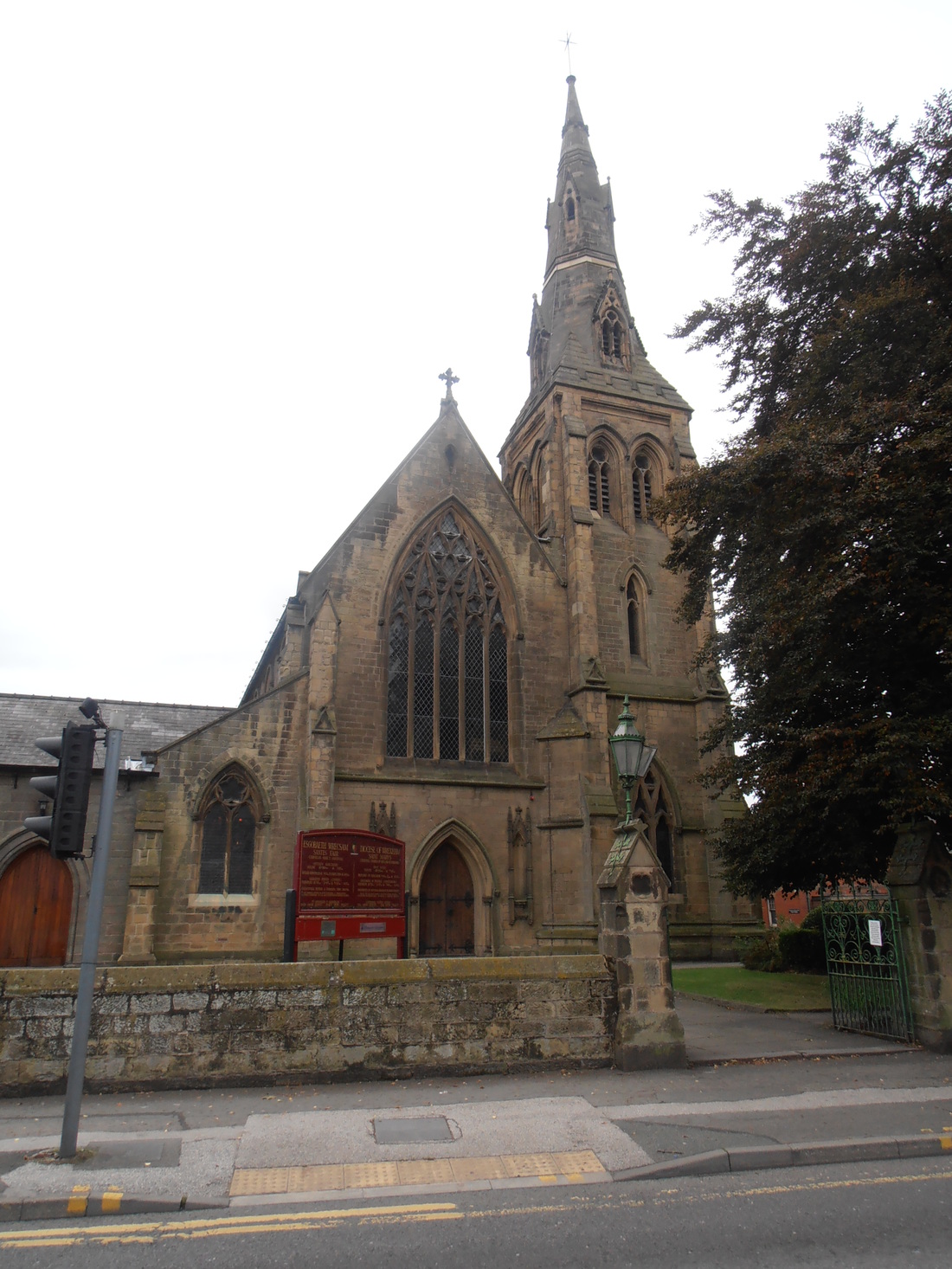 Apologies for the break in blogging, I have been too busy, and too far away from internet access, to keep up. I have been at the St Catherine's Trust Summer School, which I will blog about next; first, however, an LMS event we took the school students to join.

It was on Saturday that we attended the Latin Mass Society's Pilgrimage to Wrexham in Wales, which has the shrine and relics of our co-patron, St Richard Gwyn. (Our other heavenly patron is St Margaret Clitherow.)

It was during the St Catherine's Trust Summer School and the students and staff joined the pilgrimage. We always have an outing of devotion from the Summer School and our venue, the Franciscan Retreat Centre at Pantasaph, is not far away. 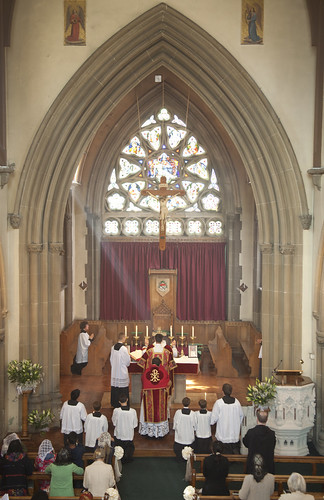 Mass was celebrated for us by Fr. Mark Kirby O.S.B. Prior and founder-superior of Silverstream Priory in Ireland, assisted by Abbé Cosme Montjean of the ICKSP who was deacon and seminarian Anthony Dorsa of the Priestly Fraternity of St Peter as subdeacon. The servers and singers were from the Summer School. 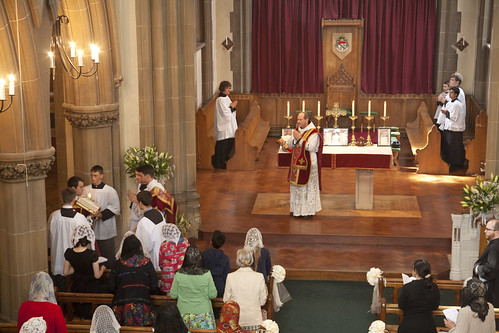 We were welcomed by the very helpful Fr. Simon Treloar, Cathedral Dean, and thanks are also due to Bishop Peter Brignall, the Bishop of Wrexham, for allowing us the use of his cathedral. 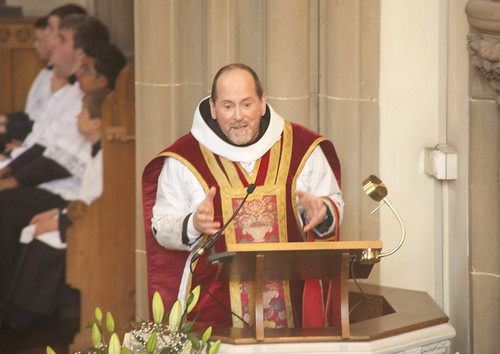 It is a pretty modest-sized church as cathedrals go, but it is a Pugin (son of A.W.) design and has fine proportions and some excellent stained glass. I wasn't able to get photos of the building and its features on this occasion, but I'm sure I'll be back. The local LMS Representative, who organised the pilgrimage, has more information about the history of the church and the diocese on his blog here. I was interested to read that before Wrexham diocese was created in 1987, being split from Menevia, the seat of the bishops of Menevia was this same church in Wrexham. Which is a little confusing. 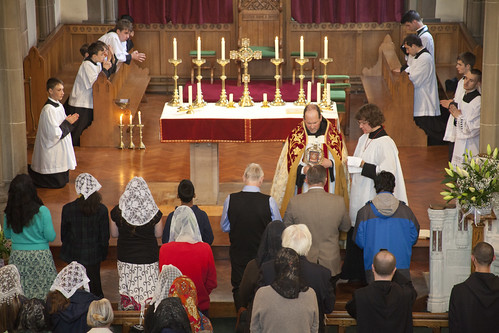 Fr Mark Kirby, a well-known blogger, gave us an excellent sermon which you can read here. As well as Mass we venerated the relic of St Richard Gwyn and had Benediction. 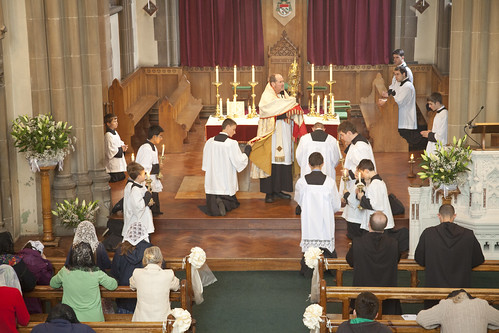 Support the work of the LMS by becoming an 'Anniversary Supporter'.
Posted by Joseph Shaw at 4:45 pm