Now there's an app to learn the server's responses at Mass! 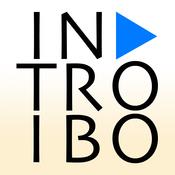 This is a very specialized application - a training aid for servers of the Traditional Latin Mass. It provides a three-step aid to memorization of the Latin prayers and responses which a new server must master.
On the Memorize tab, all of the Latin prayers and responses, along with a phonetic pronunciation guide, are displayed. The new server must devote hours to the hard work of committing these prayers to memory.
On the Practice tab, the server hears a recording of a Priest and Server reciting the Latin prayers and responses. By reciting along with the Server, while following along with the written prayers, he becomes more familiar with them. Ten buttons allow easy repetition of particular prayers on the recording.
Finally, on the Test tab, the server tests his proficiency. The audio contains only the Priest's voice, and the new server must make all of the responses. By using the Pause button, he can get help with any prayer on which he is stumbling.

This app is free, and in fact makes available the audio which has been sold on tapes and then CDs by Una Voce Pittsburgh since 1995.

See Introibo in the Apple store. 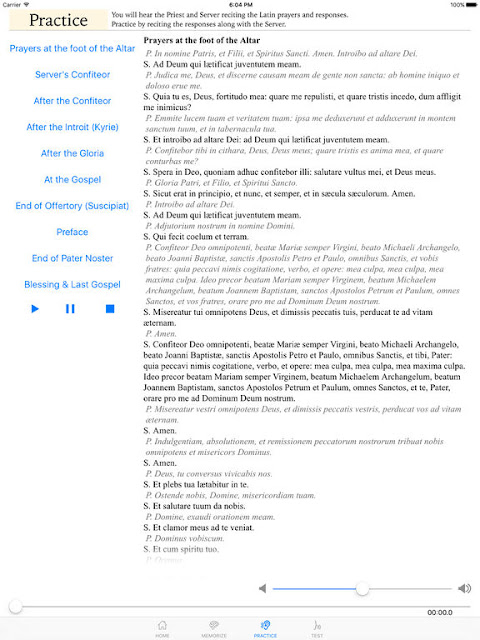