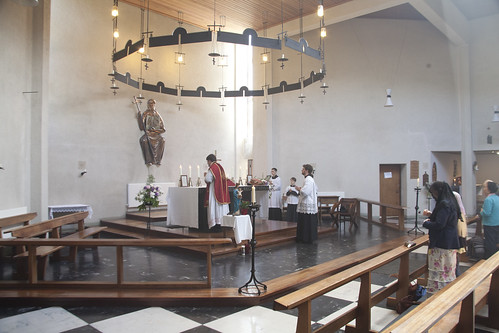 The southern part of Oxford is part of Portsmouth Diocese, since the Thames is the diocesan boundary: as it was in the Middle Ages. So just outside Birmingham Archdiocese, at the modern church of Holy Rood in the Abingdon Road, Fr Daniel Lloyd, Parish Priest and member of the Ordinariate of Our Lady of Walsingham, celebrated the Ember Saturday of Lent. This Mass was sponsored by the Latin Mass Society and accompanied by the Schola Abelis, Oxford's dedicated Chant schola (the Oxford Gregorian Chant Society). 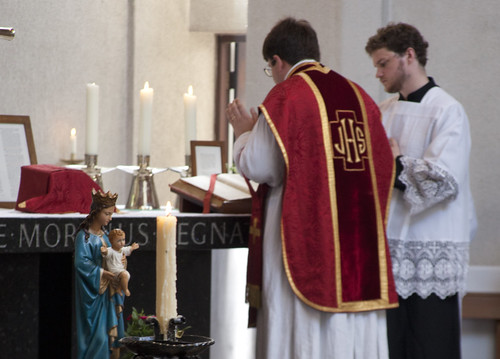 I'm not going to claim that this is the style of church I would choose above all others if I was allowed to choose... no one would believe me anyway. But as a matter of fact this church was built for the Traditional Mass, and the first Masses here were celebrated facing East, as it was last Saturday. Today the EF is celebrated every Friday at 12:30pm, and it is also the place in Oxford to find the Ordinariate Use. 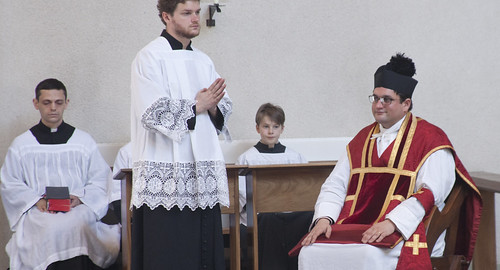 We had the full set of readings for the Ember Saturday, giving us a wonderful collection of texts - Scripture, collects, and chants - to deepen our appreciation of Pentecost. 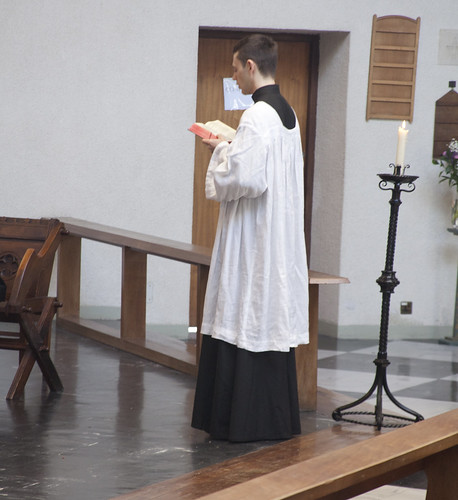 It is correct to say that great church architecture is appropriate for the Mass, and helps to lift the heart and mind to God: as does great liturgical music, and also smaller things like vestments and church plate. But I rather resist the idea that some styles of architecture render a church 'unsuitable' for the Extraordinary Form.  If there is room to genuflect in front of the altar, and space for the ceremonies, then it is possible to celebrate the EF, and it is always good to celebrate the EF. 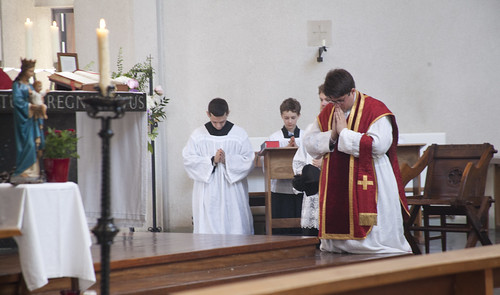 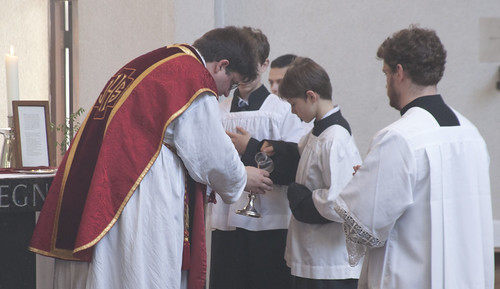 At any rate, I'd rather attend Mass in a modernist car park, which has been dedicated to Catholic worship, than in a Gothic masterpiece which has been secularised. And Holy Rood is not as bad as that by a long chalk - for the real modernist car park experience you have to go to the 'underground basilica' in Lourdes where the SSPX has celebrated Mass for pilgrims. 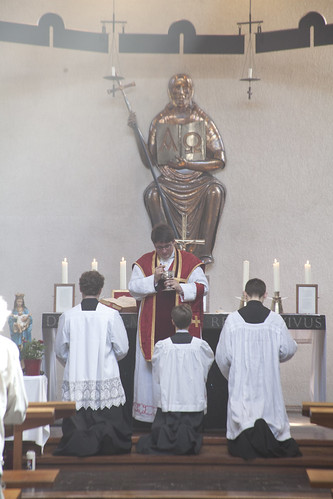 If the architects of that monstrosity and, perhaps, the forward-looking builders of Holy Rood, are turning in their graves at these developments, that's fine by me.

And thus the whirligig of time brings in his revenges. 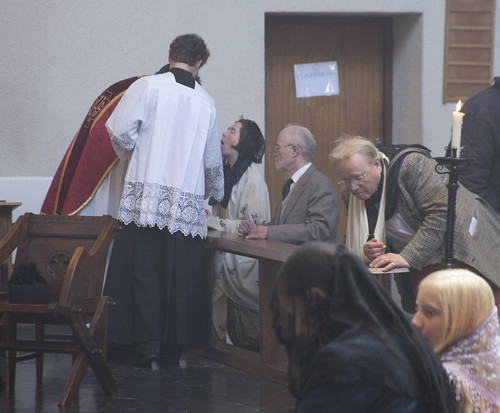 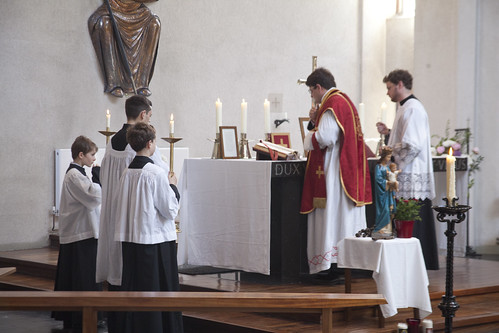 Support the work of the LMS by becoming an 'Anniversary Supporter'.
Posted by Joseph Shaw at 3:02 pm