On hat-doffing, in the Catholic Herald

This weekend I have a letter in the Catholic Herald about hats.

I've written about headcoverings in church here, and the decline of hats in fashion here. 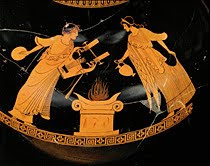 What I didn't mention in the letter is that the view I put forward in it, which I think is overwhelmingly plausible--that the discipline on head-coverings in the primitive Church was at the time a counter-cultural sign, as a reversal of Jewish practice--contradicts the standard narrative explaining why Catholic women are no long obliged to cover their heads in church today. This view found its way into the 1976 Instruction of the CDF, Inter insignores: that St Paul's stern demand that what he describes as a universal custom among Christians was 'probably inspired by the customs of the period', or, more simply, was a 'cultural fact'. 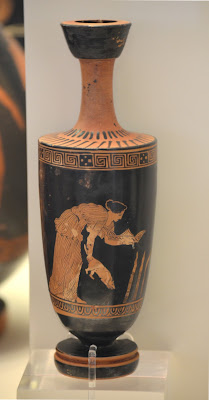 Inter insignores is a desperate attempt to stop post-Vatican II 'updating' throwing the baby out with the bathwater. The CDF wanted to argue that some of what St Paul and the New Testament in general said about the differences between the sexes was culturally-conditioned and could be ignored, but other things are of perennial and fundamental importance. It is a tricky argument to make, because what St Paul says about male headship and women covering their heads is so much more emphatic and theologically grounded than anything in the New Testament about women not being allowed to be priests. Indeed, if you want to construct a scriptural argument against female ordination, a topic not explicitly addressed anywhere in the canon, what St Paul says about the roles of the sexes is going to have to be your starting point: there is really nothing else.

To reiterate the point about the historically indefensible idea that the head covering rules were 'culturally conditioned', St Paul says that men should uncover their heads, and women cover them. In Jewish practice men's head-coverings were far more important than women's: and still are. In ancient Greek custom (to generalise) neither men nor women covered their heads in cultic contexts, though both could wear garlands of flowers. Anyone can see for themselves scores of depictions of sacrifices on Greek vases from a Google image search. In ancient Roman custom men or women who actually carried out a sacrifice covered the head, but no one else did (apart from those garlands): again, the are scores of ancient depictions which underline the point. There simply is no contemporary cultural practice corresponding to St Paul's rules. 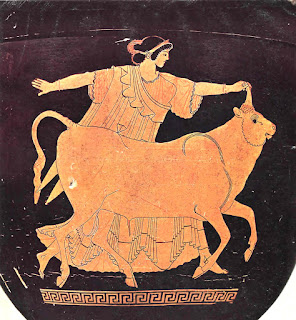 Laura Cathcart (Feature, May 26) is correct that men should take off their hats indoors, but this is a very recent custom. Prints and paintings confirm that men of the 18th and even 19th centuries thought nothing of wearing hats in coffee houses. Hat-wearing in the houses of Parliament was so widespread it became part of procedure. Only the Highest Anglicans took hats off to visit churches; earlier, Puritans had doffed them to pray, but replaced them to hear the sermon. The general rule of no men's hats indoors may owe something to the end of the 'Little Ice Age', which lowered temperatures from the 16th to 19th centuries, with a number of consequences for fashion.

The principle that men should not wear hats during worship (even outside), was established in the primitive Church (see 1 Cor 11:4) as a deliberate reversal of Jewish custom, in which men's head coverings during prayer are far more emphasised than women's. Indeed, in most cultures men cover their heads to show their respect: the magnificently attired Taureg in the same edition would cover his face more completely the greater the prestige of the individual he is addressing.

With the decline of hat-wearing for both sexes, it is a historical irony that women covering their heads in church, as many do when attending the Traditional Mass, as well as at the society weddings Cathcart refers to, stands out as a greater counter-cultural gesture than men taking theirs off.