A curious attack on the 'four Cardinals' 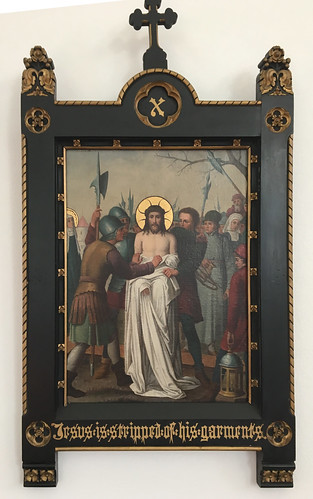 A certain Stephen Walford has written two blog posts at Vatican Insider criticising the stance of the four Cardinals who have asked Pope Francis for a clarification of the teaching of Amoris laetitia.

It is difficult to criticise a request for clarification: as Cardinal Pell put it, How can you disagree with a question? The opposition, some of it quite embittered, to the Cardinals' request reminds me of the advice given to Sir Gawain by his mother in his quest for the Holy Grail. 'Don't ask questions', she said: but it was only by the asking of a question, the seeking of the meaning of the strange vision he witnessed in the Grail castle, that the curse could be lifted. Have we come so far, as a Church, that questions are forbidden? Are we, the children of the Church, to be reduced to silence? Did Vatican II usher in an era of - what was that phrase? - dumb spectators? Does the old clericalist motto of 'pay, pray, and obey' now apply not just to the laity but to the most senior clergy in the Church?

The first of Walford pieces is about how we should accept the teaching of Amoris laetitia on the basis of the teaching of previous popes on the subject of Papal authority. He correctly points out that the Ordinary Magisterium can be infallible - infallible teaching is not limited to 'extraordinary' pronouncements such as the anathema of General Councils and solemn ex cathedra statements by Popes. He also, correctly, notes that not everything Popes say counts as Magisterial at all, let alone infallible: indeed they can teach error (he mentions Pope John XXII's sermons against the Particular Judgement). When this happens we say, obviously, that what they taught was not the teaching of the Church, but the Pope's 'private' views.


These observations, however, do not get us very far in assessing the alleged teaching of Amoris laetitia since pointing out that papal pronouncemnents can fit in anywhere on a spectrum between obligatory to believe and obligatory not to believe does not, on its own, tell us where on the spectrum these particular pronouncments sit. Walford gives his readers absolutely no assistance in working this out. It is obvious, however, that where we cannot use the form of teaching to help us determine whether it is magisterial or not (i.e., it is not expressed as the anathema of a General Council or a solemn ex cathedra decree), then we have to look at the content.

Thus, when Pope St John Paul II taught in Evangelium vitae that abortion is intrinsically evil (it can never rightly be done: no motive or circumstance can justify it), he prefaced it in a special, solemn way, but more importantly he connected it with the sources of the content of the Faith. (Section 57.)

Therefore, by the authority which Christ conferred upon Peter and his Successors, and in communion with the Bishops of the Catholic Church, I confirm that the direct and voluntary killing of an innocent human being is always gravely immoral. This doctrine, based upon that unwritten law which man, in the light of reason, finds in his own heart (cf. Rom 2:14-15), is reaffirmed by Sacred Scripture, transmitted by the Tradition of the Church and taught by the ordinary and universal Magisterium.

The second of Walford's pieces takes the form of an appeal to the Four Cardinals to 'reconsider'. He asserts that in various ways Pope Francis has already answered the questions they asked. The first of the dubia, which asked if those living in illicit unions as if married can be absolved and given communion, can be dismissed:

It seems that in relation to the first dubia, you have trouble accepting the two authentic interventions of Pope Francis in which he has already affirmed that in certain cases, sacramental discipline has been changed: firstly, in answer to Francis Rocca’s question on the flight from Lesvos to Rome on April 16, 2016, and secondly, on September 5, 2016, when he praised the Argentine Bishops’ draft guidelines stating there is: “no other interpretation” of Amoris Laetitia Ch. 8.

This is really glorious. The first 'authentic intervention' was an off-the-cuff answer to a journalist on an aeroplane; the second 'authentic intervention' was a private letter which was leaked to the press. Neither of them, obviously, will find its way into the Acta Apostolicis Sedis, the official record of Papal acts. Is this some kind of joke? Is this how Walford thinks that matters of fundamental importance are decided? He's pulling our legs here, surely?

But suppose for a mad moment that in Walford-land the Pope reserves his most solemn pronouncements for journalists in informal question-and-answer sessions, and letters which are not actually promulgated to the Faithful: why is the Holy Father reluctant to put this same answer into a letter to the Four Cardinals? Why is he so reluctant to answer this question to their faces that he has taken to cancelling his meetings with the College of Cardinals? Why not slip it into some official document? Indeed, why not make Amoris clear in the first place? Walford must realise that there is an answer to this question too.

What of the other dubia? On these Walford takes the opposite strategy. Instead of saying that the Pope in hints and winks has made it perfectly clear that a momentous change has taken place, he proposes that various bits of boiler-plate phrasing in Amoris itself is suffient to show that no change has taken place at all.

Here Walford seems to have missed the point of all the controvery since the document came out, and indeed of the meaning of the term ambiguity. The confusion has arisen from the fact that while some phrases in the document appear to reiterate the traditional position, other phrases seem to indicate something quite different. Being able to quote the former is absolutely pointless if you don't have a convincing explanation of the latter. Walford appears to recognise that he is unequal to the challenge, so he does not even attempt to explain them.

The passages which cause difficulty are helpfully listed by the 'Appeal to the Cardinals' of the '45 academics' (of whom I was one): see it here, thanks to 1Peter5. The claim of the Appeal was not that these passages cannot be read in a way compatible with the teaching of the Church, but that people were not always reading them in that way and that these other readings were leading them astray. In this situation what we need is an authoritative clarification. The Four Cardinals are asking for the same thing for the same reason. If the boiler-plate passages had been enough to stop these bad readings, then they would have done so; since they have not, more is needed.

This seems a simple enough line of argument, but Walford appears to inhabit an parallel universe in which the only problems being caused by Amoris are being caused by theological conservatives. If only the Cardinals, and their supporters, would pipe down, everything would be fine. It really wouldn't take much searching to find Catholics using Amoris to contradict those things which Walford claims Amoris preserves, which he lists as follows:

1) The teachings on the indissolubility of marriage remains
2) Each person must strive to follow the moral teachings of the Church
3) Divorce is an evil, and adultery is always evil—even if guilt can be reduced or erased altogether
4) Consciences must be formed. Nowhere does the text allow anyone to come to the conclusion they can do as they please
5) In no way does Pope Francis suggest that irregular unions are a “good” alternative option to the original marriage. However, it cannot be denied that grace is at work in some of these unions

We don't need to start citing Fr James Martin SJ and Mgr Basil Loftus, however. For the fundamental problem with Walford's position is that the one issue he does think Amoris changes itself contradicts these claims.

As already noted, in his view the Pope's answer to the first dubium is in the affirmative: Can those living in illicit unions as if married can be absolved and given communion? Yes. But, Walford claims, while this is a change, it is only a change to discipline, not doctrine. (One wonders, then, why in his first article he needed to emphasise so much Pope Francis' authority over dogma, if dogma hasn't changed at all.)

Here Walford is sadly mistaken. It is impossible for a priest to give absolution and Holy Communion to a person who is publicly living an adulterous life and - we should add - is not in some psychlogical state which undermines his moral agency or makes him unable to comprehend the moral law. If marriage is indissoluble (Walford's first point of unchanged doctrine), and if we are obliged to keep the moral law (a truism, but Walford's second point), and if adultery is always an evil (Walford's number three), then it follows that a penitent who knows he is committing adultery and fails to repent of it, cannot be absolved. Furthermore, if by public civil marriage his situation is well known to priest and people, the priest cannot give him Holy Communion.

The second point is a matter of the discipline of Canon Law, Walford may say: but as a matter of fact the Canon Law has not been changed, so if Walford thinks that there is no possible confusion here, he needs to explain why the Pope is asking priests to break Canon Law when he could change it. It may be that the Pope hesistates simply to abolish the relevant Canons because as many have pointed out these Canons simply reiterate Divine Law, and for all his plenitude of power the Pope can't change that.

This should be even clearer on the first point, the case of Confession. Walford talks about a change to the 'marriage discipline', but his claim about what Amoris means carries over, by his admission, to the conditions under which a priest may give sacramental absolution. Can the Pope change these conditions? In certain ways: he can 'reserve' certain sins so they can only be absolved by the bishop or by the Holy See, for example. But can he make it possible for a priest validly to absolve a penitant of a mortal sin which the penitent does not repent?

This suggestion is so insane that I do not believe that Walford can have this in mind. But the only alternative appears to be to say that by some secret decree Pope Francis has brought it about that adultery is not an 'evil' after all: instead of re-writing the conditions for a valid absolution, we would then be in the business of re-writing the Ten Commandments. And that is insane as well.

This, Mr Walford, is why the Four Cardinals are pressing the Holy Father for an answer. The common interpretations of Amoris, including those which appear to have Pope Francis' favour, lead to theological impossibilities. To refuse their right to ask this question is to condemn each and every Catholic to padded cell.

Related: my discussion of the letter to Bishops of Buenos Aires.

Support the work of the LMS by becoming an 'Anniversary Supporter'.
Posted by Joseph Shaw at 8:56 pm