A Requiem in London: on silent and hidden liturgy

Yesterday I attended a High Mass of Requiem in London, in the lovely Church of Our Lady of the Assumption, Warwick Street. I was able to take photos from the gallery, which is enormous: not just a choir loft but a large seating area, curving round both side walls of the church so that the wings are close to the sanctuary of the church: a brilliant place from which to see what is happening. 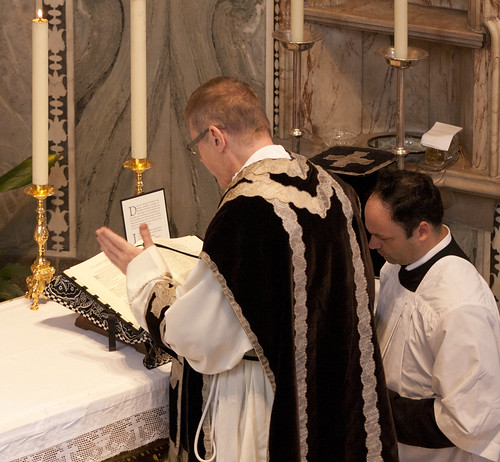 It struck me how much of the Traditional Mass is not, in fact, intended to be seen at all. Even from this advantageous viewpoint, I only saw glimpses of the priest's hand gestures (each of which has a distinct meaning), the blessing of the incense, the pouring of wine and water in the chalice, the lavabo, and so on. It was a High Mass, and in certain points the deacon and subdeacon formed a more complete screen than the servers usually would. 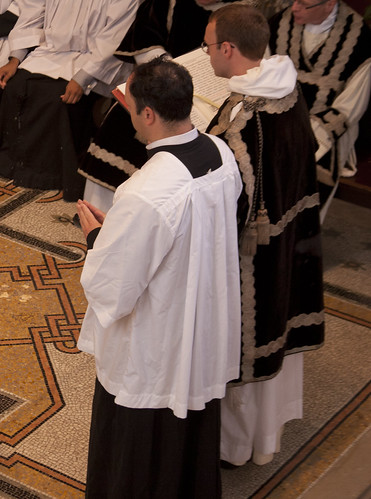 But of course it is the same with the texts. At High (or, indeed, Sung) Mass the Prayers of the Foot of the Altar are inaudible to the congregation, because there is singing going on. At any Mass the Offertory and Canon are silent.  And there are all sorts of other texts spoken in a 'low voice': some of which are said in a low voice at the Novus Ordo too, such as the Lavabo prayer (much truncated in the Ordinary Form, but still not supposed to be heard by the Faithful). 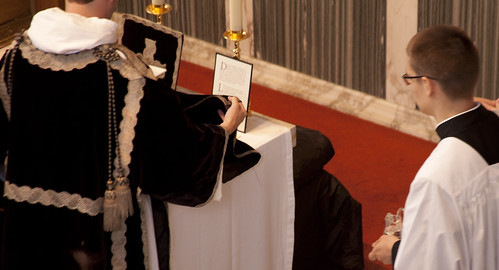 There is still plenty to see, and to hear: the senses are certainly not starved, and indeed certain things are made very clearly and beautifully visible and audible indeed, creating a very intriguing and satisfying series of contrasts. But it remains a challenge to any conception of the liturgy which places the edification of the people in the first place. Invisible ceremonies and inaudible words are not, in the normal way of things, going to serve to instruct the people. 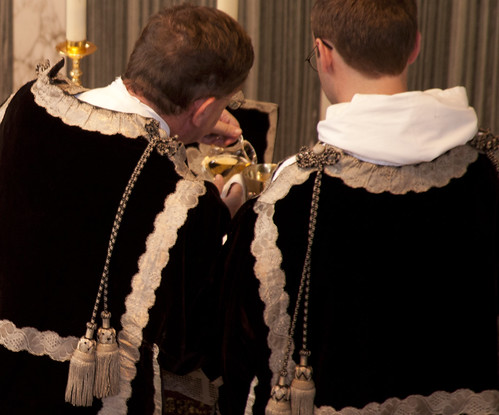 We have to adopt a different way of thinking about the Mass. It does instruct the Faithful, but that is not its primary goal. It is true that the carefully busy priest at the altar doing we-know-not-what is itself a lesson, but a lesson in what, exactly? 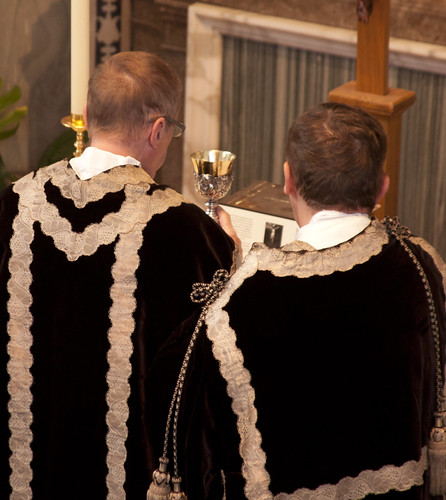 The point of these ceremonies and texts is that they are liturgically appropriate, indeed called for. They are part of a liturgy which expresses in all sorts of ways the things which we want it to express, addressed not to us, but to God. And they are part of a ritual which has an objective value and efficacy. The blessings and, above all, the consecration of the Sacred Species, is something which happens really, objectively, and it is important for us to know that it does so: it is not dependent on the Faithful's response, any more than on the priest's worthiness. 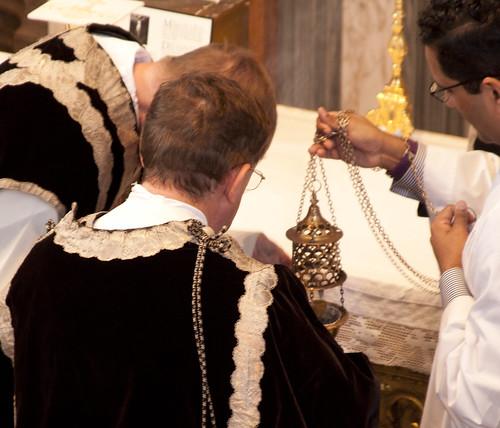 This is, or should be, particularly clear in a Mass for the Dead. The souls of the departed are not in need of edification by human means. They are in need of our prayers and of the offering of the Mass for them. And that is what, in the traditional Mass, they unequivocally receive. 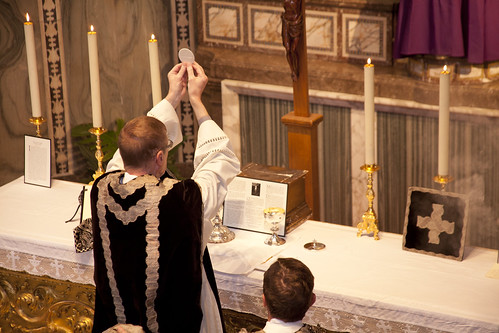 This Mass was celebrated by Fr Mark Elliot Smith, Parish Priest, assisted by Fr Michael Cullinan (deacon) and Br Albert Robertson OP (subdeacon). It was accompanied by Cantus Magnus under the direction of Matthew Schellhorn. The occasion was the year's anniversary of the burial of Anthea Craigmyle. 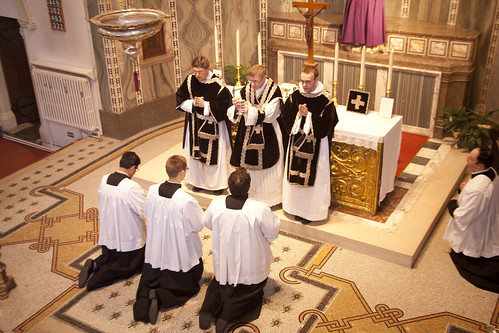 Labels: Silence in the Liturgy