In my last post on the egregious Catholic Times columnist Mgr Basil Loftus, I noted his hatred of the Reform of the Reform and of the Traditional Mass. This hatred extends to the Ordinariate liturgy as well, to which he referred on 7 July 2013:


How can we tolerate, let alone encourage, alternative and extraordinary forms of worship within the parameters of the Catholic Church, whether in the extraordinary form of Mass or in personal ordinariates, where the ‘clamour’ or pomp now rightfully being expunged from the Church lingers on? At the moment this is only a question. It may well soon become a real problem.

This aggressive attitude alternated for a time with expressions of a live-and-let-live philosophy, which of course has for the most part been Pope Francis' own, on liturgical matters. In his more recent columns, however, Loftus has taken a more consistently hostile view of all liturgical developments which aim at what we might call a resacralised liturgy. The 2011 translation of the Ordinary Form is an example upon which he constantly harps; others include the 'Benedictine arrangement' of candles on the altar when the priest celebrates 'facing the people' (i.e. the traditional 'big six' candles, plus crucifix, obscuring the people's view of the priest); the use of Latin; the non-use of Altar girls; the Traditional Mass; and above all the celebration of Mass ad orientem, with the priest and people facing the same way, east.

Given how utterly insignificant are the number of churches in the UK at which any of these phenomena can be found - except for the new translation - you'd think that Loftus would be able to find topics more pertinent to his readers. Why is it so important for him?

This is an example of a wider puzzle about intolerant liberals in the Church. On liturgical issues, they've won: almost every Catholic church in the developed world has been wasted by ruthless liturgical vandals, and almost every Mass celebrated in the Latin Rite is deprived of 98% of the authentic colour, ritual, and mystery which once made the Catholic Mass such a consolation for Catholics, and so awe-inspiring to non-Catholics. Ok, so a few stray priests and faithful are scratching about in the rubble, but they are not going to constitute even 10% of the Faithful in the lifetime of any member of the Vatican II generation. Why not just leave them to get on with it?

For an expression of the liberal attitude, the extract in the photo will serve as a good example. There are various psychological explanations for the illiberal liberal, but as far as rational arguments go, it is simply a reiteration of the arguments made about the need for reform in the 1950s and '60s. It was said then that the Church was failing to make the impact she should make because the form of her liturgical and indeed cultural life was 'out dated'. Just as we need the latest cars and trains and computers (with lots of valves) in order to be efficient, so we need up-to-date liturgy, reflecting up-to-date ideas about liturgical history, scriptural scholarship, and also about effective communication, psychology, and the needs of 'modern man'.

And so we have this wonderful 'New Mass' informed by the freshest scholarship and brightest ideas, of about 1958. And this really can't be improved on, can it? Because just as the Italian Renaissance was a pinnacle of artistic achievement, so the untested enthusiasms of the late 1950s were and remain the absolute last word on the techniques of evangelisation.

Obviously, what in the liturgy was (in Loftus' words) 'culturally at odds' with the 'modern world', in the 1950s and today, was 'at odds' with it in the 1850s, and to a large extent the 1150s, because even then the Roman liturgy was famous for being ancient. Come to that, the language of the liturgy and the Bible was a cultural oddity in the 450s: it was evidently and strangely different from the language of ordinary speech. How often did people in the streets of Rome say to each other 'Quaesumus, Domine' or 'Amen, amen, dico vobis'? One might indeed ask, Is that even Latin? 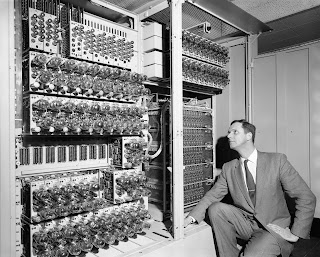 So maybe the Church in her wisdom had some idea other than that of conforming the world, when it came to liturgy, just as she did when it came to doctrine. Certainly Loftus is correct to link the two. The doctrine which was a scandal to the Jews and folly to the Gentiles was able to save people from the errors of the ancient world, of the medieval era, and of the modern world alike, precisely because it did not conform too closely to changing preferences.

What is most amazing of all, however, is the idea that any alternative to the suicidally counter-productive policies of the last half-century and more would make things worse. Loftus is not alone in insisting on that. We can't, of course, know with any certainty what would have happened without the post-Consiliar 'auto-demolition' bewailed by Pope Pius VI, but we do know what is happening right now to ecclesial bodies which took the process even further. What Loftus would like to see is the Church's adoption of the model displayed by liberal Anglicanism, and if you want to know what difference this would make to the Church's fortunes, just look what it has done for Anglicans. The decade from 2005 to 2015 saw a 12% drop in their church attendance.

Just as Pyrrus realised he couldn't survive many more victories over the Romans, I don't think the Anglicans can survive much more of this kind of revival.