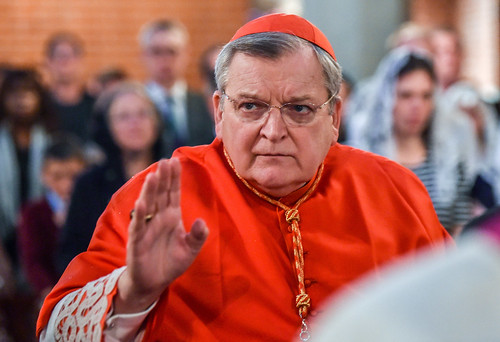 His Eminence Raymond, Cardinal Burke, celebrated Low Mass in the Shrine Church of Corpus Christi on Monday 16th September, at the request of the Latin Mass Society. We were very honoured by his kindness in doing this, which is very characteristic of him. 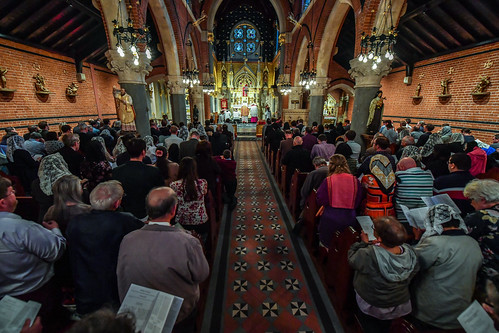 This church is one of London's historic Catholic churches, and has a special place in the history of the Traditional Mass, as thanks to various parish priests over the years the celebration of the ancient Mass never ceased here. Today it is, of longstanding custom, celebrated every Monday evening, a Mass organised by the Latin Mass Society, and on some other occasions as well. Cardinal Burke was a very special celebrant, therefore, for this regular Mass, which is usualy a Missa Cantata. 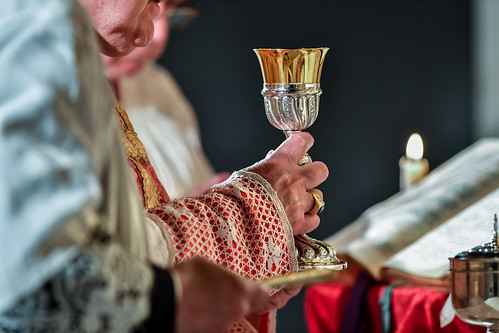 The Shrine Custodian and Parish Priest, Fr Alan Robinson, very generously assisted us in preparing for this Mass in his church, which took place also with the knowledge and good will of His Eminence Vincent, Cardinal Nichols, Archbishop of Westminster. We are very grateful to all those who made this Mass possible. 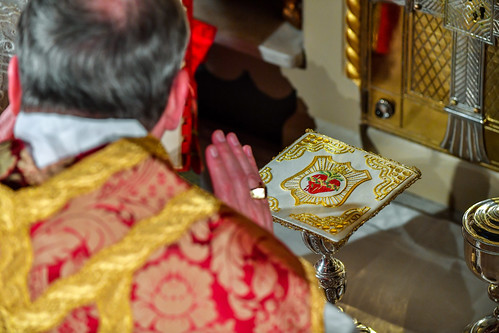 The church was absolutely packed, with about 300 people. Cardinal Burke had previously been to Glasgow and had celebrated Mass there for the anniversary of Summorum Pontificum. He subsequently addressed the Confraternity of Catholic Clergy in London. 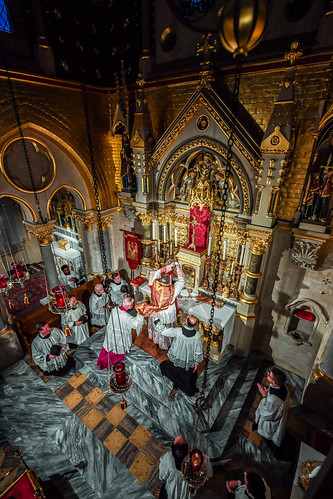 The Mass was Low, celebrated in a solemn form, and accompanied by some lovely music by Elgar, Franck and Palestrina, sung by Cantus Magnus under the direction of Matthew Schellhorn. 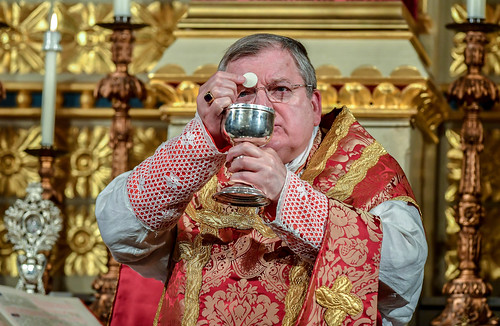 His Eminence was assisted by two Chaplains of Honour, Mgr Gordon Read and Fr Rupert McHardy of the London Oratory. The Master of Ceremonies was Mr Richard Picket. We had a very well-prepared serving team, which included many of those who serve regularly for the Monday Masses in Corpus Christi. These photographs were taken by a professional photographer, John Aron. 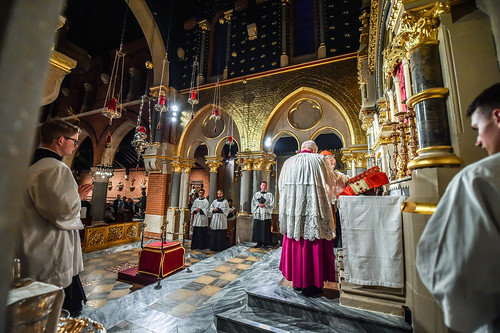 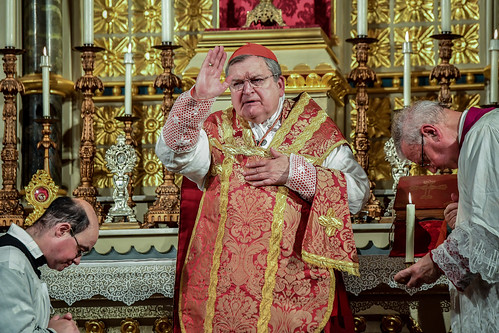 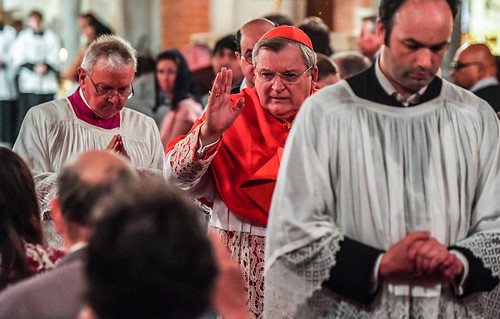 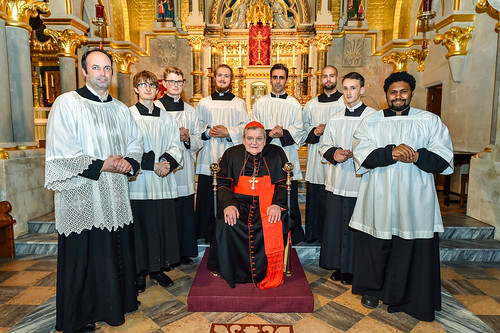