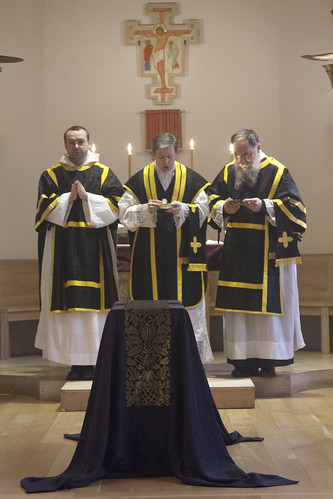 My latest on LifeSiteNews.
Recently, it was reported that more than half of self-described Catholics do not believe in the Real Presence at all. As I have written before, this represents an emergency, a pastoral crisis, which has received a somewhat lethargic response. Not long before the survey about beliefs came out, Stephen Bullivant’s survey on lapsation recorded lapsed Catholics complaining that their parish catechists didn’t believe the Faith and were not passing it on. It seems that some of our lapsed brothers and sisters would like to insist on higher standards of orthodoxy than some of our priests and bishops.
Apart from catechesis and preaching, one traditional response to error about one doctrine or another is to emphasize the correct teaching liturgically. Bowing or kneeling at references to the Incarnation (in the Creed, when we say “and was made man”), for example, helps to hammer home the truth about that. I am a strong believer in the power of the liturgy to reinforce the Faith: for one thing, it is impossible to get adult Catholics to go to catechism classes, but if they come to church at all, they will experience the liturgy. Can Eucharistic Adoration help, then, in restoring the sense among Catholics that Christ is truly present in the Host?
Continue reading.
Support the Latin Mass Society
Posted by Joseph Shaw at 1:17 pm