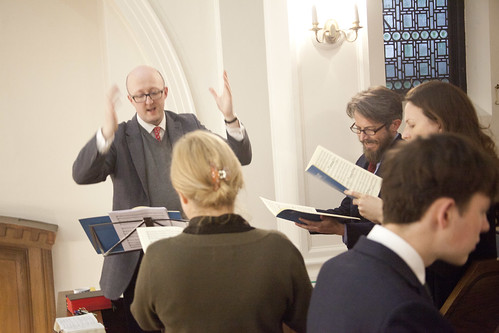 Cantus Magnus is a small polyphonic choir which sings exclusively for the Traditional Latin Mass, and is directed by the Latin Mass Society's London Director of Music, Matthew Schellhorn.
Matthew reports on the Cantus Magnus Facebook page:
'We are utterly thrilled that Sir James MacMillan CBE has agreed to become Patron of Cantus Magnus. Speaking of the appointment, Sir James wrote: "I was delighted when Matthew Schellhorn invited me to become Patron of Cantus Magnus. His endeavours seek to bring souls to God with the highest possible quality in performance of the best Catholic music. Matthew is a consummate musician in both the secular and sacred spheres and I have known and admired his work for many years. His hard work has never been more needed, and helps the Church and its music go from strength to strength."'
Support the Latin Mass Society
Posted by Joseph Shaw at 4:57 pm