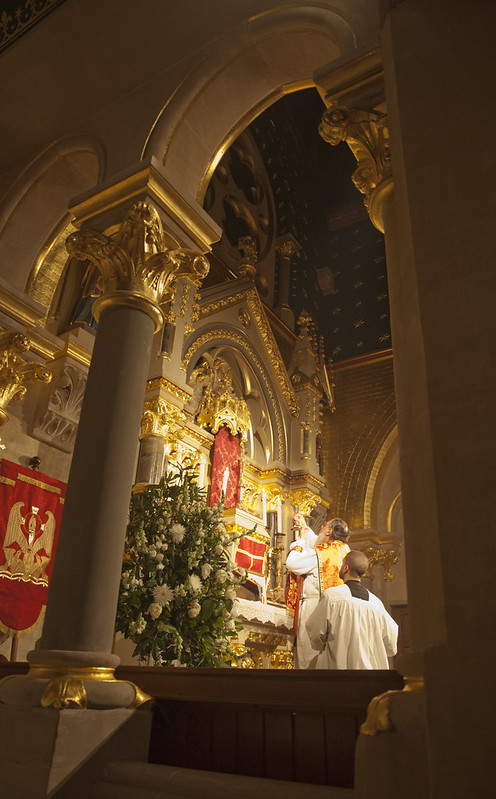 Cantus Magnus, a professional sacred music choir under Matthew Schellhorn, is announcing a scheme whereby anyone can ask for a Sung Requiem Mass to be celebrated for their loved ones, to be fitted in to or added to the regular EF Masses which are celebrated in London.
London is unique in the world for the number of Sung Traditional Masses which are celebrated regularly. As well as a Sung Mass on Sundays in St Bede's, Clapham Park, the normal, non-lockdown pattern, to which we are at last returning, is a Sung Mass every Monday in Corpus Christi, Maiden Lane, every Wednesday in Our Lady of the Assumption, Warwick Street, and one Friday a month in St Mary Moorfields for the Juventutem group. A good number of these Masses are High Masses with deacon and subdeacon. 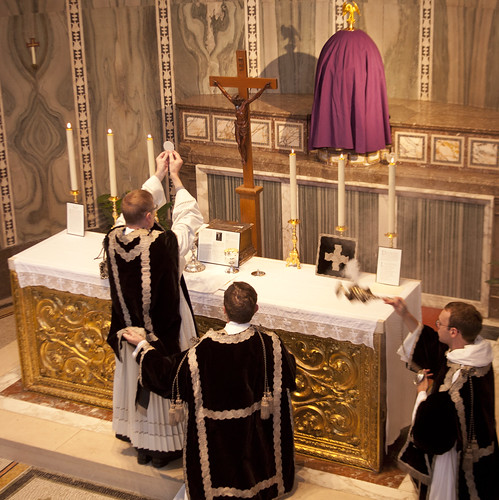 A major constraint on having more such Masses is the groups of singers who serve them. The two amatueur groups who sing for many of these Masses are limited by their time. Other Masses are covered by a professional choir, Cantus Magnus, singing chant and polyphony, which is limited above all by the financial sponsorship available.
We are looking for further financial sponsorship for these to allow more people to play a direct role in their support, to allow people to request Sung Masses for particular intentions, particularly for the dead, and to increase the number of Sung Masses which we can arrange. These can be Masses of Requiem when the day permits it: i.e. there isn't a feast day.
(Requiem Masses can be celebrated on 4th Class feasts, and on third and even second class feasts on certain occasions, such as the anniversary of the day of death or burial.)
You can have a Mass celebrated for a particular intention for a small sum or as a favour very easily: the point of this idea is that people can sponsor a choir to sing at Mass. The cost of this is greater for polyphony, with three or four or more professional singers; Chant can be sung by two cantors.
For more details, see here. 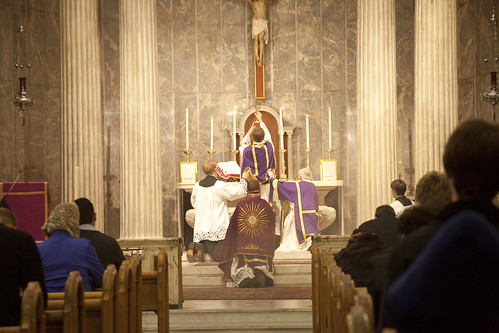 Photos: The Traditional Mass celebrated in Corpus Christi Maiden Lane, Our Lady of the Assumption Warwick Street, and St Mary Moorfields, all in London.
Support the Latin Mass Society
Posted by Joseph Shaw at 9:32 am