In Defence of Primary Educators: a protest against Sex Ed in Catholic schools 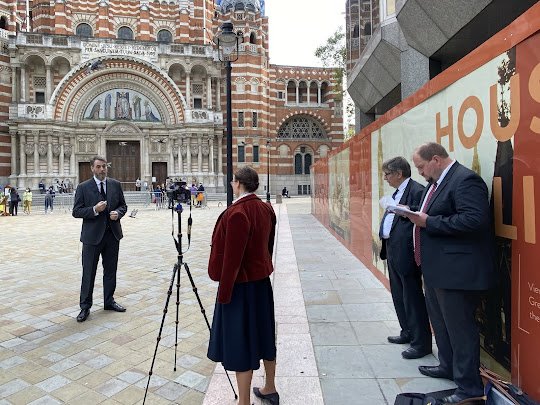 Below is a piece I've written for LifeSite on the campaign against Sex Education in Catholic schools. Our Coalition in Defence of Primary Educators now has a website, and with LifeSite we have created the following video.

Last week, on the Feast of the Holy Name of Mary, I knelt with two others in front of Westminster Cathedral, the magnificent Byzantine-style mother-church of the premier diocese of England and Wales, and the seat of Britain’s only Cardinal, Vincent Nichols. We prayed the Rosary together for our bishops. We had already written to them: we, and supporters or our three organisations, which have come together for this cause—the Society for the Protection of Unborn Children, Catholic Man UK, and the Latin Mass Society, of which I am the Chairman—and we received formulaic responses from most of them, telling us that everything will be fine.

But it is already not fine, and we can all read for ourselves the legislation and official guidance which will before long be enforced on schools under our bishops’ authority, which will make things even less fine. For this legislation is imposing a program of “Personal, Health, and Sex Education” (PHSE) which demands that choosing not to kill the child in the womb is just one acceptable option among others, and that Christian marriage is just one life-style choice alongside same-sex unions, and every other possibility. We know from the lesson-plans, produced not only by the Government but by the Bishops’ own agency, the Catholic Education Service, that children in schools claiming to be Catholic and funded in part by Catholic offertory collections are already bullying, browbeating, and shaming children who dare to give voice to their instinctive regard for natural marriage. This approach will be rolled out and enforced with greater and greater rigor when the new legislation comes into force next year, after a delay caused by the Coronavirus.

Read the whole thing.
Support the Latin Mass Society
Posted by Joseph Shaw at 10:00 am