Conspiracies! Podcast with Kevin Symonds from the LMS 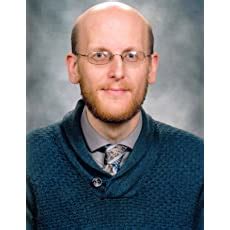 The Prayer to St Michael; Bugnini and the Freemasons

Kevin Symonds is the author of books on private revelations and aspects of modern Catholic history, including some which seek to get to the bottom of some famous stories: did Leo XIII really have a vision of Satan before composing his Prayer to St Michael? Has the Vatican hidden the key part of the Third Secret of Fatima? He has recently been working on the question of Annibale Bugnini’s alleged Freemasonry, and the question of Communist infiltration of the Catholic Church: both issues discussed in the podcast.

See Kevin’s personal website. His most recent books are Pope Leo XIII and the Prayer to St. Michael (2018) and On the Third Part of the Secret of Fátima (2017).

Discussed in the podcast is the story of Annibale Bugnini and the briefcase, which is recounted in a book review by Kevin in the Latin Mass Society’s magazine, Mass of Ages, from Spring 2020.

This podcast can be found on various Podcast platforms, including Spotify: just serach for 'Latin Mass Society'. Here's a link to it on Podbean:
https://latinmasssociety.podbean.com/e/iota-unum-talk5-part-1-joseph-shaw-in-conversation-with-kevin-symonds/
This is Part 1 of my conversation with Kevin: Part 2 will be released on Thursday 25th Feb.
Support the Latin Mass Society
Posted by Joseph Shaw at 9:38 am