Letter in The Tablet

A letter in The Tablet recently referred to the remarks of Bishop Burns about 'Clericalism' to say it is Clericalism to deny 'to the laity, and especially to females, the exercise of those ministries rightfully theirs.': this (says this Irish priest) is 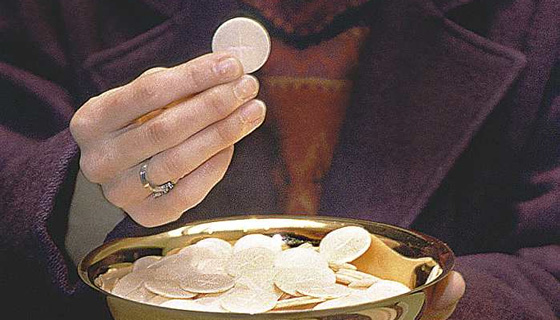 'deliberate abuse of the People of God'. The implication that cutting back on Eucharistic Ministers is one of the Sins Crying Out to Heaven for Vengeance is pretty silly, and I have replied in a letter published in the current issue, as follows.

Your correspondent Fr Butler (Letters, 15th January) makes the useful point that refusing the faithful their rights is an example of clericalism. It should not be assumed, however - and Bishop Burns, to whom he refers, does not assume - that the faithful have a right to whatever is merely permitted by the Church's law.

To illustrate, it was long assumed by many that the Traditional Mass was allowed only as an exception to liturgical law, by an indult. In that situation it could not be argued that the faithful had a right to it. When it was clarified by Pope Benedict in 'Summorum Pontificum' (§1) that the 1962 Missal was 'never abrogated', it followed (as the document makes clear) that faithful and clergy alike do have a right to it. Monsignor Perl, when Secretary of the Pontifical Commission Ecclesia Dei, drew the next implication by ruling that seminarians have the right to be taught it (letter, 9th February 2008).

Furthermore, altar girls (like communion in the hand) are contrary to the Church's law, and only allowed by indult, and EMHCs are allowed only in exceptional circumstances, as 'Redemptionis Sacramentum' (§§155ff) makes clear. To suggest that the faithful have a right to exercise a ministry permitted only in exceptional circumstances, or by special indult, would be one absurdity piled upon another.

The recent public comments by the Bishop of Menevia (News from Britain and Ireland, 8 January) are music to the ears of those of us who, for years, have been warning against the insidious and destructive growth of selfserving clericalism. Historically, it may indeed be a throwback to pre-Vatican II times but, as a modern phenomenon, and disturbingly so, it is to be found among the ranks of clergy who, for the most part, are far too young to have any conception of how things really were in the Church prior to the incredibly wonderful transformation that is the fruit of that great council. That irreversible change means that there is now no longer any excuse for the liturgical abuse (the flamboyant dressing and selfimportant gesturing) that the bishop so eloquently describes. Even more to the point, all of our bishops should take strong and immediate action to deal once and for all with the deliberate abuse of the People of God, which, in many of our parish communities, denies to the laity, and especially to females, the exercise of those ministries rightfully theirs.