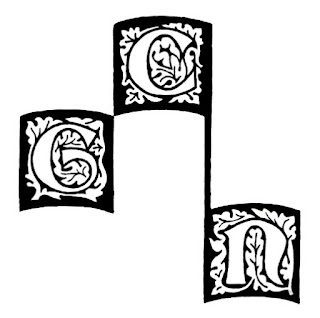 Yesterday I chaired the second biennial meeting of the Gregorian Chant Network, which was founded at the first meeting two years ago. Yesterday's meeting was addressed by Dr James MacMillan, the composer, Fr Guy Nichols, the founder of the Newman Institute of Music in Birmingham, and myself; it took place in the London Oratory, and concluded with Vespers in the Little Oratory celebrated by Fr Andrew Southwell, LMS Chaplain.

The meeting was attended by directors of Catholic chant choirs from all over the country, chant experts, and representatives of the organisations which support the Chant Network: as well as the Latin Mass Society, Una Voce Scotland, the Association for Latin Liturgy, the Schola Gregoriana of Cambridge, and the St Catherine's Trust. I can now announce that we have two more institutional supporters: the Ordinariate of Our Lady of Walsingham, and the Bl John Henry Newman Institute of Music.

Dr Macmillan addressed the audience of just over 50 on the significance of Chant in the musical patrimony of the Church. You can listen to his talk here.

After lunch I gave a report on the progress of the GCN over the last two years, and introduced Fr Guy Nichols, who spoke about the work of the Newman Institute. We then rehearsed for Vespers, and celebrated Vespers together after tea. The whole day was a great opportunity to meet other people working for the cause of Chant in the Catholic Church, for mutual inspiration and support. It was very kindly hosted by the London Oratory, in the St Wilfrid Hall and the St Joseph Hall.