The Tablet, Portsmouth Diocese, and the Laity 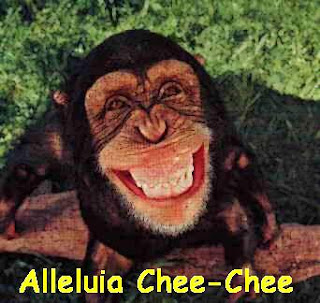 Predictably enough, and as Protect the Pope has observed, The Tablet cannot view the departure of Paul Inwood from the payroll of Portsmouth Diocese without a protest. Inwood was due to retire before long, so it is hardly an earth-shaking event. I am reminded of the words of Polixenes in A Winter's Tale:

... Thou old traitor,
I am sorry that by hanging thee I can
But shorten thy life one week.

What a tragic, tragic waste that Inwood's influence over the music of Portsmouth Diocese has been cut short ... so little.

But more seriously, The Tablet wants to weave the (clearly very necessary) financial review in Portsmouth into its usual narrative: Vatican II-loving bishops and priests want 'lay involvement', so they employ lots of lay people who bring their special talents to the work of a diocese or parish; horrid old conservatives, who don't like Vatican II, are 'clericalists', they don't like lay involvement, and they don't employ all those talented lay folk, and when they get the chance they sack them.

Lay-led organisations like the Latin Mass Society are hard to place in this narrative, and indeed conservatism and traditionalism are more lay movements, in the Church, than clerical ones (particularly in the UK). The laity so lauded by The Tablet, on the other hand, tend not to inhabit independent institutions, but seem almost always to be connected with an essentially clerical bureaucracy -- one funded, and usually headed, by clerics, whether at the level of parish, diocese, or Rome.

To generalise, Catholic 'progressives' are like their secular counterparts in seeking to bring about change by intervention from above, by people in authority and institutions with money and power. Ideally this is the state, but NGOs are a good substitute, the United Nations is a paradise, and the central institutions of the Church, with their financial resources, and authority over ordinary Catholics, lay or clerical, do very nicely. People who believe that all our problems can be solved by the State, in politics, or by top-down 'reform', in the Church, unsurprisingly devote their energies to those centralised institutions in which they believe salvation lies. People who believe in private enterprise and individual initiative, in politics, or in the sacraments and individual conversion, in the Church, devote their energies to work on the ground, and are well represented among those involved in independent practical initiatives like setting up a soup kitchen, a choir, or an appeal for the Church roof.

The question is: Do we want to concentrate power in the centre, where it can be controlled by a small group of people, 'experts' perhaps, or do we trust people to get on with their lives, their professions, their vocations, with help, if necessary, but normally with the resources available locally and non-coercively?

The Tablet often talks about centralisation as a bad thing, but they have got themselves on the wrong side of the debate. When a central administration is set up in a diocese, or a bishops' conference, or in Rome, it may see itself as merely helping the locals, but if it makes a difference at all it will be  centralising one. As parish priests in Portsmouth Diocese told their bishop, they are bound to feel disempowered to do catechism, music, or anything else the way they want to do it, or to do it at all, if there is a central organisation competing with them, or prescribing exactly what they should do. As Bishop O'Donaghue famously pointed out, bishops themselves feel disempowered if they find that every aspect of their episcopal responsibility has been taken up by some committee in London which knows better than they do.

Due to the division of areas of responsibility among the bishops, such as education, liturgy, healthcare, migrants etc, there can often be reluctance among the rest of the bishops to speak out on these issues, as if somehow they had handed over their competence in these areas to the responsible bishop and his particular committee. For example, there seemed some surprise in some circles that I had issued my teaching document, Fit for Mission? Schools.

What The Tablet can't explain is why this kind of centralisation, towards expensive bureaucracies in dioceses and bishops' conferences, is a good thing, but the counter-balancing centralisation of power to Rome is a bad thing.

It is true that many of the people employed in these diocesan curias and in the Bishops' Conference offices in Eccleston Square in London are lay, but Episcopal bureaucrats with lay underlings is not the golden future the Second Vatican Council had in mind when it called for lay involvement. No, the Vatican II model was that the laity function as laity: not as a sort of minor clergy, fulfilling clerical functions under clerical leadership.

Let me end with some illustrative quotations from the pithily named Vatican II Decree on the Apostolate of the Laity, Apostolicam actuositatem.

7. The laity must take up the renewal of the temporal order as their own special obligation. Led by the light of the Gospel and the mind of the Church and motivated by Christian charity, they must act directly and in a definite way in the temporal sphere.

It has a lot to say about 'Catholic Action' in later sections.

Families should do what only families can do:

11. Among the various activities of the family apostolate may be enumerated the following: the adoption of abandoned infants, hospitality to strangers, assistance in the operation of schools, helpful advice and material assistance for adolescents, help to engaged couples in preparing themselves better for marriage, catechetical work, support of married couples and families involved in material and moral crises, help for the aged...

The role of young people and even children is mentioned too.

And blogging? Of course:

6. ...this sacred synod earnestly exhorts laymen-each according to his own gifts of intelligence and learning-to be more diligent in doing what they can to explain, defend, and properly apply Christian principles to the problems of our era in accordance with the mind of the Church.

4. The perfect example of this type of spiritual and apostolic life is the most Blessed Virgin Mary, Queen of Apostles, who while leading the life common to all here on earth, one filled with family concerns and labours, was always intimately united with her Son and in an entirely unique way cooperated in the work of the Saviour.
Posted by Joseph Shaw at 4:31 pm